The Haruta school, which presumably started in Nara during the early Muromachi period (1333-1573) and remained active throughout the Edo period, was undoubtedly one of the most important centres for the manufacture of early samurai armour in Japan and, along with the Iwai school, one of the first to be documented. This school's armourers focused on the design of the kabuto, the samurai helmet, a crucial component of Japanese armor. It is no surprise that the earliest known armourer's signature is that of Haruta Michichika on a late 15th century suji-bachi kabuto inscribed "Nanto junin Haruta Michichika" which is currently preserved in Japan at Oyamazumi Shrine.

The akoda-nari kabuto, a kind of suji-bachi kabuto with a distinctive shape that resembles a squashlike fruit, is the most renowned model ascribed to this school. This form was not only exquisite, but it also kept the chonmage, the samurai hairstyle's characteristic folded tail, from being crushed. In the earliest versions, this type of kabuto was usually lavishly finished, coming from a period when helmets were only worn by samurai of the highest rank: lacquered in black and adorned with gilded copper applications on the raised edges of the plates (so-fukurin) and at their bases (igaki). These kabuto were typically fitted with applied gilt decoration in the shape of votive swords (shinodare) and with a decoration on the front that resembled stylized antlers (kuwagata). Signed kabuto are scarce, and they often bear the single character "kami" inside the helmet rather than the smith's or the school's names.

Concern for aesthetics was typical of western Japan's armor production, which had its main center in Nara, but from the late Muromachi period onwards, it became clear that new fighting techniques, with larger samurai armies and newly developed weapons, were accompanied by the need to wear stronger helmets capable of absorbing the impact of bullets fired from matchlocks. The development in eastern Japan of samurai helmets more suited to this new type of warfare, usually of lamellar design with many overlapping plates, relegated the usage of the akoda-nari kabuto to ceremonial armour. A notable example is the set of sixteen suits of armour presented to the Owari Tokugawa family in 1616 as Tokugawa Ieyasu's legacy - which were previously assumed to be of Toyotomi Hideyoshi's kagemusha - fitted with an akoda-nari kabuto still in the Momoyama era. 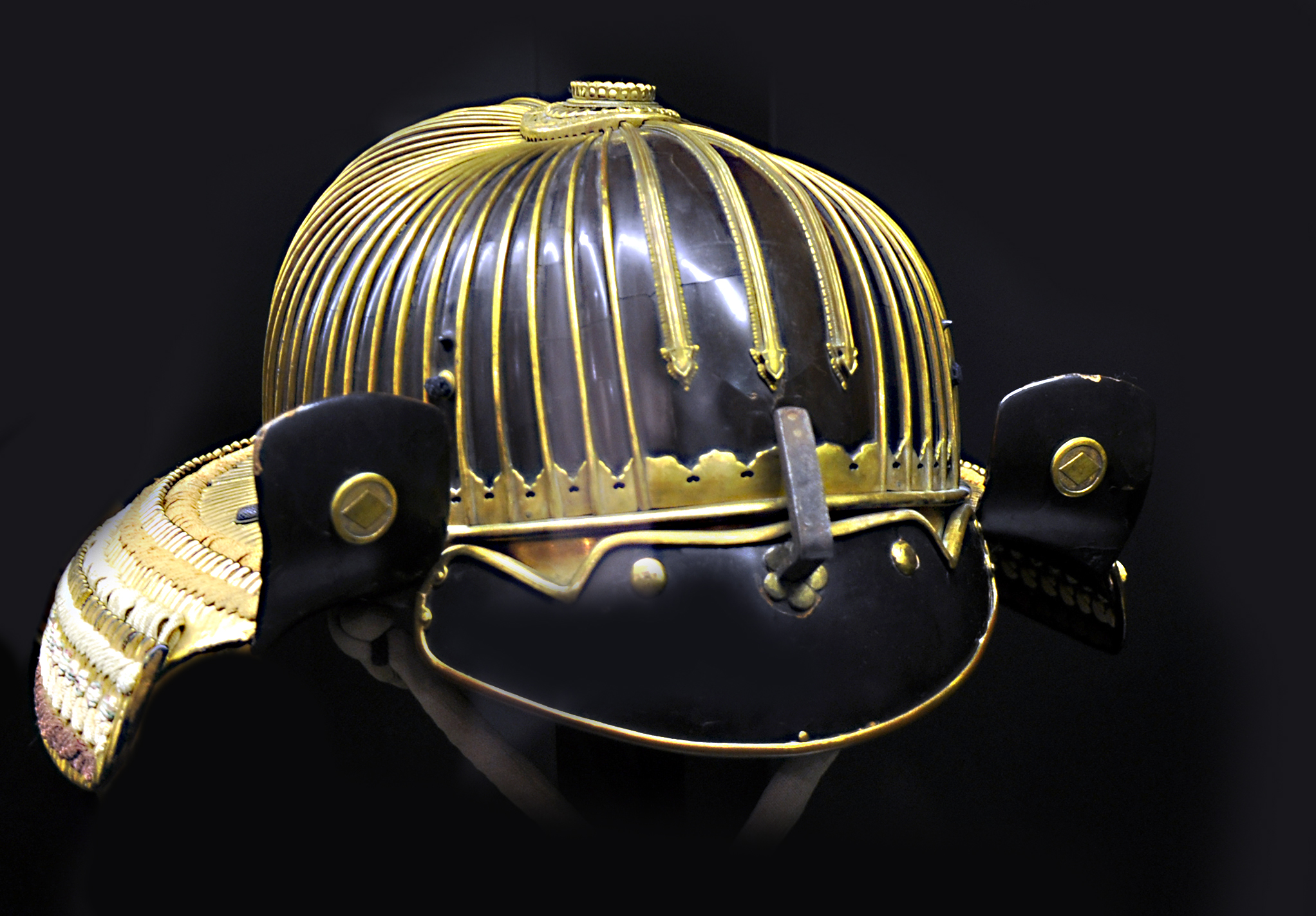