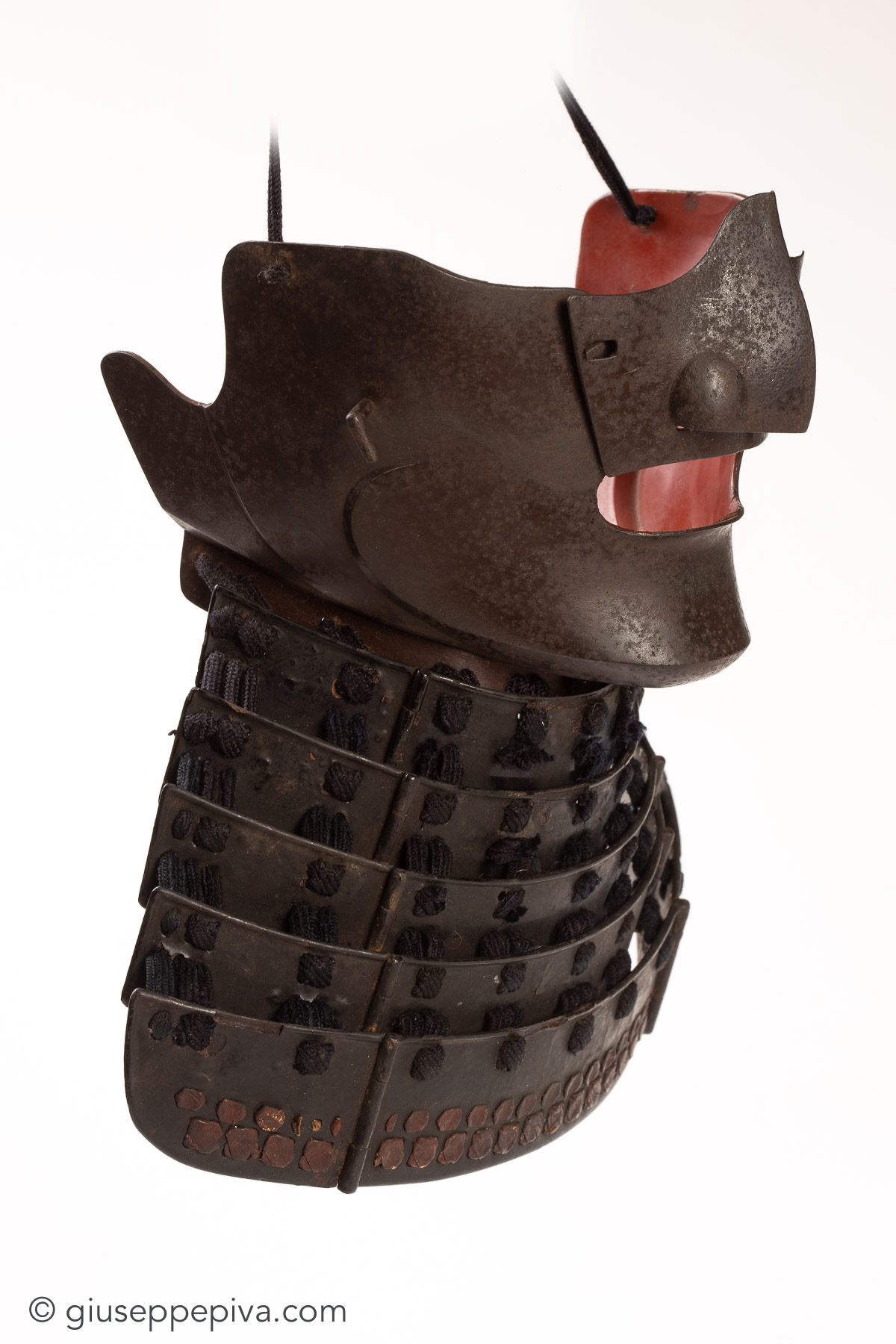 The Iwai school is one of the oldest documented schools for the construction of samurai armor, kabuto and menpo. The first known Iwai armorer  is Iwai Yozaemon, who lived between the Momoyama era and the early Edo period. Thanks to his abilities, Yozaemon managed to get himself noticed by Tokugawa Ieyasu: the warlord, impressed by the skill of the armorer, offered him to make armor for the samurai of the Tokugawa clan and after the battle of Sekigahara, during which he was wearing one of his armor, the neo shōgun decided to make him to chief armorer of the bakufu, thus elevating him to the highest rank attainable for a Japanese armor smith. His descendants, maintaining the prestige of the family high, managed to retain the position of chief gunsmith in the military government.
During his activity as chief armorer of the bakufu, Yozaemon specialized in the construction of two particular types of menpo [menpo are the masks for samurai armor] that made him famous:
Oie-Bo
It is a very simple but at the same time very elegant menpo. Built with superior quality forged iron, it was characterized by the absence of expression lines, an empty space to insert the ears and a slightly hooked stylized nose that ended horizontally just above the mouth. The tare associated with the menpo is then almost always divided into three parts, with hinges on each plate that allow the protection to adapt to the movements of the wearer. Yozaemon used the oie-bō only for the shōgun and the high members of the bakufu, so that this type of menpo soon became a symbol of the rank of the wearer.
Etchu-Bo
The characteristic of this menpo is a finish of the surface with parallel incisions (yasurime). The volumes are flawlessly embossed, with decisive and elegant contours. In the oldest examples, until the middle of the seventeenth century, the nose was riveted and the joint almost invisible, while later it was attached to the rest of the menpo with a pin mechanism that allows its removal. The name derives from the title "Etchū no kami" used by Hosokawa Sansai (1564-1645), who used and spread this type of menpo.
A characteristic of the Iwai menpo is the use of silver ageminature to draw mustaches that starting from the upper lip rise towards the cheekbones.
back