The origin of the Japanese screen 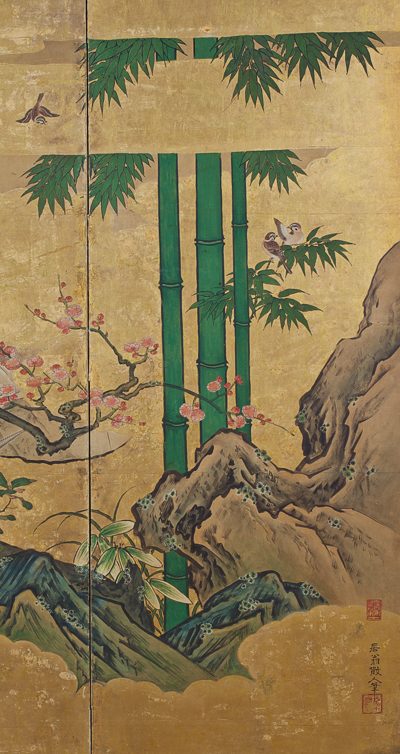 Japanese screens, known as byōbu, is a folding screen that is literally translated to “protection from the wind”. The original purpose of the screen was to block drafts in traditional open-layout Japanese homes.

The innovation started as the screens became more popular and common in the Muromachi Period (1392-1568). Japanese screens were made from paper which is why they are so lightweight and easy to transport. It is an object easily transferred from one room to another due to its lightness and compactness when folded. For this reason, the screens survived much more often than fusuma (sliding doors) to fires and earthquakes, catastrophes that are closely related to Japan.
After a while, the folding screens were used for many different purposes. They were used during tea ceremonies, as backgrounds for concerts and dances, and as enclosures during Buddhist rites. In the later Periods, the popularity of byōbu continued to increase, and samurai lords displayed screens in their homes as symbols of wealth and power.