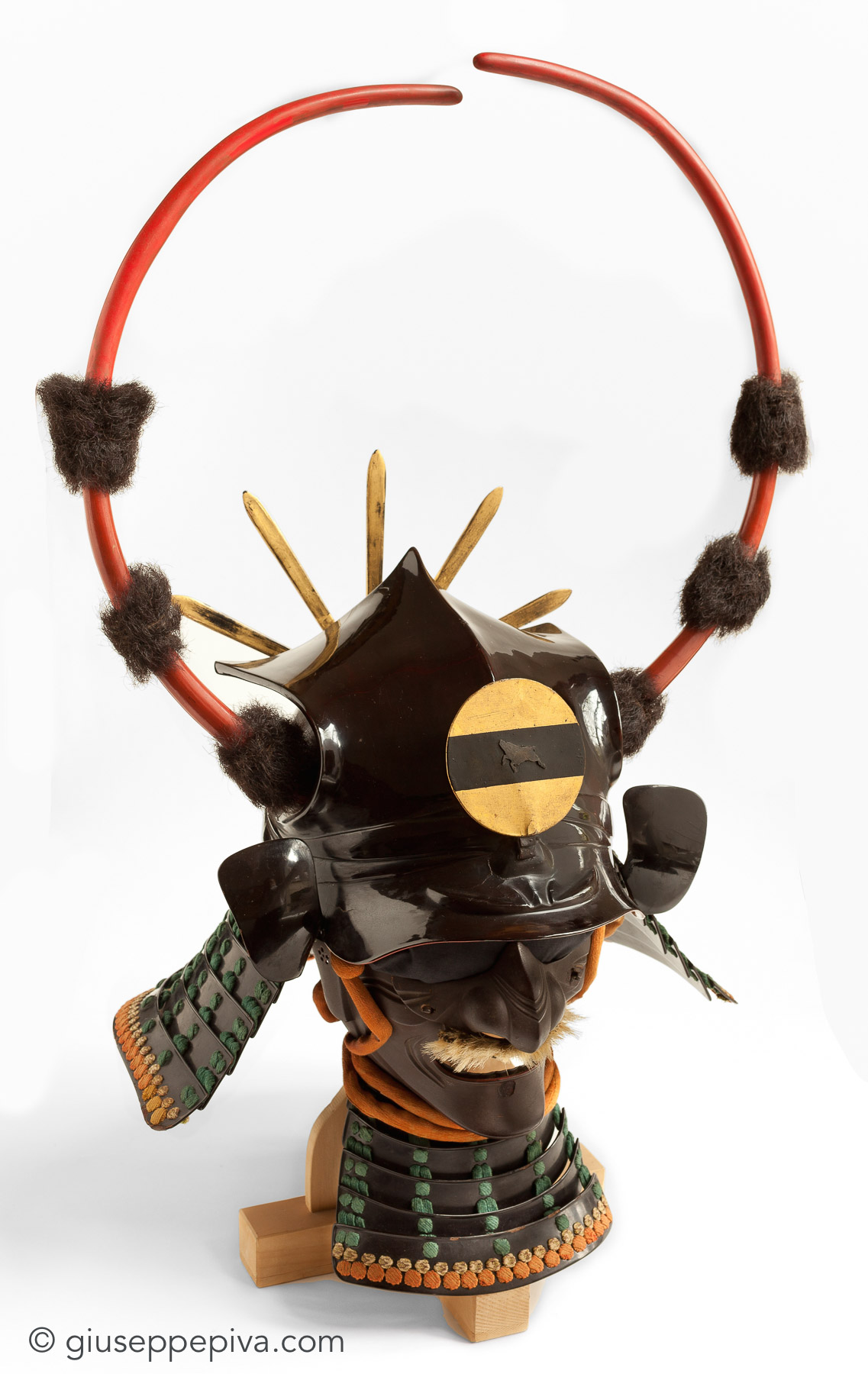 Various types of ornaments could be mounted on the kabuto, called tatemono (literally "things that stand out"): among these, the maedate ("frontal ornament") was the decoration that can be found most commonly, so much so that in the collective imagination it's hard to imagine a Japanese helmet without some kind of showy decoration on the front. The origin of the maedate is ancient and already on the armor of the Heian period there are almost always long stylized horns (kuwagata) placed on the kabuto visor. All this changed during the Sengoku jidai, when the decorations for the helmets became smaller and simpler. Certain fiefdoms used particular symbols to be recognizable, such as the crescent moon of the Sendai family or the inome of the Kaga armor. While the medieval period the maedate all followed the same style, in the following centuries the themes to which they were inspired multiplied. They were certainly popular motifs of a mythological-religious nature, with legendary animals and deities that were meant to protect the warrior during the fury of the battle. The maedate representing the shikami, demons from Shinto mythology, are particularly well known: the most famous is probably the one present on Takeda Shingen's helmet, one of the best known daimyo of the Sengoku period. In other cases, the maedate could represent symbolic elements adopted in its own heraldry, but there were also naturalistic type maedate, representing plants and animals, and of the "object" type, in which common tools were reproduced with symbolic meanings, such as axes and pliers . 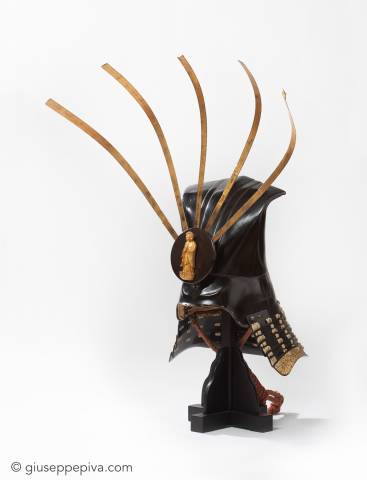 Although the most common place where the tatemono were placed was on the front, helmets with side (wakidate), rear (ushirodate), or top (kashiradate) decorations, such as the pheasant tail feather used by members of the Hosokawa clan, can be found. Some of these tatemono were real sculptures, showing how important aesthetics were for samurai armor.

An interesting analysis can be made on the materials that were used for the construction of the tatemono: if it is indeed true that most of these are made of carved and lacquered or gilded wood, when there was a need for larger than normal measures, with limited thickness, this material became extremely fragile and the artisans often folded back on whalebones, extremely resistant but flexible at the same time.