Koshirae - A Frame for the Japanese Sword

Those who approaches the world of the Japanese sword as a neophyte are immediately attracted by the charm of the "katana" as an object; an icon that he has seen in different situations. The braided handle, the glossy lacquered curved sheath, the superbly worked metal fittings (tsuba, menuki and fuchi kashira). The natural tendency is therefore to see in this sword, closed in its scabbard, the highest expression of the art of nihontō, the Japanese sword.

But is not so.
It would be like being in front of a painting and only appreciating the frame.
The treasure is inside and the artist is the swordsmith.
For centuries in Japan, swords have been considered works of art, as well as weapons, and the blades produced by important swordsmiths have always been very expensive, affordable in some cases only by the local daimyō.
But just as there are painting frames that are themselves works of art, there are koshirae - this is the name of all the mount sword mounting - including the scabbard (saya) - which are real masterpieces.
The koshirae was also often changed, adapting to the taste of the time, so it is very common to find older blades, handed down for generations, remounted centuries later in newer koshirae, as each new owners wanted something more fashionable for his time or something that suited his tastes.
The study of tachi and katana mounts allows us to identify different types of koshirae, which vary not only by their age, but also by geographical area, by level of "formality" and even by style of fencing practiced. 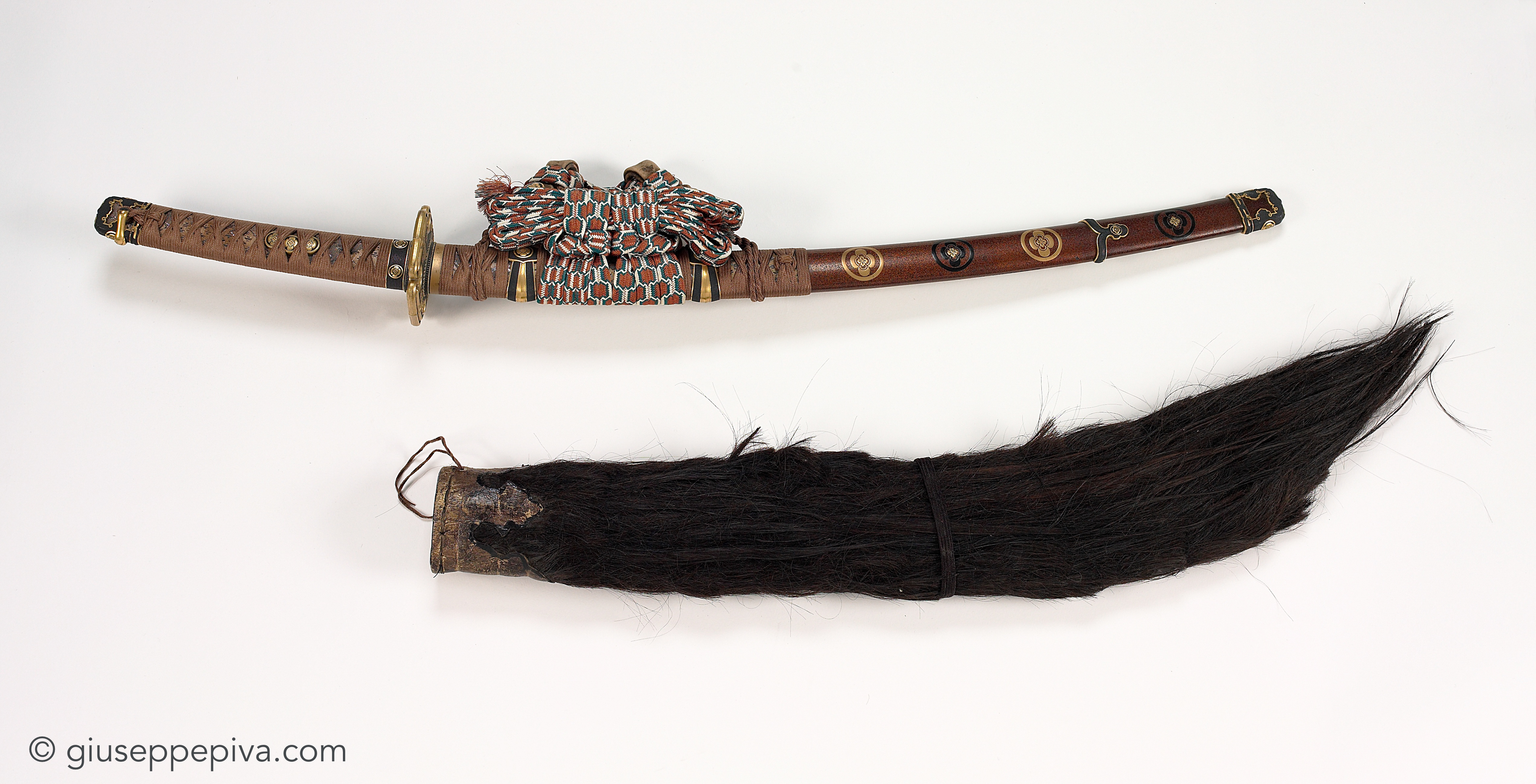