Odoshi, the lacing of the samurai armor 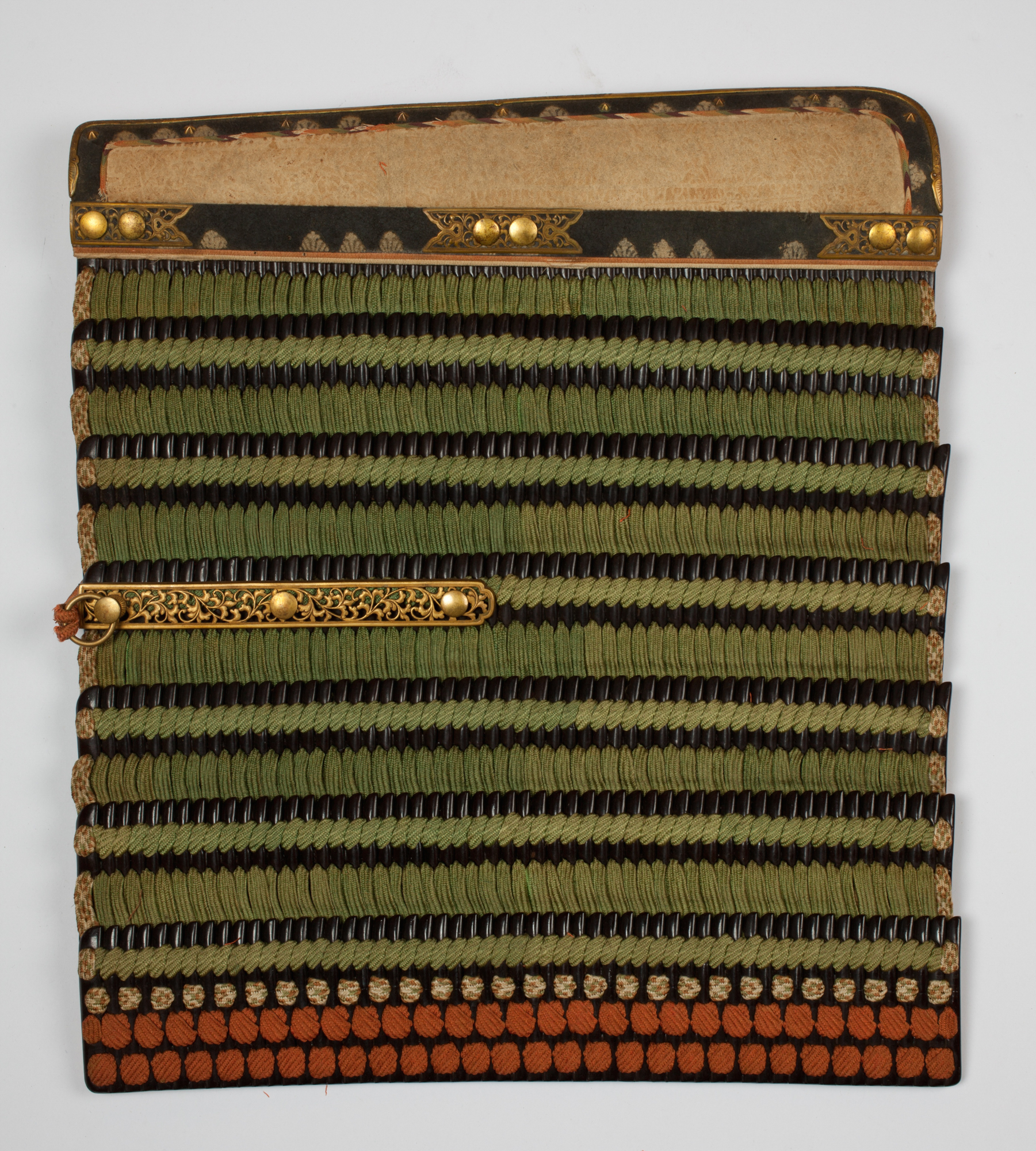 One of the most typical features of samurai armor is the colored binding that holds the various parts together. Since ancient times, the ō-yoroi were formed by small scales tied tightly with fabric or leather ribbons so as to form a mesh protective and flexible at the same time. These lacings, which take the name of odoshi, were not abandoned even in later eras and their colors, often in contrast to those of lacquer, make Japanese armor different from those of any other culture.

The colors most used for silk ties are dark blue, white, green, orange, pale blue and purple. The tint, contrary to what one might think, does not generally have a specific meaning and does not give indications on the military rank of the samurai, except for the purple (murasaki), generally used for daimyō and high-rank samurai.

In addition to the binding that holds the plates together, we can identify two fundamental elements that we find almost always in all armor, regardless of the period: