Shintō, “new swords”. The dawn of a new era 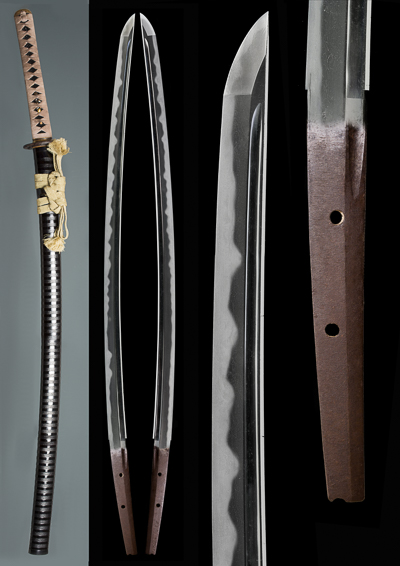 Between 1600 and 1615 Japan was unified under the Tokugawa shogunate and the capital was moved to Edo (Tokyo). A series of rules for the samurai class is established (Buke Sho-Hatto), with precise requirements in both civil and military arts. Above all, these laws required that the samurai maintain their military standing even in times of peace. The sword was then still as important as ever for the samurai, both as a weapon and symbol of authority.

But what changed most with the unification of Japan is the way information, people and materials could travel easily through the country. Before, sword makers had always been confined in their schools and lands, learning from the previous masters, with access only to the local raw materials. In the Edo period all this changed and swordsmiths moved to large cities, where they could find a better market, discover new techniques from other makers and share good and cheaper iron; it is a huge change, which brought to the creation of a new style, significantly different from the “old sword” (kōtō).

The two major cities of Japan at that time were Edo, the center of the shogunate, and Osaka, the center of trade, commerce, and industry. The two styles that developed in these cities were then different: the first one was developed for the samurai class, with a sober and strong style, while the second was influenced by the rich merchants’ taste, more elaborate and ornamented, often accompanied by lavish mountings.

Sword production gradually declined and in the early 18th century was already difficult to find a good swordsmith, due to the reduced demand for weapons in a long-standing period of peace. The art of sword production came back again with the appearance of Suishinsi Masahide and the shinshitō tradition. But that's another story…