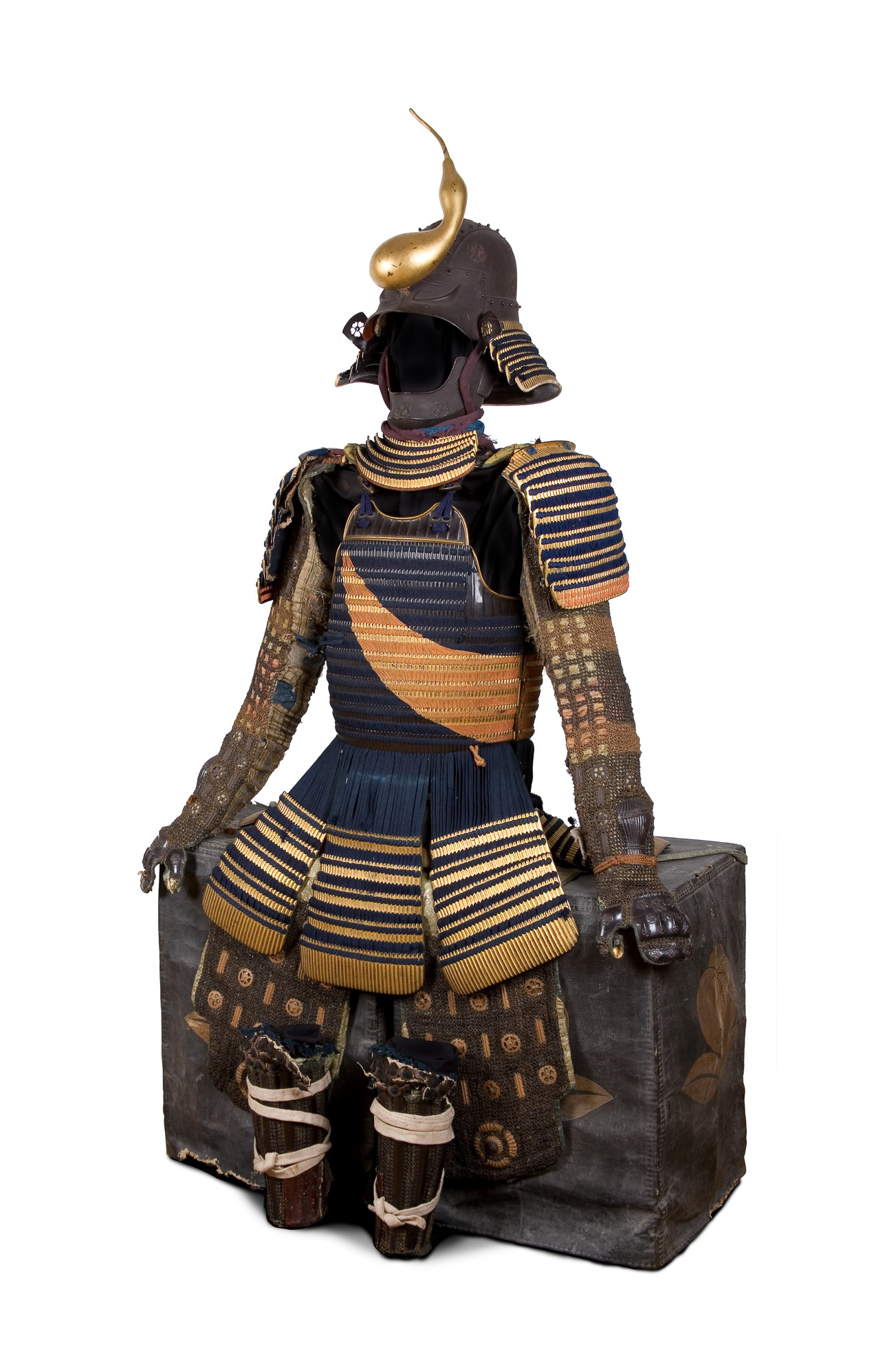 During the Muromachi period, daimyō and high-ranking samurai had switched from the original ō-yoroi armor to do-maru and haramaki type cuirass, in order to be able to fight comfortably even when on foot and not riding a horse. These models of armor were initially developed for the lower ranks of warriors (“bushi” or “samurai”) but in the Muromachi period they were more frequently used by important samurai. Compared to the original ō-yoroi armor, the haramaki and the do-maru were easier and more comfortable to wear. The early haramaki and do-maru armors were still fitted with large ō-yoroi shoulder guards made to protect against arrows. With the transition to the “modern armor” (tōsei-gusoku), other parts of the armor were also simplified, the shoulder guards (sode), for example, were smaller and fitted better at the shoulder and at the upper arm. The smaller shoulder guards were adapted to offer protection in the field when fighting with swords and lances. This particular type of combat increased considerably during the 16th century.

The entire armor was adapted to offer protection against the ever-growing infantry with its vast numbers of unskilled 'foot soldiers’ (“ashigaru”) equipped with inexpensive armor. Armed with spears they had become a serious threat on the battlefields of the Sengoku period (“warring states period” 1467-1600).

The introduction of firearms pushed other changes in many armor’s parts, such as the shape of the helmet (kabuto) and the construction of the armor’s cuirass (dō), which had to become resistant against bullets.

Due to this changes in battle, other parts of the samurai armor were modified: the fukigaeshi on the side of the kabuto (helmet) become smaller and the armor’s plates were often riveted instead of lacing with silk strips (odoshi).

The high demand of samurai armor for sale brought also to the production of cheap suits of armor that often were not of a property of the samurai himself but only lent for a specific battle (okashi-gusoku).

It was very probably in the late Muromachi period that protective masks with facial expressions (menpo) were introduced.