Tatemono: decorations for the samurai helmet 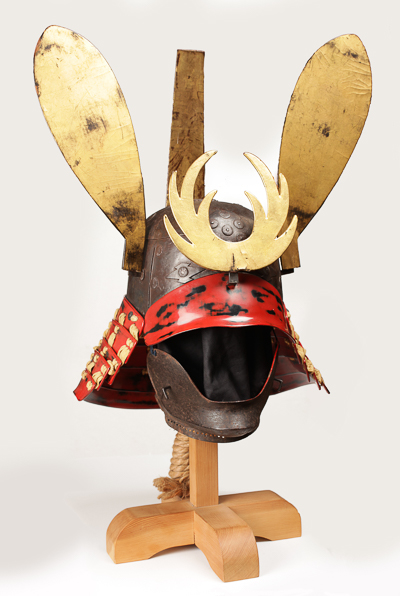 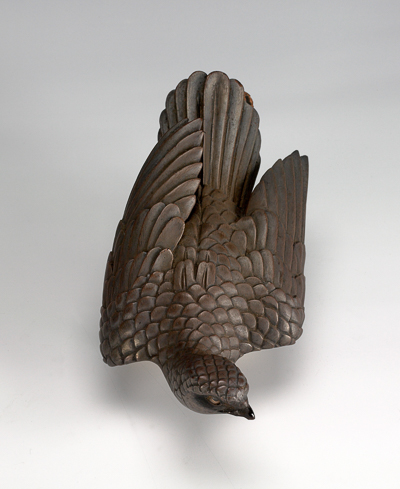 Decorations for kabuto (samurai helmet) are called tatemono, literally "things that stand". they were used since the Heian period and for a long time, the only design was the kuwagata, two long stylised horns that appeared on highest-ranking warriors' armor. We can see this decoration on all battle paintings from ancient periods even if what we notice is that the majority of samurai were not wearing anything on their kabuto.

This changed with the Sengoku Jidai (Warring States Period), where various tatemono appear on armor of the lower rank samurai. By the Edo period, it appears that certain fiefs were so to speak agreeing on single tatemono for the sake of recognition value, like the crescent moon of the Sendai fief or the inome of the Kaga armors.

Apart from identification, tatemono were also a mean of individualization and we find a myriad of forms taken from the natural world, like the sun, animals, constellations, and vegetables. Other subjects could be taken from religion, like the Karashishi and the Dragon, and often the decoration is simply the clan's coat of arm (kamon).

The most common place for a decoration was on the front (maedate), while side ones (wakidate) and back ones (ushirodate) are rare. Another variant is the zudate, on top of the samurai helmet, like the tail feather used by the members of the Hosokawa clan for their armor.

Some of these tatemono are real sculpture themselves, showing how important esthetic was on samurai armor.