Tsuba - History of the sword Guard

Contrary to popular assumptions, the tsuba is designed to protect the samurai’s hands by preventing them to from slipping down the hilt onto the blade and NOT to guard them from an enemy’s cut. Beside, a tsuba would play an important role on the whole balance of the katana. - Since the tachi was not the primary weapon of the samurai during medieval times, tsuba of that period were very plain, without decorations. Even in the Kamakura period, when the uchigatana begun to be popular in Japan and the sword was then worn inside the sash with the tsuba clearly visible at the center of the samurai’s figure, decorations were very simple, with motifs pierced through the iron ground. We refer to sword guards as “tsuba” only to those made for the uchigatana sword. Due to decorations and construction, it is thought that the first tsuba were made by the swordsmiths themselves or by armor makers. We call them respectively tosho-tsuba and katchūshi-tsuba.

Later, during the Muromachi period, more elaborate decorations can be seen on ji-sukashi tsuba, in which the background is removed in an openwork design. Early tsuba of this type are very elegant and dignified. Tsuba schools of this kind include Owari, Kyo-sukashi (Kyoto) and Ko-shoami.

During the 16th century a new style developed in Kyoto, introduced by the smiths of the Gotō family, which would become the leading makers of sword fittings for the next 400 years. Developing an idea already seen in earlier Ko-kinko and Ko-Mino tsuba, Gotō masters applied gold carved pictorial designs on a shakudo Nanako ground, hence creating swords fitting that were real jewellery.

During the Momoyama period, signatures start to appear on tsuba by masters such as Nobuie and Kaneie and new styles develop, though still with simple and martial designs, often incluenced by the wabi-sabi aesthetic of the tea culture, very popular at that time.

In the early Edo Period the creation of new designs is strictly related to samurai families who would commission tsuba and invest on them as artworks. The most important case is certainly the Hosokawa, a prominent daimyo clan who hired four excellent makers to form their own style and to give origin to the Higo schools of tsuba: Hayashi Matashichi, Hirata Hikozo, Nishigaki Kanshiro and Shimizu Jingo.

The rich style introduced by the Gotō had a huge success in the peaceful Edo Period and carved tsuba (machi-bori) became a standard for samurai of that era. New workshops were created, like the Sōmin or the Nara schools. At the end of Edo Period, this style is almost exaggerated and is mostly aimed to European tourists rather than to Japanese samurai; nevertheless, it is in this period that the genius of Kano Natsuō rises, producing the last masterpieces in the art of tsuba making. 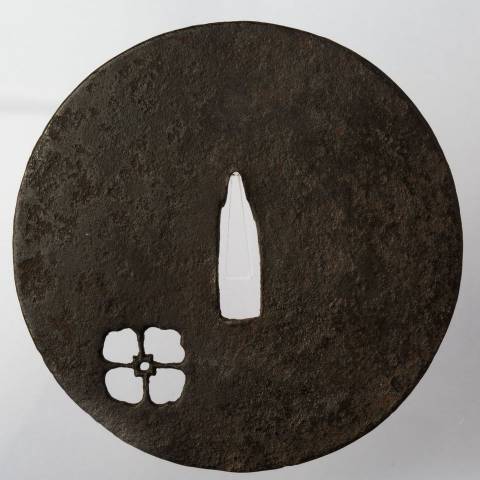 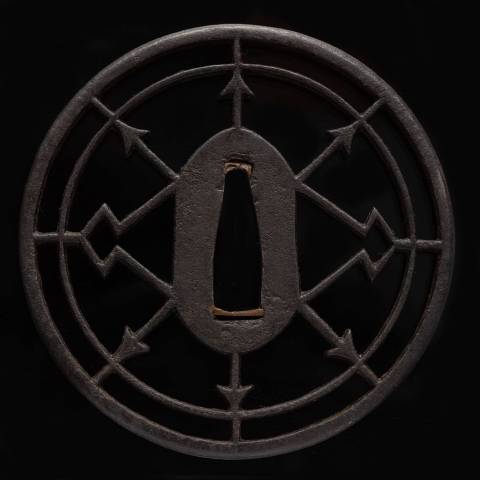 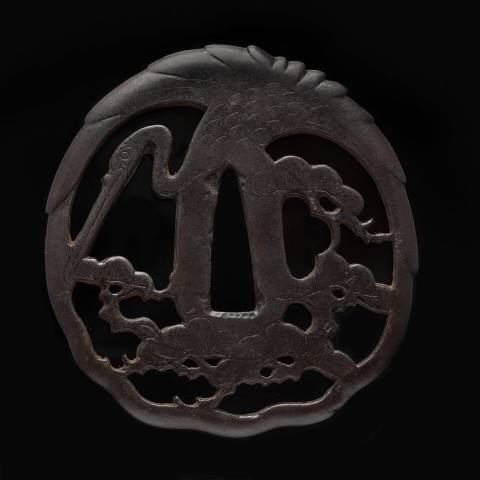 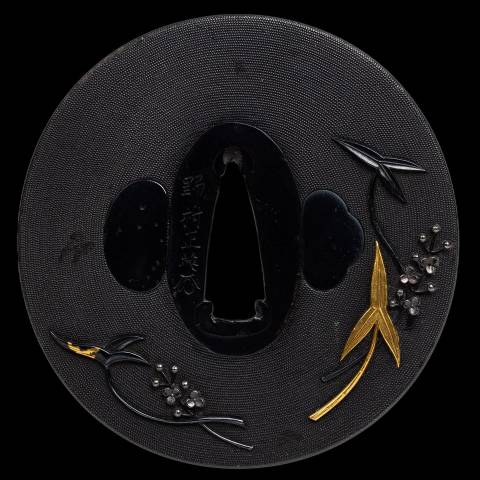 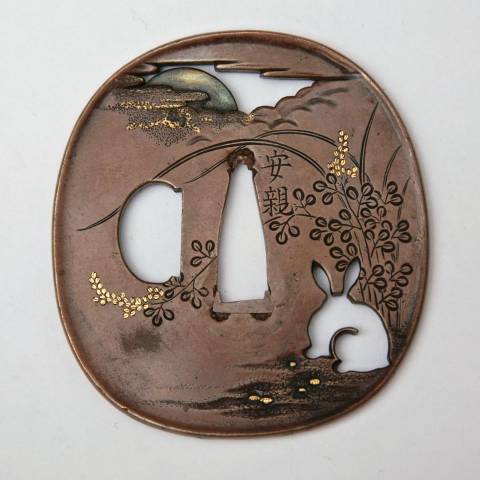 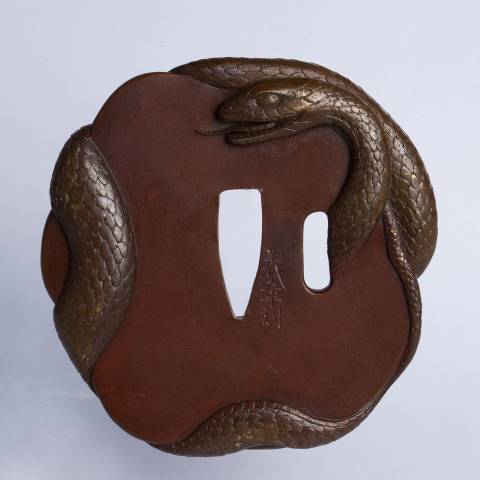