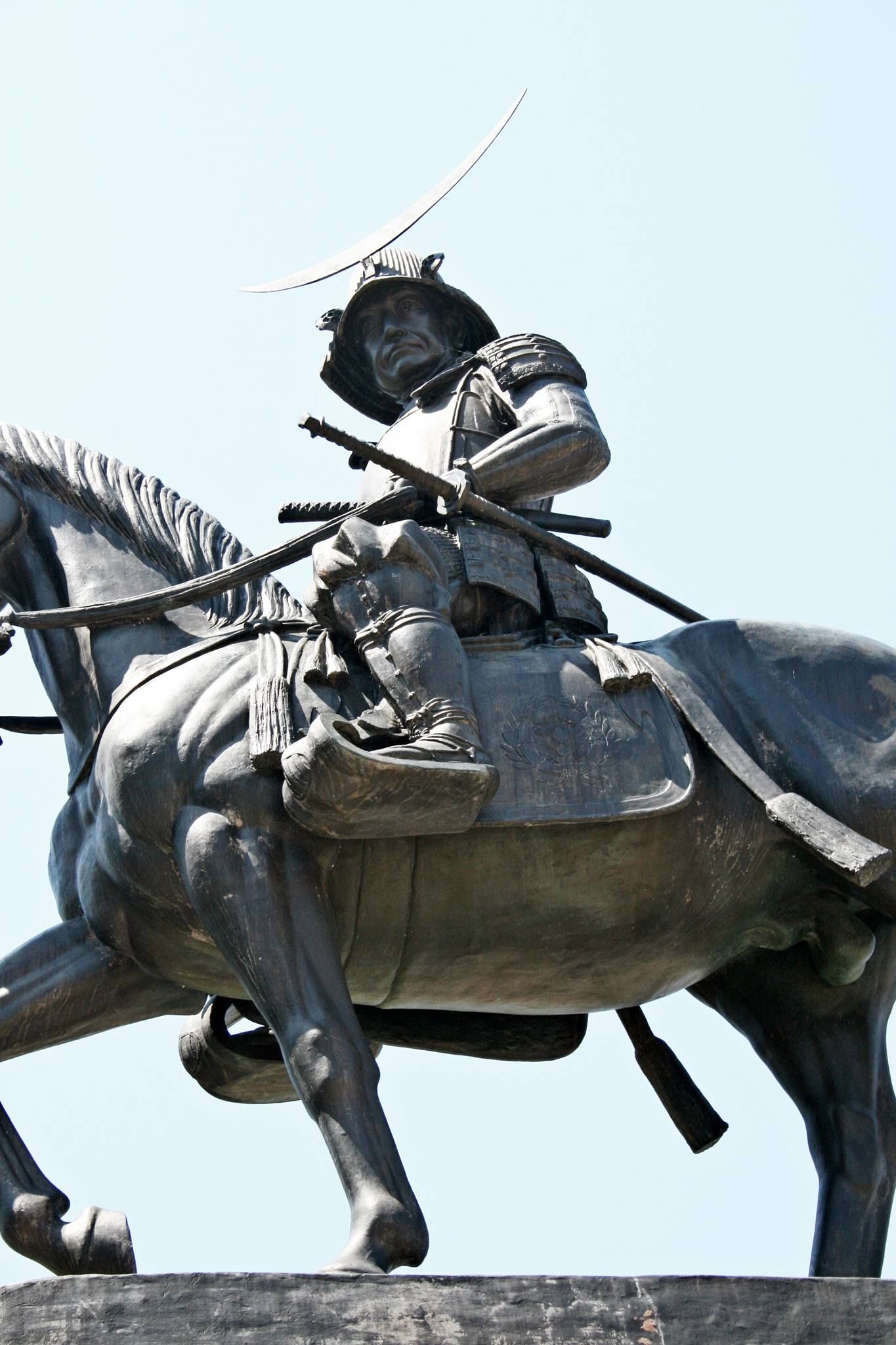 The years 1478–1605 are described as Sengoku jidai, the “warring states period”, a time of a nearly permanent state of war between the approximately 250 fiefdoms making up Japan.  Of these, only about thirty were the most powerful ones.  Many daimyō had ambitions of rising up against the overlord and gaining greater autonomy, which plunged the country into anarchy.  Each feudal lord kept up his own army, which flew its own colors and banner (in earlier times, the Taira marched under purple, the Fujiwara green, the Minamoto white).  This was the golden age of the samurai.

In these terrible times, the Ashikaga clan held the shogunate; paradoxically, this family’s patronage of the arts has been compared to that of the Medici.  Thus, Japan was dominated by the “warlords”, the Sengoku daimyō, the new samurai whose power derived from the strength of their armies and not from a central authority.

Out of this context, three great leaders came to the fore: Oda Nobunaga (1534–1582), Toyotomi Hideyoshi (1536–1598), and in particular, Tokugawa Ieyasu. A famous anecdote serves to describe them:  faced with a cuckoo bird that refused to sing, the three reacted differently.  Nobunaga huffed, “I’ll kill it”; Hideyoshi hissed “I’ll make it sing”; Tokugawa pronounced, “I’ll wait for it to sing”.

A skillful but bloodthirsty general, Nobunaga overthrew the last Ashikaga shōgun (the title remained vacant), and reigned uncontested.  He saw Japanese isolationism as a weak point and privileged the Portuguese merchants and Christianity.  Shocked by the expanse of territories owned by the Buddhist monasteries, he destroyed most of them.  He was betrayed by one of his generals and killed.

Toyotomi Hideyoshi (1536-1598) was the son of a peasant.  Small and clumsy, he was the opposite of the vigorous Nobunaga.  He rose up from the rank of a stable boy to that of Nobunaga’s advisor and soon showed unexpected abilities as a strategist.  This Japanese Napoleon brought peace to Japan, forcing the unruly daimyō to swear their loyalty to him and obliging their families to live in the famous castle of Osaka.  And that is not all:  he established the land registry office, created an army tactically coordinated among different corps, and planned the invasion and conquest of Korea and Japan.  He proclaimed the katana gari act, forbidding peasants to keep swords and spears. Tokugawa Ieyasu, Japan’s first real autocrat, succeeded him.