The Subtle Profundity of Japanse Art 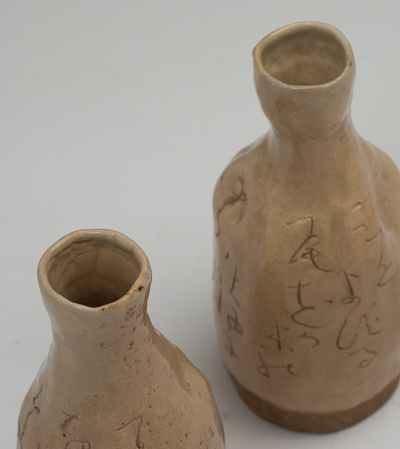 Some of the most important differences between Western and Eastern art originate from the relationship between the artists and the external world. Until modern times, European painters and sculptors have always aimed to reproduce reality, creating something new with their genius and their hands. Oriental artists had a different approach, their ambition is not to create something that resembles reality but to induce certain feelings through the contemplation of their works; such an approach is not interested in a detailed and precise description of the scene, nor in the representation of all the existing colours, nor in the use of perspective or other means that help to “reproduce” what the eyes see.

In all forms of Japanese creative expressions, it always seems that there is something left unsaid, something that is only vaguely suggested by the artworks themselves: a deep and impalpable side of art which is a key feature of Japanese unique aesthetics.

The term “yūgen” is generally translated as “subtle profundity”, to indicate that there is something else under the surface and beyond what our senses can acquire. This concept explains that real beauty exists when few brush strokes or some simply molded clay can inspire what has not been shown and hence awaken inner thoughts and feelings. Looking at a work of art implicates not only admiring what we see but also enjoying the emotions that arise from inside while doing so.

Yūgen is not an isolated concept. Other terms can designate similar feelings: shibui, wabi-sabi, aware, shinzen, kanso, among others. All of them are related to zen aesthetics and describe the beauty of simple forms, of imperfections, of natural wear. The contemplation of beauty is something very intimate and melancholic, quite distant from the decorative function that art has always had in Europe.

Certain items surely relate more to yūgen than others: ceramics, calligraphy and all the arts associated with the tea ceremony are generally those that can express this feeling best, but one should note that all artistic expressions have been influenced by this concept. Lacquer decorations might be lavish, but often include a simple element that refers to a particular poem or expresses a certain feeling for a season; the faces on Buddhist sculptures are always serene but unreadable and the viewer is touched by their beauty in the deepest part of his spirit; even battle gear can transmit power and strength by their colours and refined workmanship. The nihontō, known for being the best sword ever made in terms of beauty and efficiency, is probably the oldest example of abstract art: besides being a weapon, it has always been considered one of the most important expressions of craftsmanship, with designs on the steel surface that are something to be enjoyed purely for what they transmit, an experience akin to the appreciation of music and informal painting.