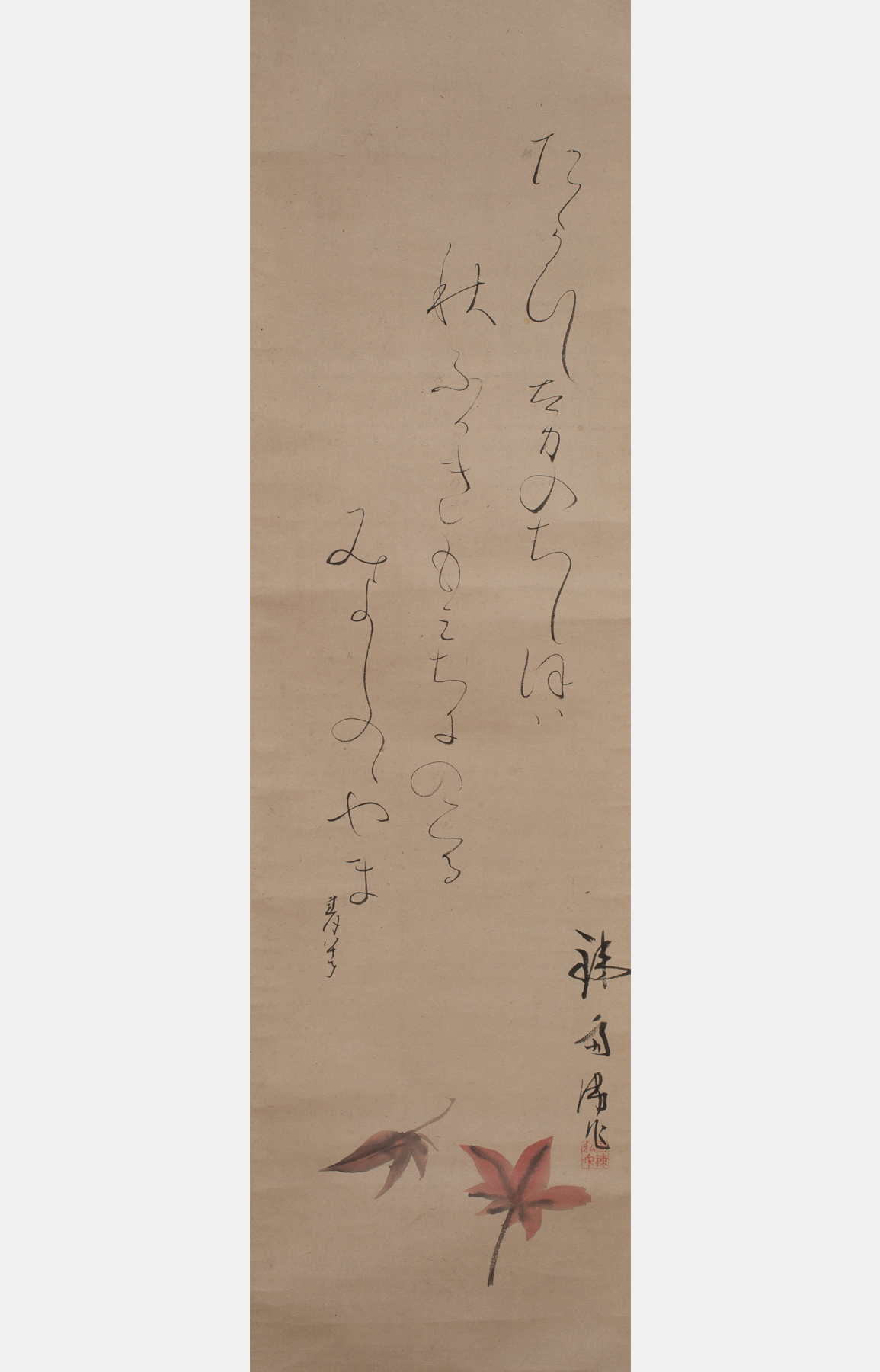 The painting, by Tomioka Tessai (1837-1924) signed and sealed, represents two maple tree leaves accompanied by a poem about the read leaves themselves. The calligraphy is flowing elegant and refined, windingly written, as typical of Rengetsu’s style.

The blood
from swords that battled
seen in the red leaves
of deep autumn
here in the Miyoshino mountains.


Poet, calligrapher, painter and potter, Otagaki Rengetsu was a Japanese Buddhist nun and one of the few prominent Japanese female artists. Daughter of unknown parents, she was adopted by a samurai family and spent her childhood at Kameoka Castle as a courtesan until the age of 16; during her stay, Otagaki excelled in waka poetry, a Japanese classical verse particularly popular among women during the Edo period. After an unfortunate stage of her life in which both her husbands and her three infant children died, she decided to change life radically and during the night in which her last husband passed away, she cut off her hair and made clear that she would never marry again: at the age of 33 she became a nun of the Pure Land sect of Buddhism, taking the name “Rengetsu”, meaning Lotus Moon. 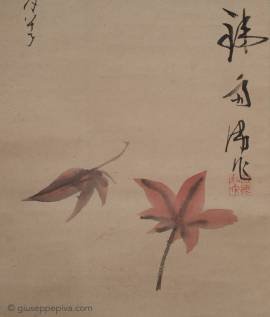 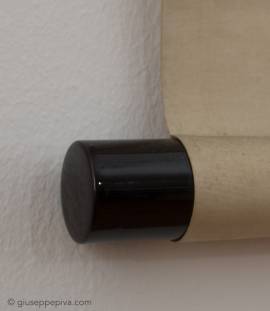