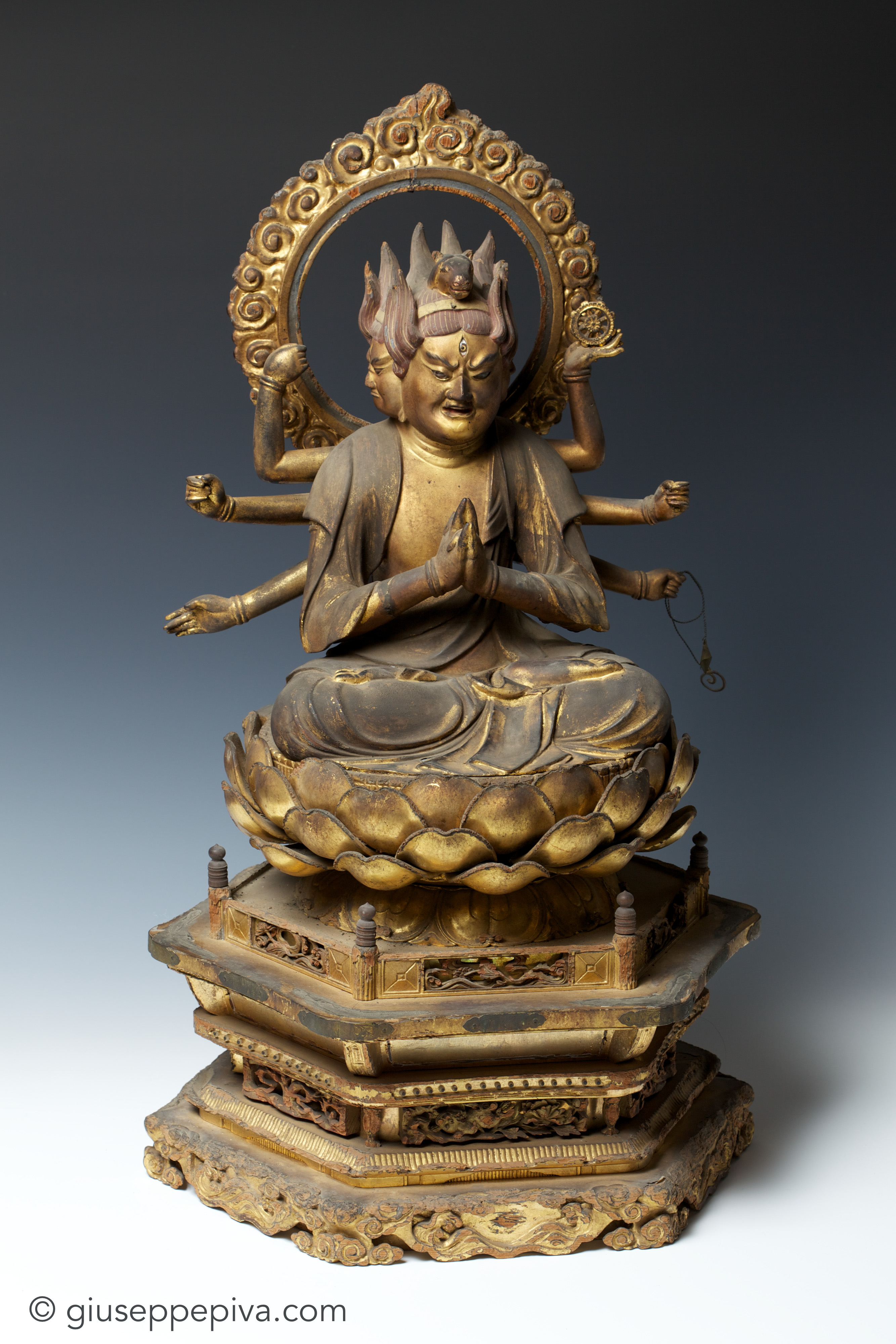 The “Horse-Headed Kannon” is considered in Japan Protector of Animals. He is the only manifestation of Kannon that shows rage. Bato Kannon is also one of the warlike and wrathful deities of Esoteric Buddhism; in this role, the deity is known as Bato Myo-o.

As typical, Bato Kannon is here depicted capped by the horse head and flame-haired, with three eyes, three heads and eight arms. He expresses anger by his wide-open eyes and open mouth. The primary hands make the gesture of bakô-in (“mudra of the horse mouth”), pressing together the palms with the index and ring fingers bent and the rest of his fingers extended). In his other hands, he holds a sacred wheel and a rosary, while a staff, a lotus flower and a sword or an ax are missing. The legs on this antique sculpture are rather unusual, with the lotus position instead of the more common anraku-za (relaxed position). The lotus pedestal mounted over a tall base is of good quality, with petals individually carved, and incorporates a round mandorla carved with clouds.

In the Edo period Japan, Bato came to be worshipped as a protector of horses due to his iconography and his role as savior of those in the realm of animals. Many remaining stone statues of Bato were once set in place to protect travelers and their horses from injury on dangerous paths.

Well-known antique Buddhist figures dating from the Kamakura period include the standing statues in Kanzeonji, Joururiji, and Nakayamaji. The similarities of our figure to these famous examples suggest it had been made in the area of Kyoto. 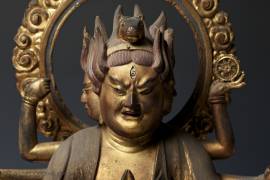 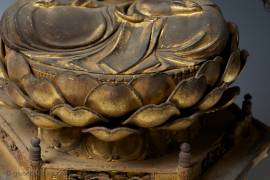 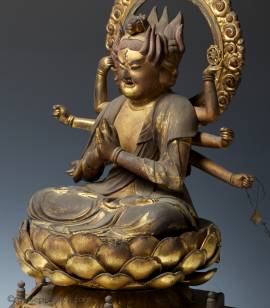 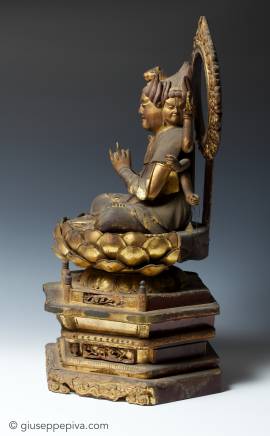 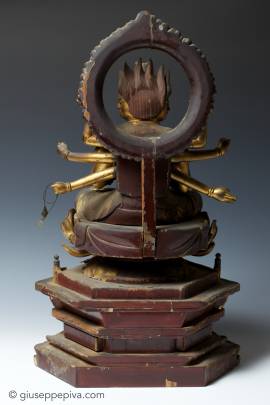 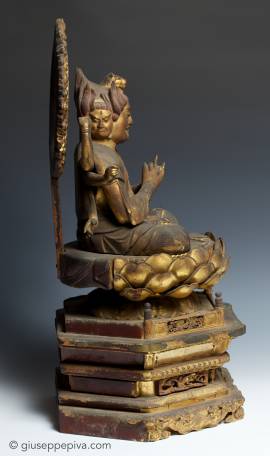 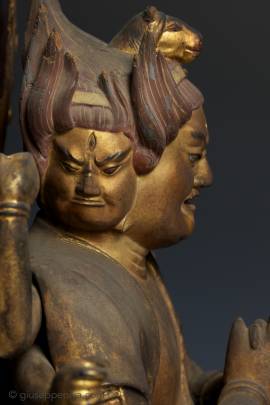 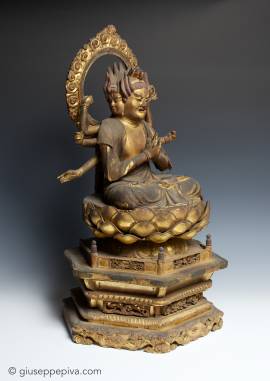 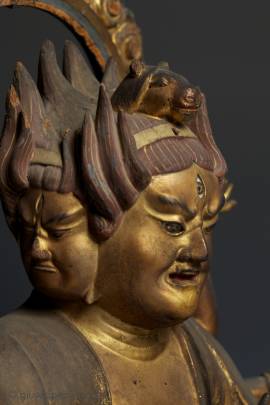 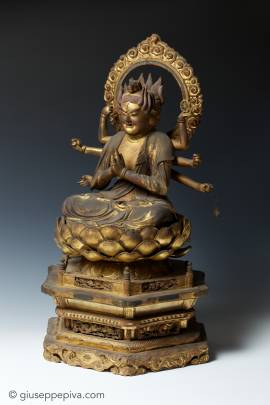 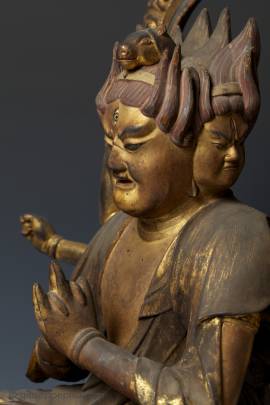