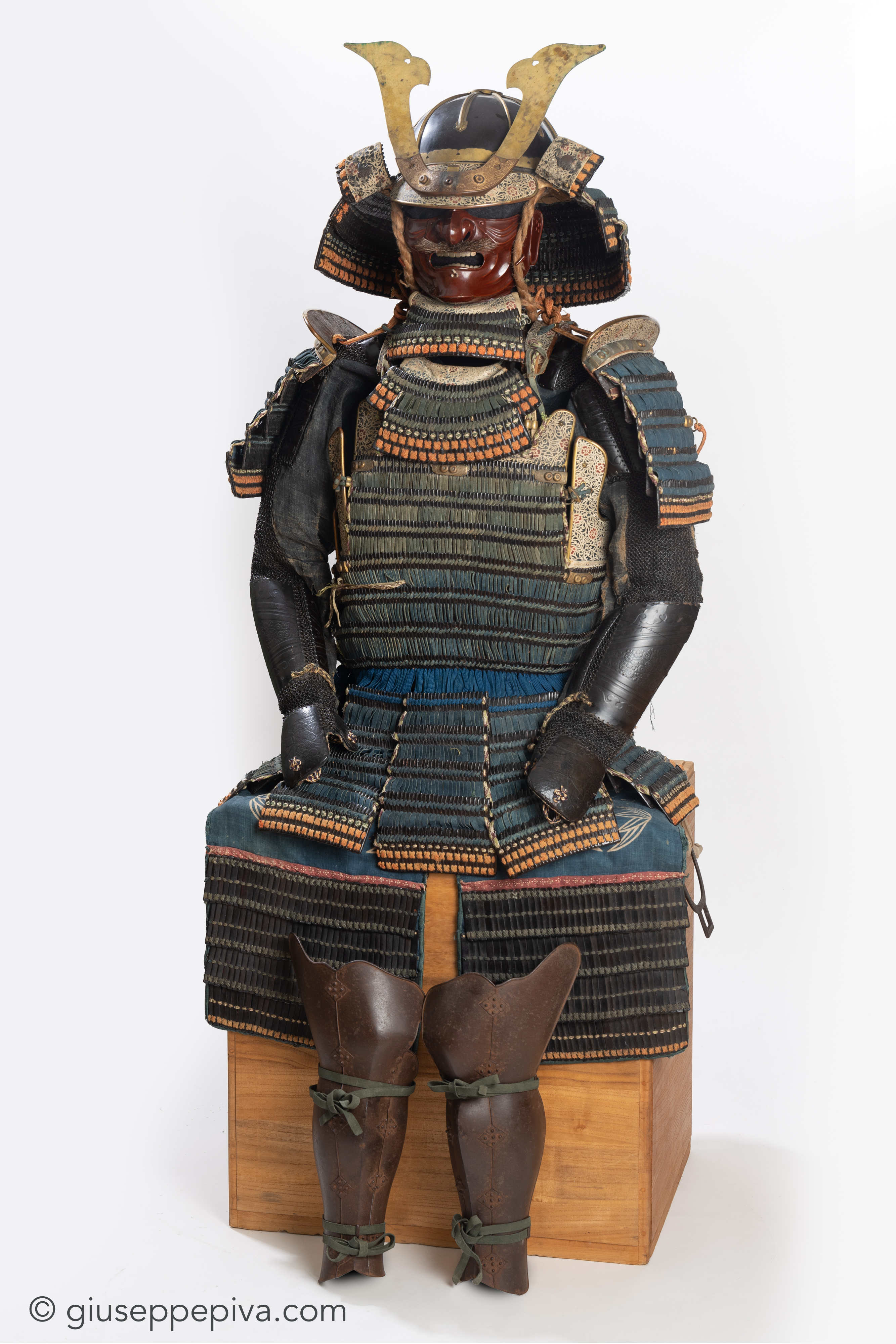 Takekoshi Dochin (died 1556)
Matsuoka Oshikasuke
Inscribed under one sode: 寛政癸戌春被属修理 / 竹腰道鎮公古甲 松岡牡鹿輔 + kao
According to a label stitched inside one of the sode, the armor was repaired in 1796. The inscription is signed by Matsuoka Oshikasuke, a scholar of the Tokugawa clan, retainer in Nagoya, student of Motoori Norinaga.
Takekoshi Dochin, whose name is written by Oshikasuke in his inscription, was a general commander of the Sengoku period, lord of the Ogaki castle in Mino. He died in 1556 during the battle of Nagaragawa.

All constructed in small leather hon-kozane (true scale) laced in green and blue leather, with the typical features of pre-Edo suits of armor.
The helmet is a classical akoda-nari kabuto in 8 plates, black lacquered and decorated with gilt applications (fukurin, higaki, shinodare and hachimanza).
The original Momoyama period suit include a red lacquered menpō (mask), sode (shoulder guards), nodowa (chest and throat protection), dō (cuirass) and haidate (thigh armor). The black lacquered kote (arms) of  Yoshitsune style and the iron suneate (shin guards) are from the Edo period.

Following the failed Mongol invasions of the 14th century, Japanese armorers were forced to adapt the traditional ō-yoroi armor designed for mounted samurai to meet new military requirements. Noticing that the Mongol armies were fighting with infantry phalanxes and that their light armor was far more effective in foot battle, Japanese armorers adapted the ō-yoroi to be worn on foot rather than horseback, resulting in two new styles: the dōmaru and the haramaki, the first open under the armpit and the second on the back. Even though they were created with techniques analogous to those used in medieval armor, they were much lighter and allowed for more agile movements as they were made with thinner plates. 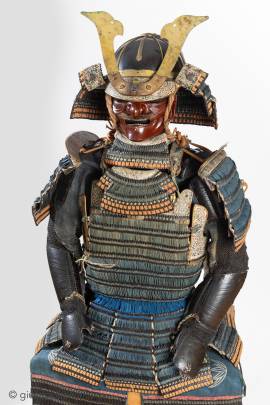 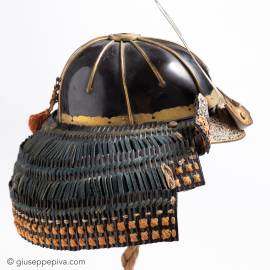 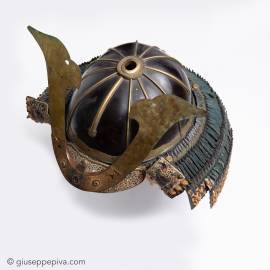 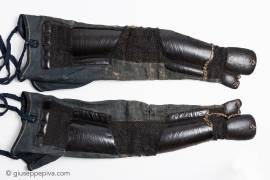 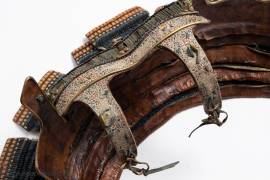 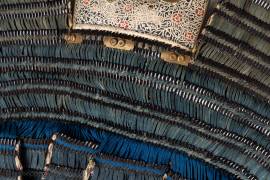 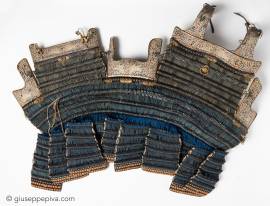 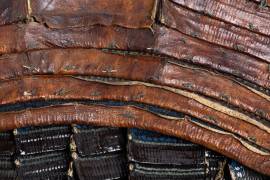 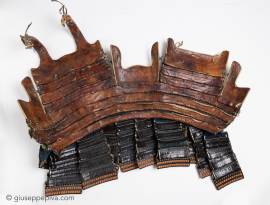 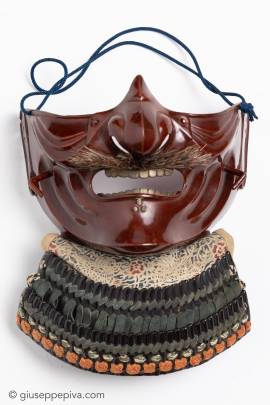 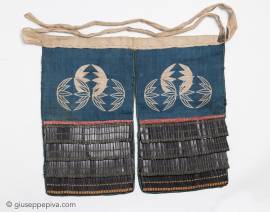 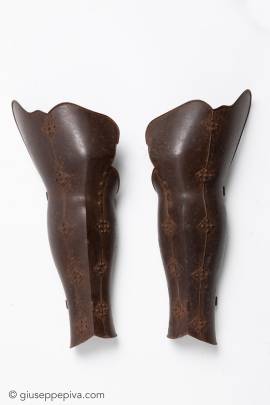 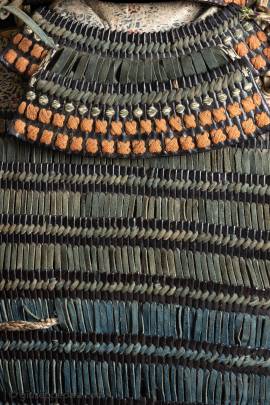 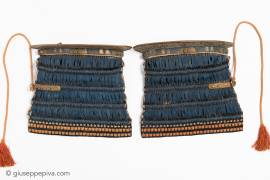