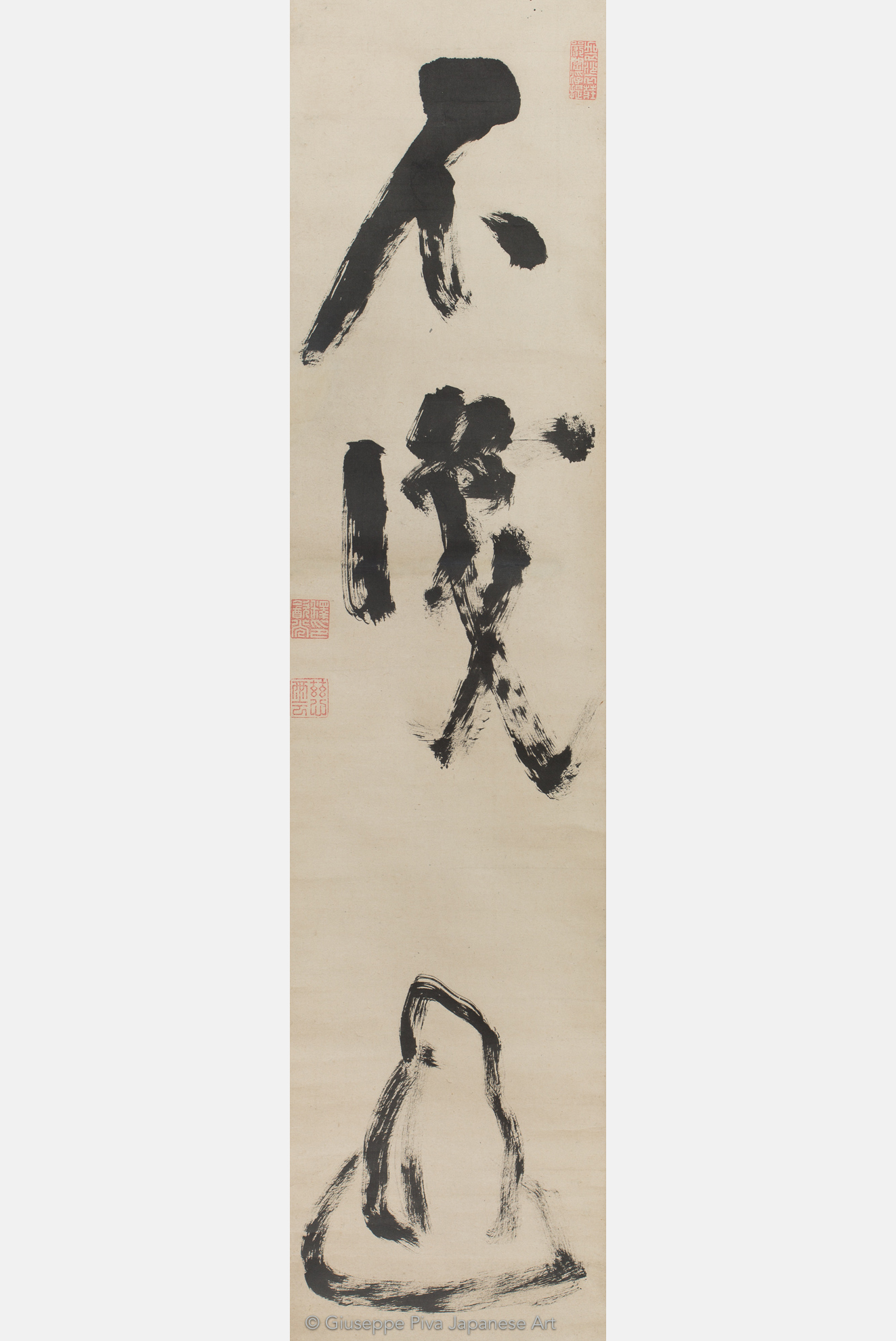 With the artist’s seals

This painting represents the first Zen patriarch, often referred to as Daruma in Japanese, but more properly called by his Sanskrit name Bodhidharma. He is believed to have been moved from India to China in the fifth and sixth century and there, through meditation, finally came to understand the Buddhist law (dharma). This is why his figure often occurs alongside Zen calligraphy, representing the continuous struggle to learning the Buddhist teachings. Images of Bodhidharma express his effort to established continuity with Zen buddhist teachings. This painting belongs to that tradition but Jiun, thanks to his unique flaked style, transformed the silhouette of the patriarch in an abstract form: with only two strokes, the artist portrays the monk in meditation while, above, two characters stand out: "I do not know" (Fushiki). The concept is short, direct and powerful. It refers to a dialogue between Daruma and Emperor Wu of the Liang Dynasty and capture the essence of Zen Buddhism: as reported in 'Hekiganroku (published in 1300), the emperor met the monk in the year 520, and asked him about how he had obtained for supporting Buddhism; when he says "absolutely nothing" the Emperor, irritated, asked what was then the foundation of Buddhism and the answer was "a great void and no holiness.” More and more annoyed, he then asked "Who are you?" And Bodhidharma replied " I do not know".

After this dialogue Bodhidharma was no more welcome at the court and he took refuge in a cave in the Shaolin temple on Mount Song, where  he sat in meditation for nine years. The painting represents this first development status of Chinese Zen tradition: Bodhidharma who sits still and quiet in front of a white wall.

Jiun Onko (Jiun Sonja), one of the greatest Japanese Zen artist, born in Osaka, joined the cloister when he was thirteen, studied the Confucianism, the Shingon esoteric buddhism and the Soto Zen. He was an excellent scholar, he learned Sanskrit been interested in ancient Buddhist manuscripts and learn the basic teachings of Buddhism; he founded in fact a movement that wanted to bring Buddhism back to its origins (“True Dharma”).

He was one of the reformers of the Edo period Zen and, still today,  he is considered one of the greatest Zen calligraphers ever in Japan. His works are in all the museum collections of Japanese art all over the world. 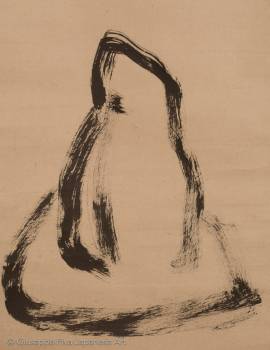 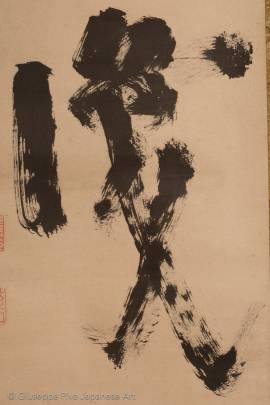 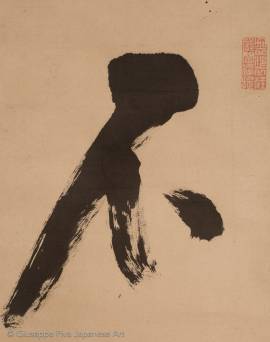 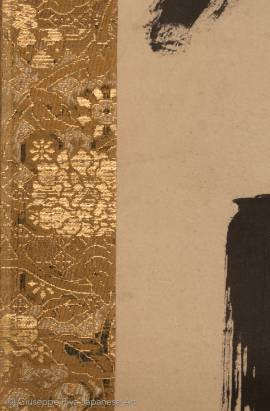 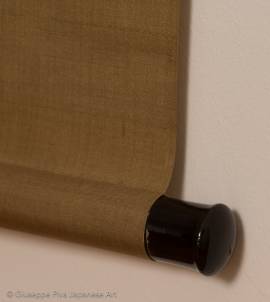