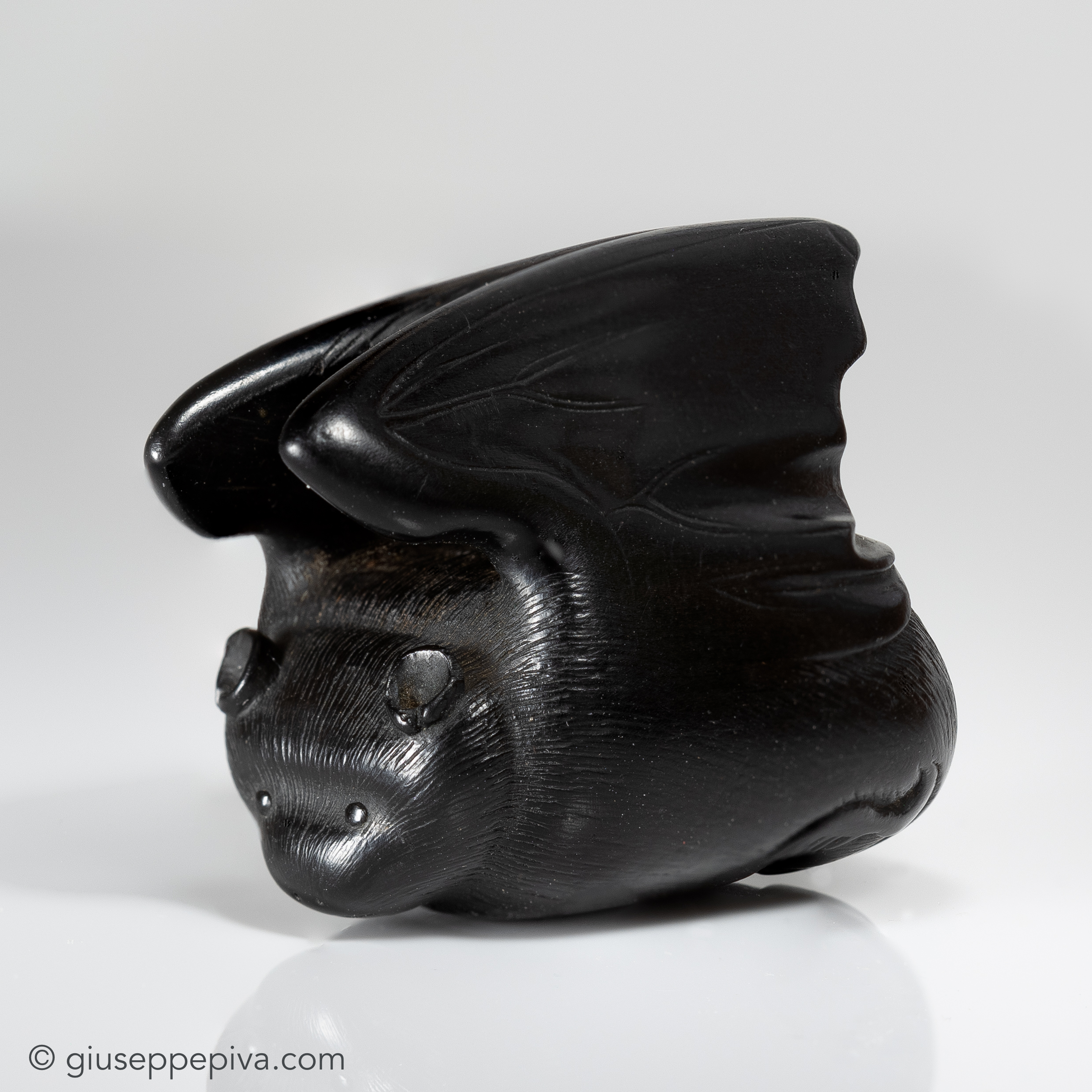 The netsuke represents a half open wings bat. The smooth surface and angular folds contrast with the carefully incised hair work. The body is bold and full, as typical of Horaku style. The small quizzical eyes are inlaid in dark horn.

In China and Japan the bat is a symbol of prosperity and happiness, associated with wedding gifts; this is due in the main fact that its Chinese name, fu could also mean happiness.

Horaku was active in Kyoto where he was famous for his ability to represent very minute details. He was focused in the production of netsuke depicting animals, being bats one of his favorite subjects. 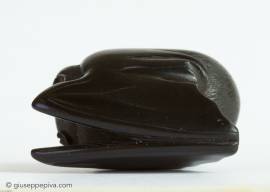 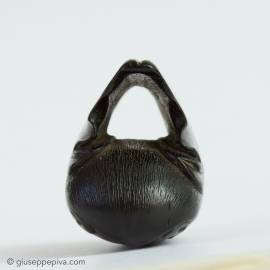 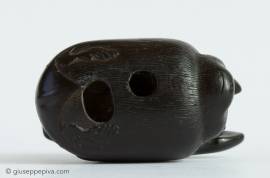 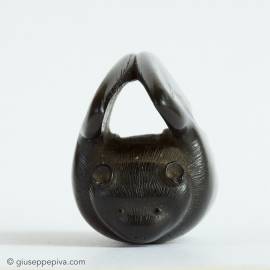 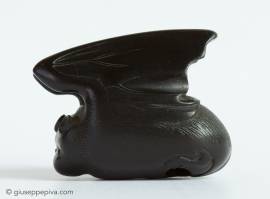 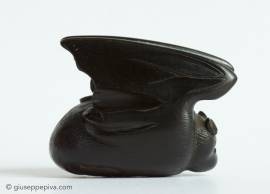 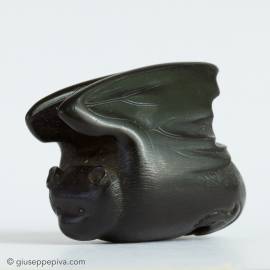 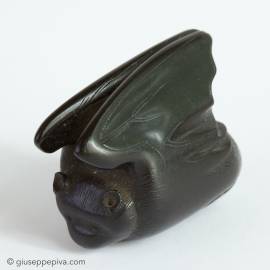