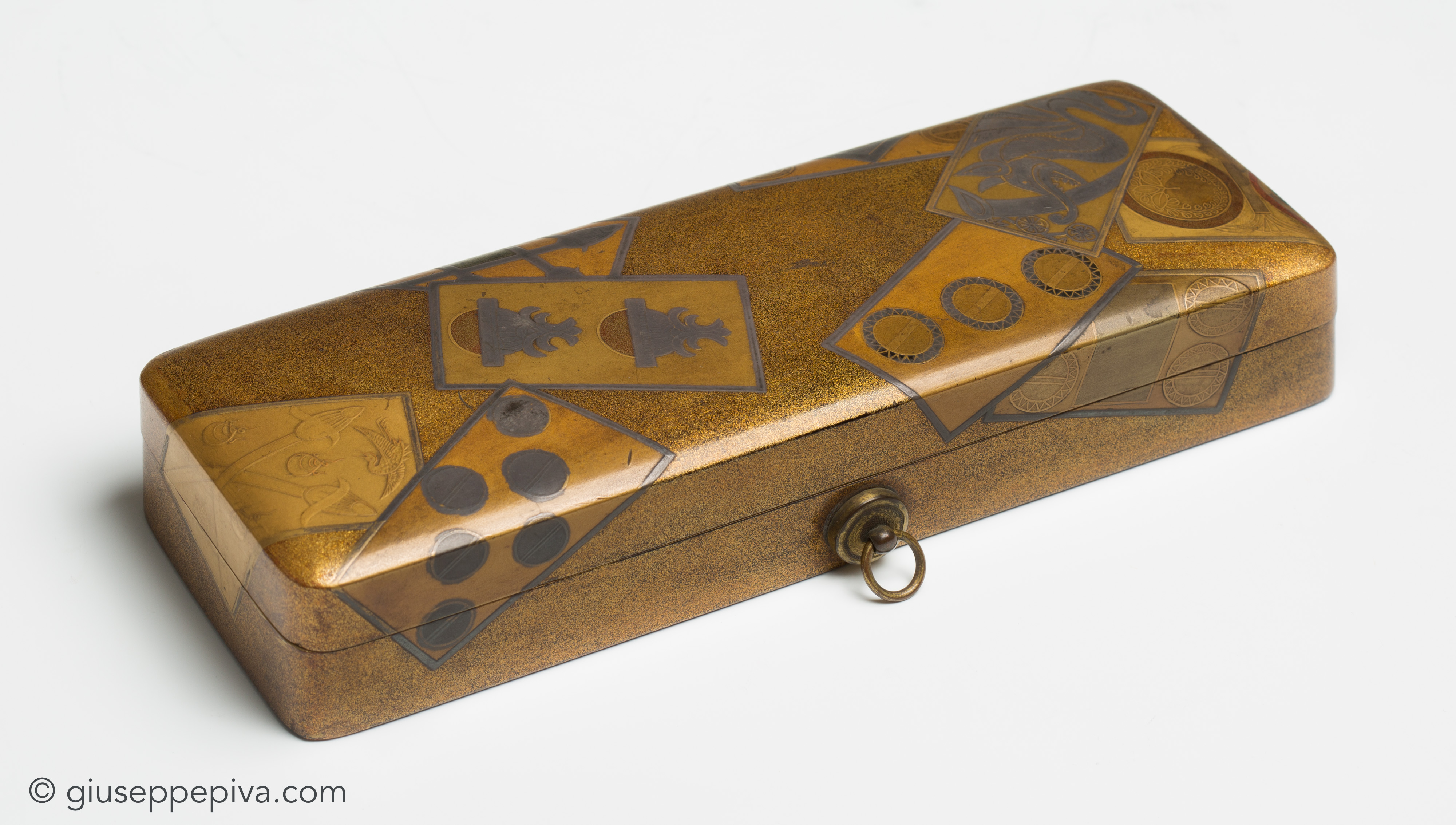 The antique Portuguese 48-card deck arrived in Japan in the mid-16th century, supposedly brought by Francis Xavier. It had 4 suits - cups, swords, coins, and clubs - said to represent the four classes of medieval Europe: priests, knights, merchants, and peasants. Decks went through various permutations to get around the prescriptions, including the revised pack called Unsun Karuta - a mix of European, Chinese, and Japanese motifs - which is what is pictured here. It will be noticed that the Japanese, not quite understanding the motif of the chalice, favored picturing it upside down like a Buddhist jewel, with the stem sprouting from the top. Another characteristic worth mentioning is the presence of the dragon: on original Portuguese decks, dragons were already found instead of aces, while in Japan they have their own value, depending on the game played.

The decoration features a fuji kamon on one card, found also on the gilt metal kanamono, indicating the original owner’s clan. 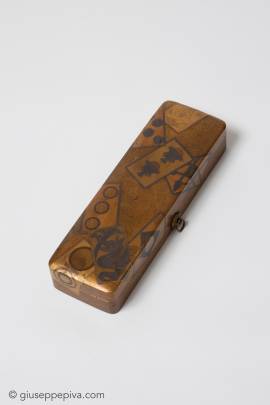 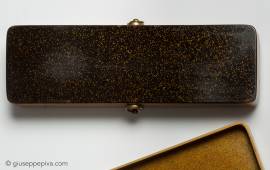 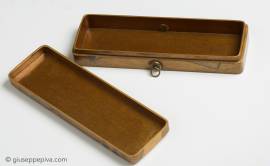 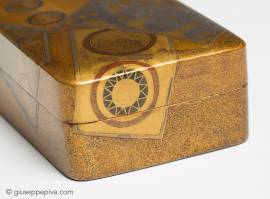 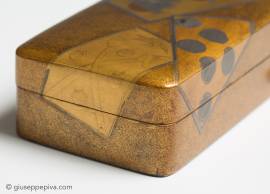 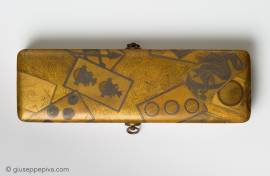