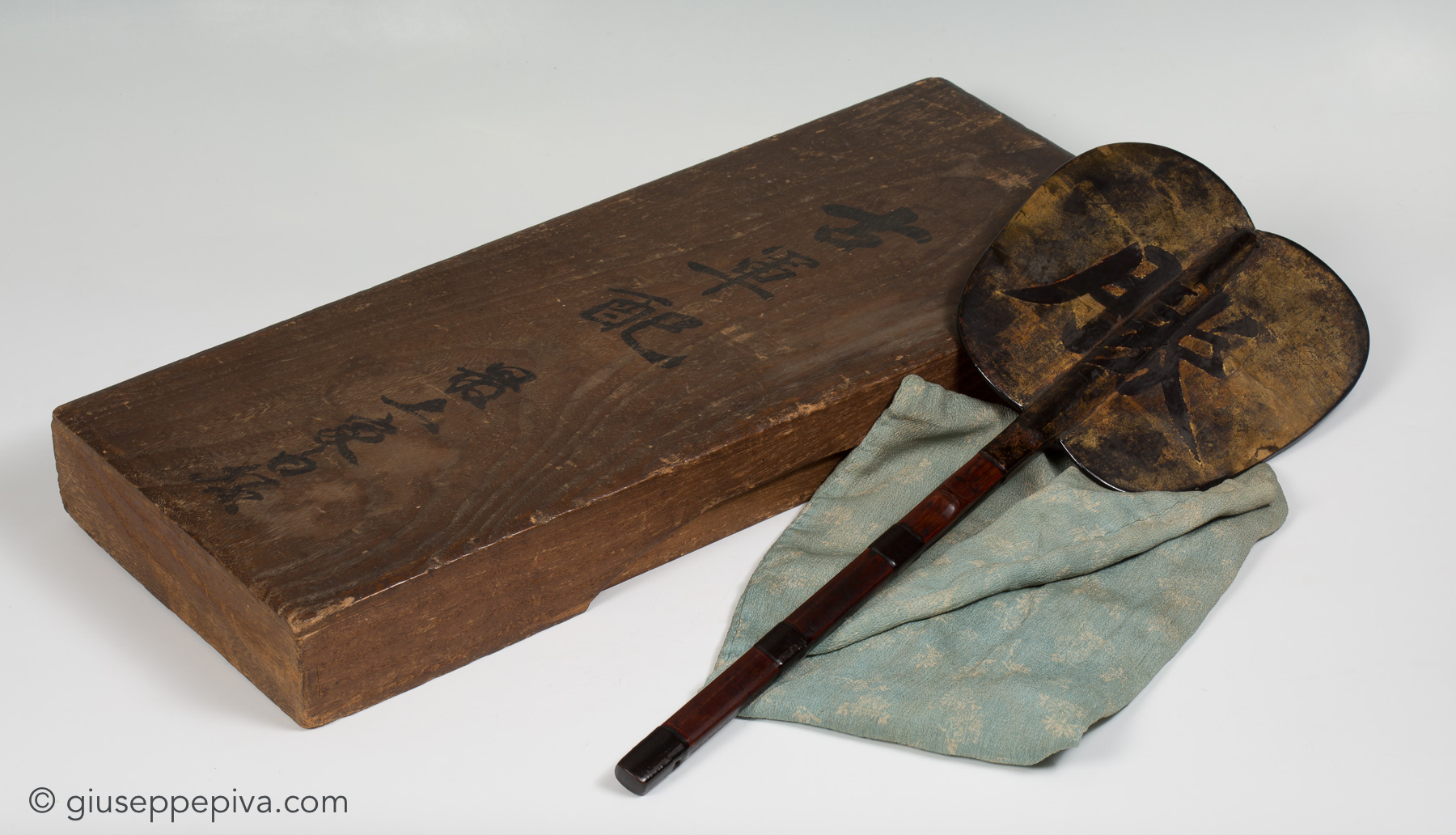 Muromachi to Momoyama period, 16th century
Lacquered wood and bamboo, 46 x 21 cm
Lenght: 50 cm
The various implements used by samurai commanders to signal orders on the batter field or to direct troop movements were referred to as jineigu. Among them, the gunbai uchiwa, a fixed fan, was the equipment that was used by generals and daimyō and hence became a symbol of power.
Early gunbai were rather simple, with sober decoration. This one, as most of those from the Muromachi period, has a rather small flat area and a long bamboo handle in order to be easily used on the batter field. The flat part is gilt over a black lacquered ground and is decorated with two characters only: “Forward” (前) on one side and ”Victory” (勝) on the other, martial concepts typical of the samurai culture. The use of gold lacquer might suggest a dating closer to the Momoyama period.
On this page is a comprehensive glossary of common terms related to samurai armor. 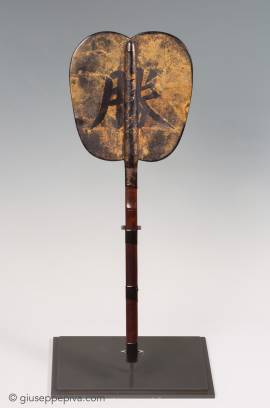 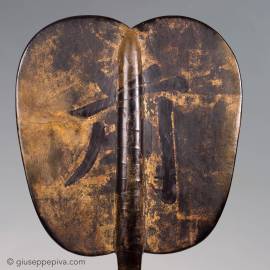 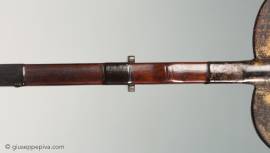 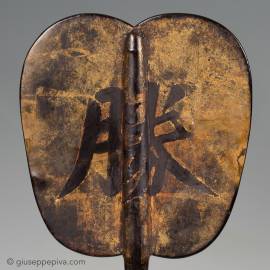