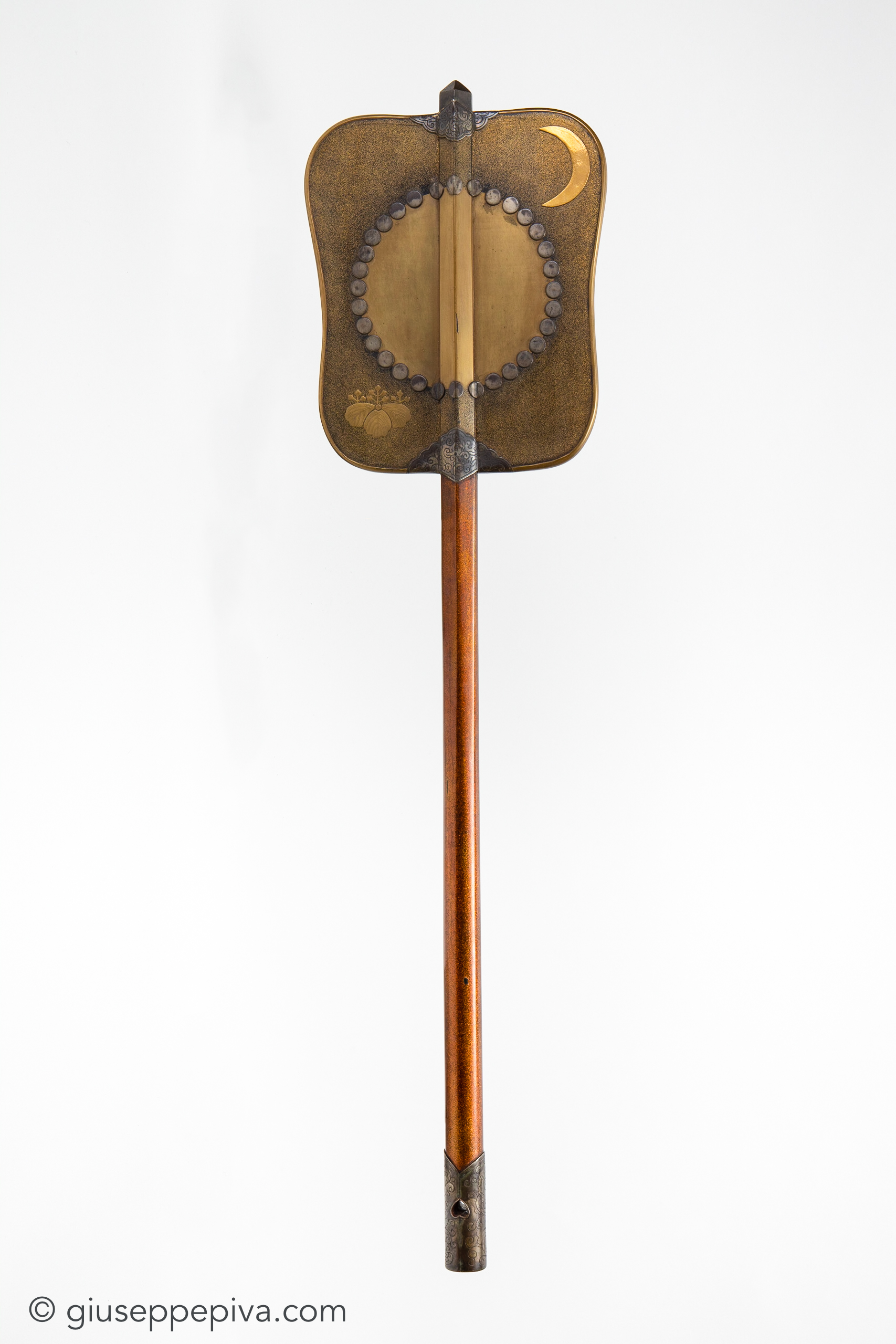 The various implements used by samurai commanders to direct troops on the batterfield were referred to as jineigu. Among them, the gunbai uchiwa, a solid, not folding fan, was the equipment that generals used to communicate commands to their lieutenants. Originally used to ward off heat, the primary function of this fan was then to lend form and dignity to the gestures of the commander.

This rare war fan, particulary long, is finished in nashiji lacquer and decorated with a moon on one side and a kirimon on the other. The flat part is decorated with fundame lacquer circle, surrounded by thirty-two stars. On the kirimon side, five kanji indicate the four cardinal virtues of Confucianism:

The fifth kanji - 心 (Shin) means Spirit, which should always be steeped in the above-mentioned virtues.

Gunbai in for sale. Price on application: alt-1390 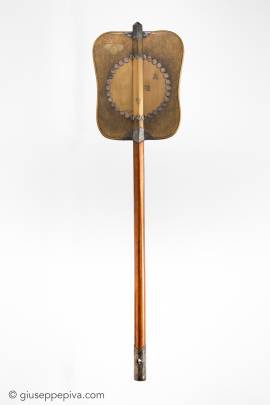 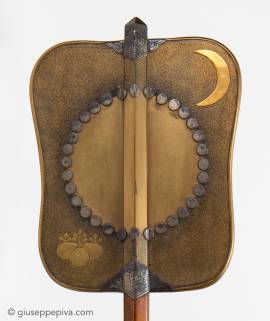 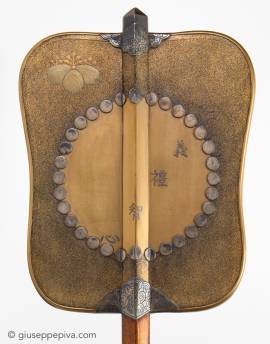