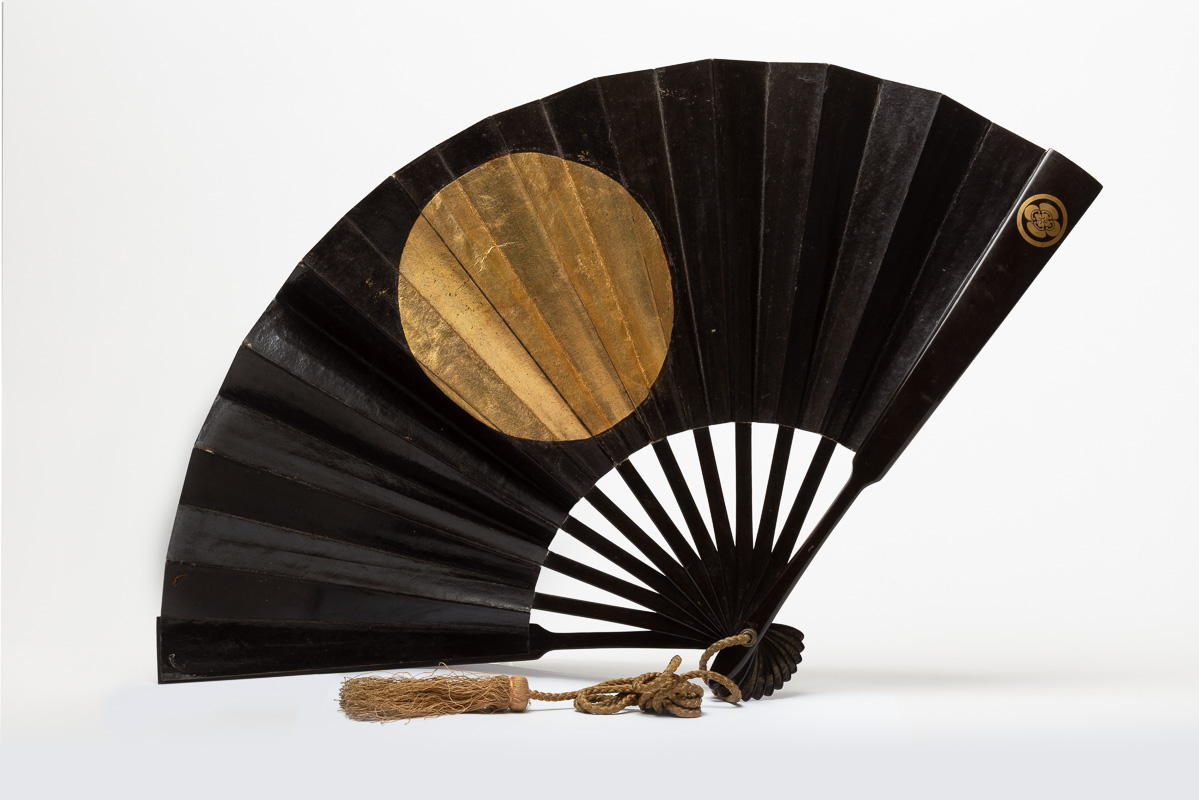 Folding military fans (gunsen) were used by samurai while camp during wartime. They usually have eight or sixteen tines, with a broader tine on either end. The sun and the moon, in gold or silver and crimson, adorn the fan’s faces. While their original function was straightforward- to cool the user in hot weather- folding fans were used for military purposes beginning in ancient times. During the Muromachi period (1392-1573), with the increasing organization of military rituals, folding fans become essential to various ceremonies. The gunsen served  as a handheld tray for the presentation of gifts; a samurai might wave his fan to pacify evil spirits on the way to or form the battle-front; and the fan featured in a general’s inspection of the decapitated head of an enemy. Such an inspection might be carried out as follows. First the general would sit on a folding stool (shōgi) a gunsen in his right hand. An officer would hand a bow to the general, who would tuck his fan into his belt; take the bow on his left hand; stand it on end; and use it to stand up. He would conduct the actual inspection of the served head standing at some distance from the stool. After the inspection , he would return to his seat, sit down return the bow to the officer, and then open the fan completely and fan vigorously three times with his left hand. Finally he would close the fan and return it to his right hand, thus concluding the decapitation inspection ceremony. 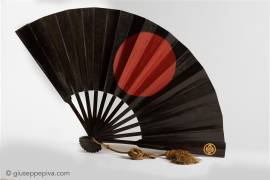 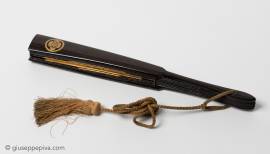 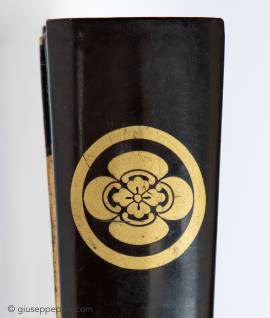