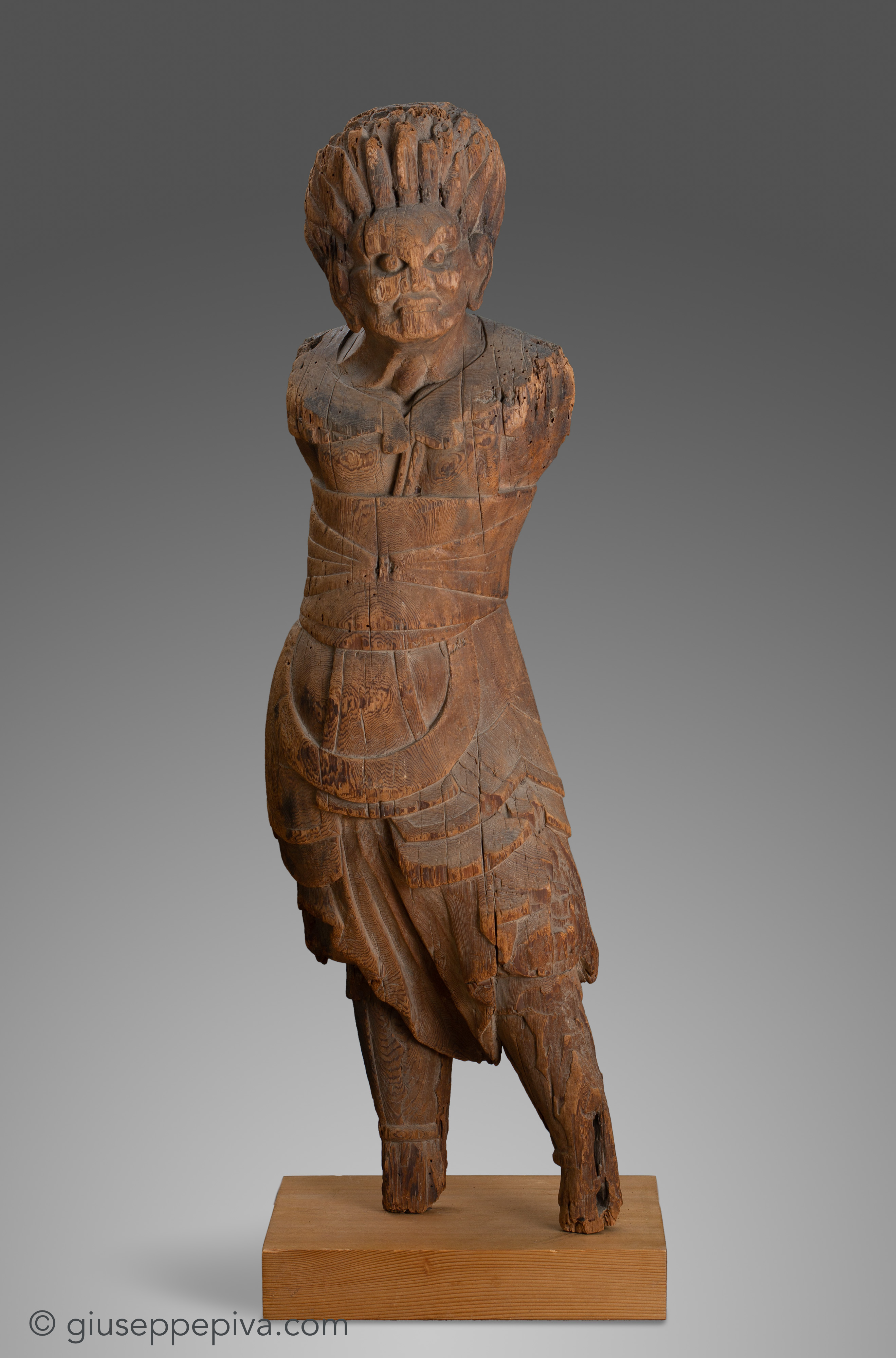 A standing figure of one of  the Twelve Heavenly Generals

The Twelve Heavenly Generals (Jūni Shinshō) protect and serve Yakushi Nyorai, the Medicine Buddha. In Japanese antique sculpture and art, they are almost always grouped in a protective circle around Yakushi Nyorai and might have symbolized the twelve vows of Yakushi, or the protection during the 12 daylight hours, or even the 12 months, the 12 cosmic directions or the 12 animals of the Chinese zodiac. The Jūni Shinshō are also members of the Tenbu, a larger grouping of deities protecting the Buddhist realm.

While interpretations differ, the Jūni Shinshō are always depicted with fierce facial expressions and menacing martial stances. They usually wear armor, topped off with a helmet or, as in this case, spiked hair. Their main function is to protect Yakushi Nyorai and those who believe in Buddhist writings, fighting the enemies of Buddhism. Their ferocious expressions represent their anger with evil deeds and evil people. The general here has been tentatively identified as Haira and his hands would have been threateningly unsheathing a sword. In the history of antique Japanese sculpture, the Heian period represents a consistent period of wood sculpture but shows a development from the single-woodblock construction technique (ichiboku-zukuri) of its early years to Jocho's perfection of the "joined wood construction" (yosegi-zukuri) technique commonly used after the mid-11th century. Due to this construction, most of the antique figure sculpted in this period have lost their original arms. 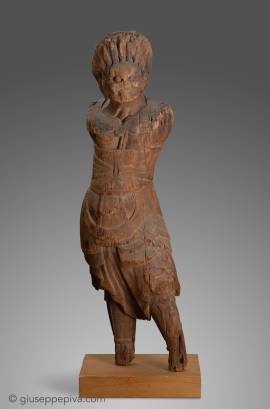 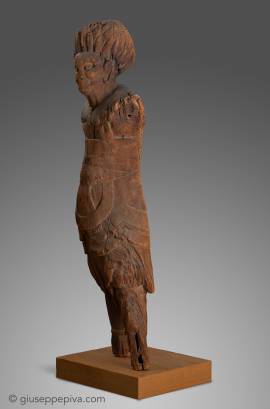 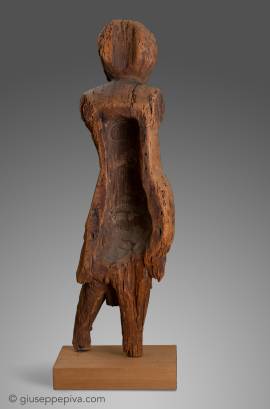 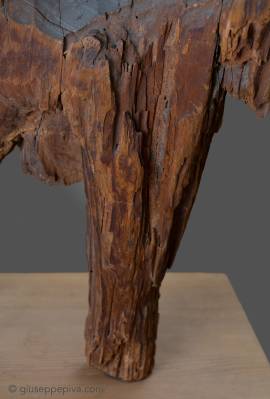 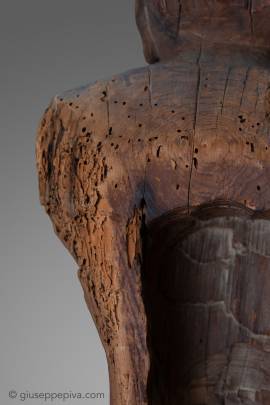 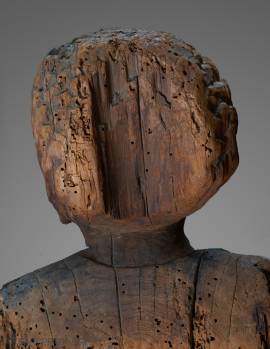 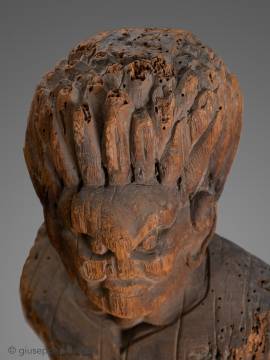 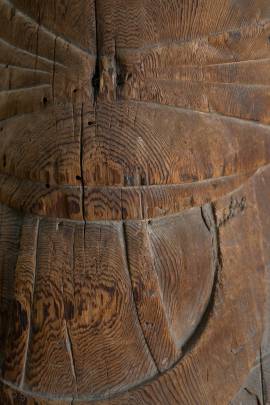 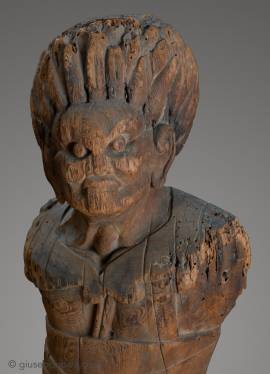 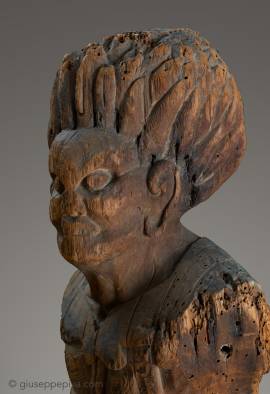