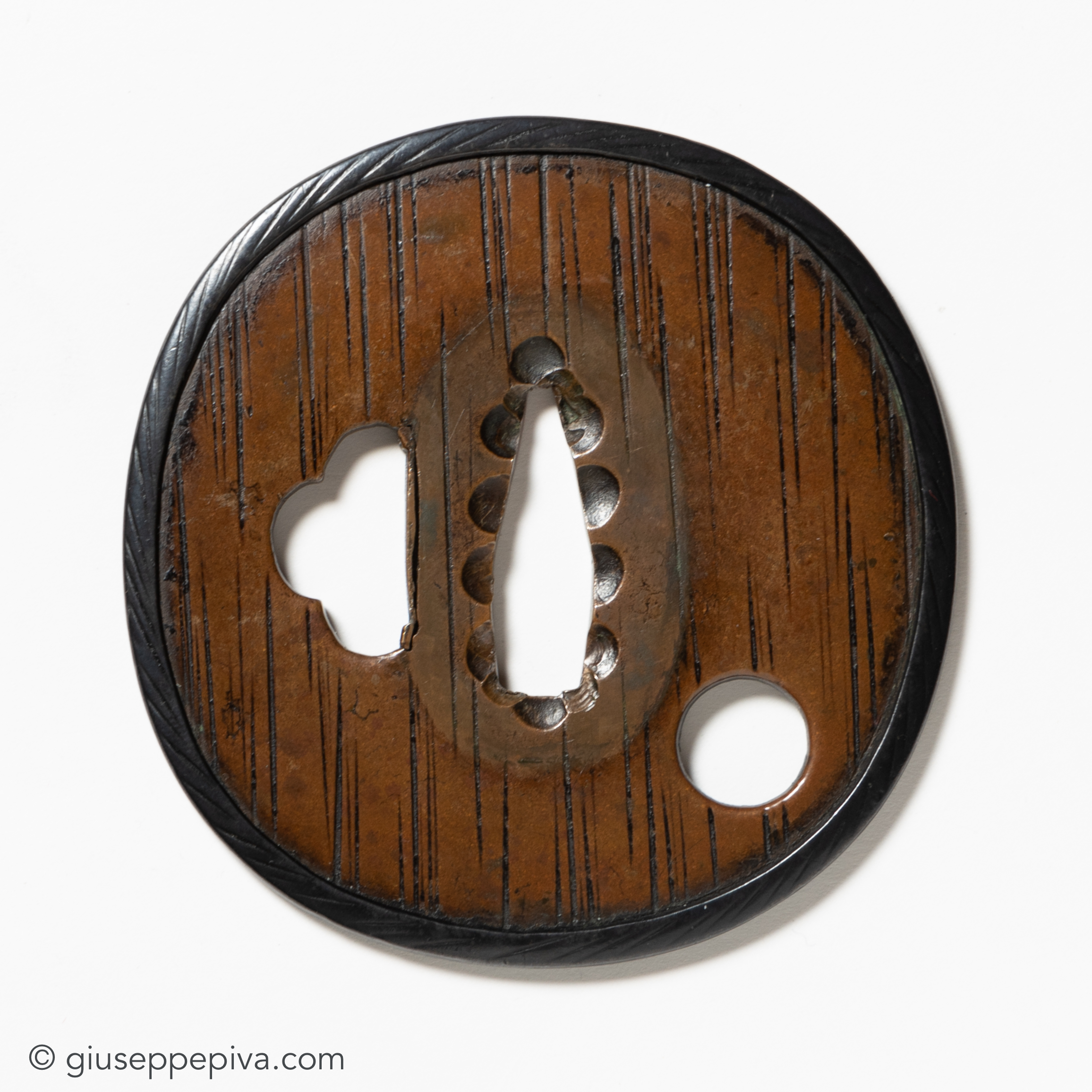 Round brass tsuba of circular shape engraved with rain design filled with black lacquer. The perimeter covered with a shakudo border shaped as a rope. Pierced with a round hole and one hitsu-ana.

Hirata Hikozo is one of the most famous Higo metalworker, who taught both first generation Jingo and Kanshiro. He worked under the patronage of Hosokawa Sansai who was a tea ceremony master, student of Sen Rikyu. As a result, Hikozo was heavily impacted, and many of his works reflect that aesthetic. When the Hosokawa family moved to Higo, he followed, receiving a mansion in Yashiro Fukuro Machi. He died in 1635, when he was about 45 years old.

The Momoyama era tea culture exhibited a balance of action and stillness, and this tsuba exemplifies that feeling. In his book "Higo Kinko Roku”, Hikozo remarked that "he works in a classic style and does not exhibit any mediocre taste.” This tsuba symbolises Hikozo's individuality and unique sophistication. The flat surface and basic design convey a very peaceful and silent awareness that is nonetheless active and strong. The unusual shigure-yasuri design, in fact, evokes falling rain with a wabi-sabi vibe. Wabi, which is rooted on acceptance of reality and a sense of quiet serenity, teaches us that no matter what our circumstances are, there is always beauty to be found. Aesthetically, wabi teaches that beauty can be found not only in the loud, visible, or joyful, but also in the small things of everyday life.

The most beautiful Hikozo pieces, such as this one, are made of copper. The soft metal and yasuri (file work) on the tsuba's surface have blended very nicely and the black urushi has penetrated into the chisel marks. The rim is adorned with a rope-shaped shakudo border (fukurin), typical of Hikozo's works. 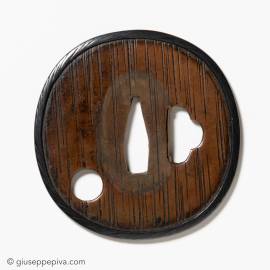 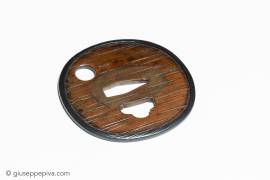 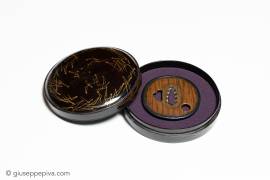 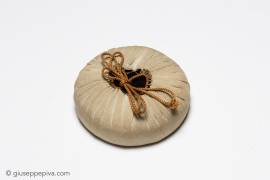 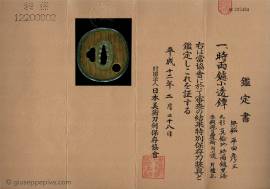