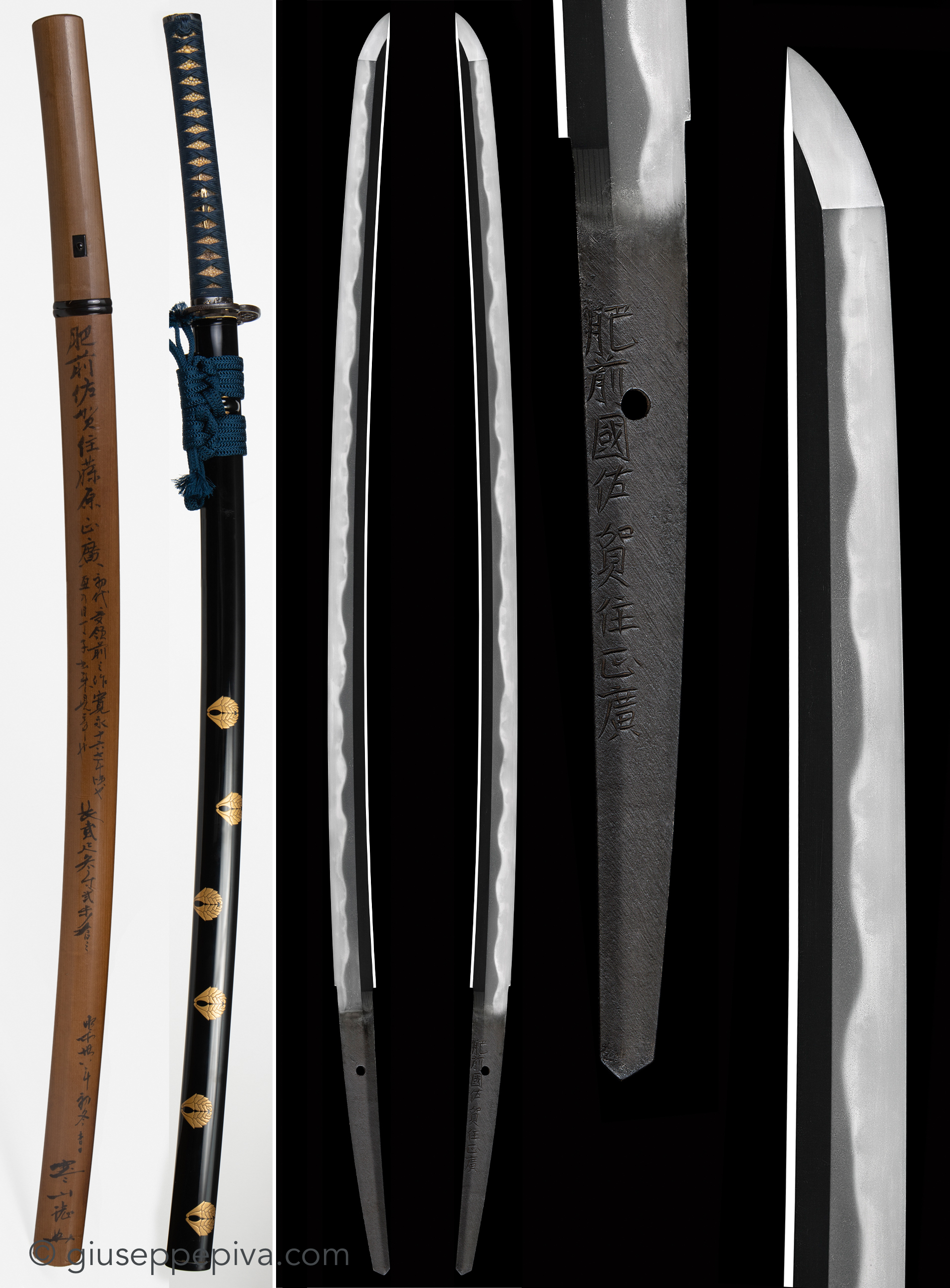 Round at the end with hakikake kaeri

This blade was made early and it is assigned to the first generation, around Kanei 16 or 17

The sword is accompanied by an antique koshirae with high level fittings; the lacquered scabbard with gold family crests representing apricot blossom used by the Nabeshima clan.

Even if the main style of the Hashimoto family was based on suguha hamon, Masahiro worked mainly in midare, as seen on this blade. The reason might be that the daimyō Nabeshima, who commissioned the work, was very fond of Soshu Gō’s style, who used a midareba with strong nie. Masahiro’s style might look similar to Tadahiro, but it is actually more flamboyant, with strong nie which gives origin to sunagashi and kinsuji, especially on early blades like the present one. Another feature of early works is the hakikake boshi and in fact Kanzan sensei dated this katana at 1639-40.

Masahiro is considered the best smith among all Waki-Hizen schools, which means those who were not in the direct lineage of Tadayoshi. He was in fact one of the best sword-smiths of the Shintō period and he is rated “Jo Saku” (“Superior”) by Fujishiro. He died in 1665 at the age of 59 and his name had been used by his descendants for ten generations until the end of the Edo period.

This katana gives a very strong feeling, with a wide blade and a flamboyant hamon, rich of activities; it clearly shows the best traits of Masahiro and is considered an important work, being appointed as “Juyō Tōken” as early as 1977, a clear evidence of how soon it had been recognised as a masterpiece. 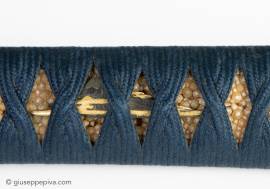 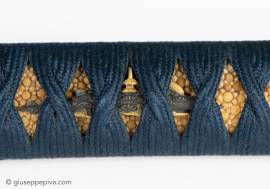 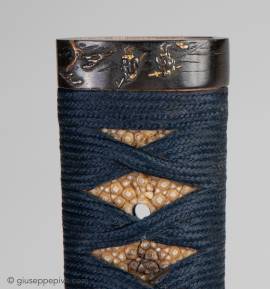 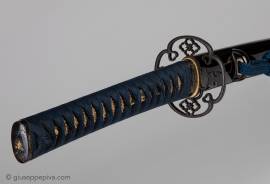 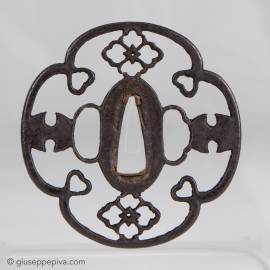 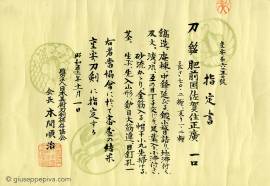 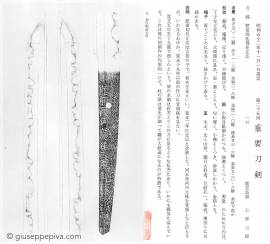