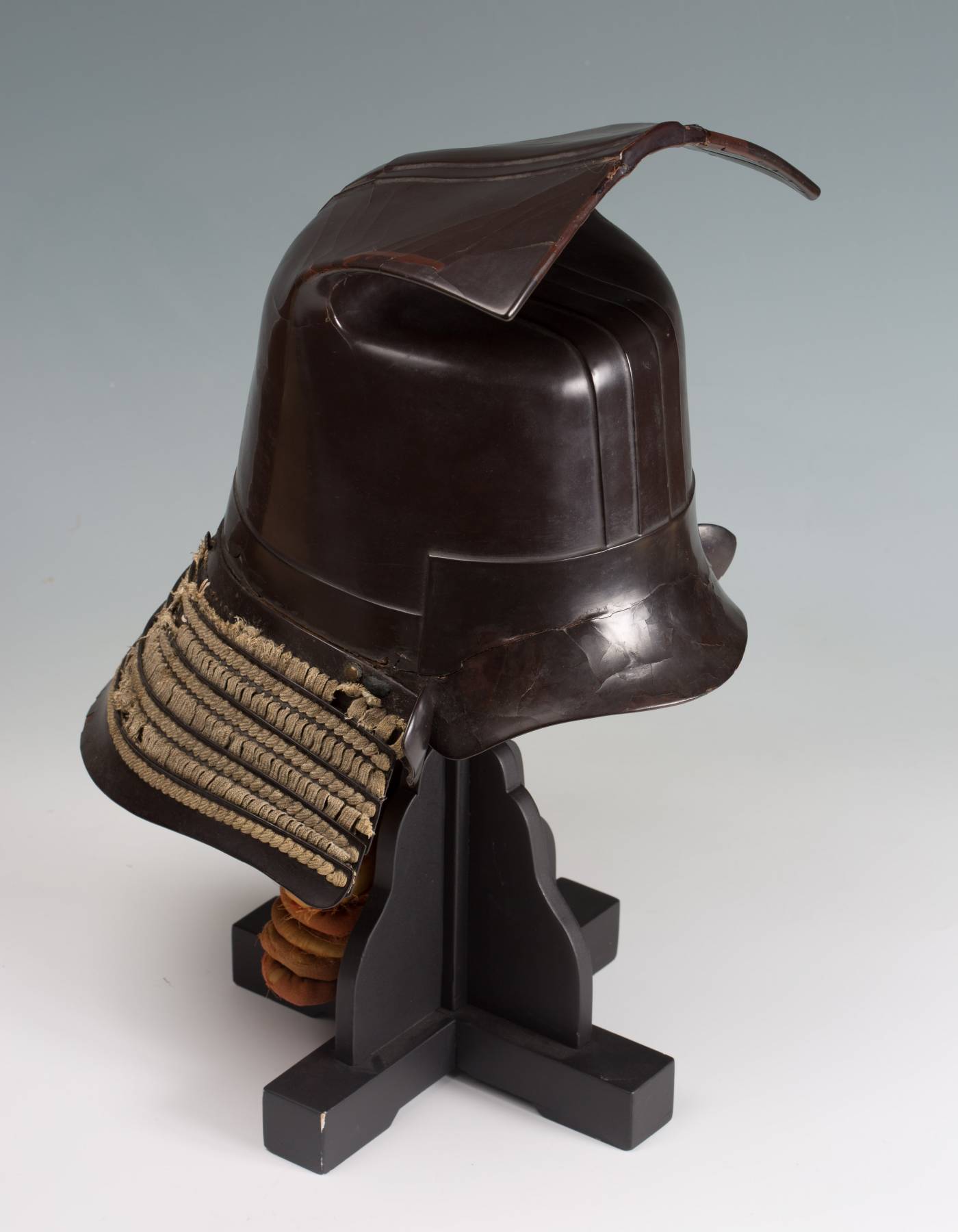 Helmet shaped as a squared cloth headgear
Early Edo Period (1615-1867) 17th century
Provenance:
Kyoto, Arashiyama Museum
Literature:
Tetsu to urushi no geijutsu - Kyoto Arashiyama Bijutsukan zohinshu, Kyoto, 1986, pag. 26
Certificate: NKBKHK Tokubetsu Kichou Shiryo
The kakuzukin, a type of headgear worn during the early Edo period, was formed by a rectangular cloth folded and sewn along the sides. This kabuto is shaped to resemble this kind of gear and, unlike similar known helmets, it bears in the center a simulation of multiple folds; the inner part, also, is decorated with parallel ridges. The decoration over the iron bowl is made in harikake, papier-maché mixed with lacquer, to be light and solid at the same time.
Harikake had been used during the Momoyama period (1573-1715) when generals began to wear large helmets with extravagant shapes called kawari kabuto. Kakuzukin-nari helmets are known to have been a particular favorite of the second Tokugawa shogun, Hidetada (ruled 1605-23) and of Hosokawa Tadaoki (1563-1646), lord of Kumamoto domain. 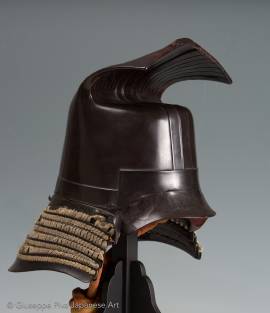 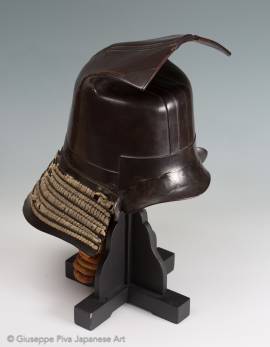 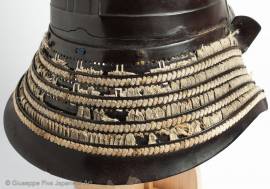 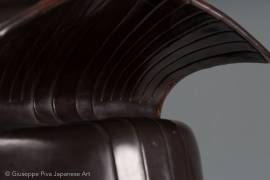 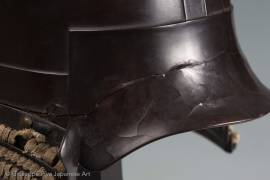 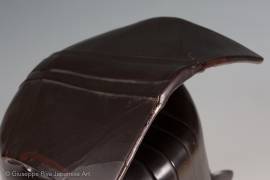 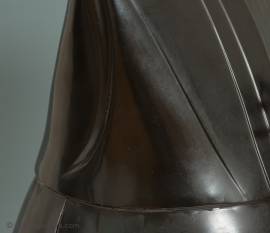 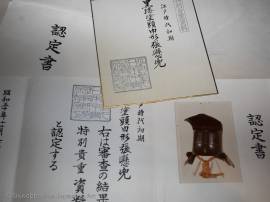