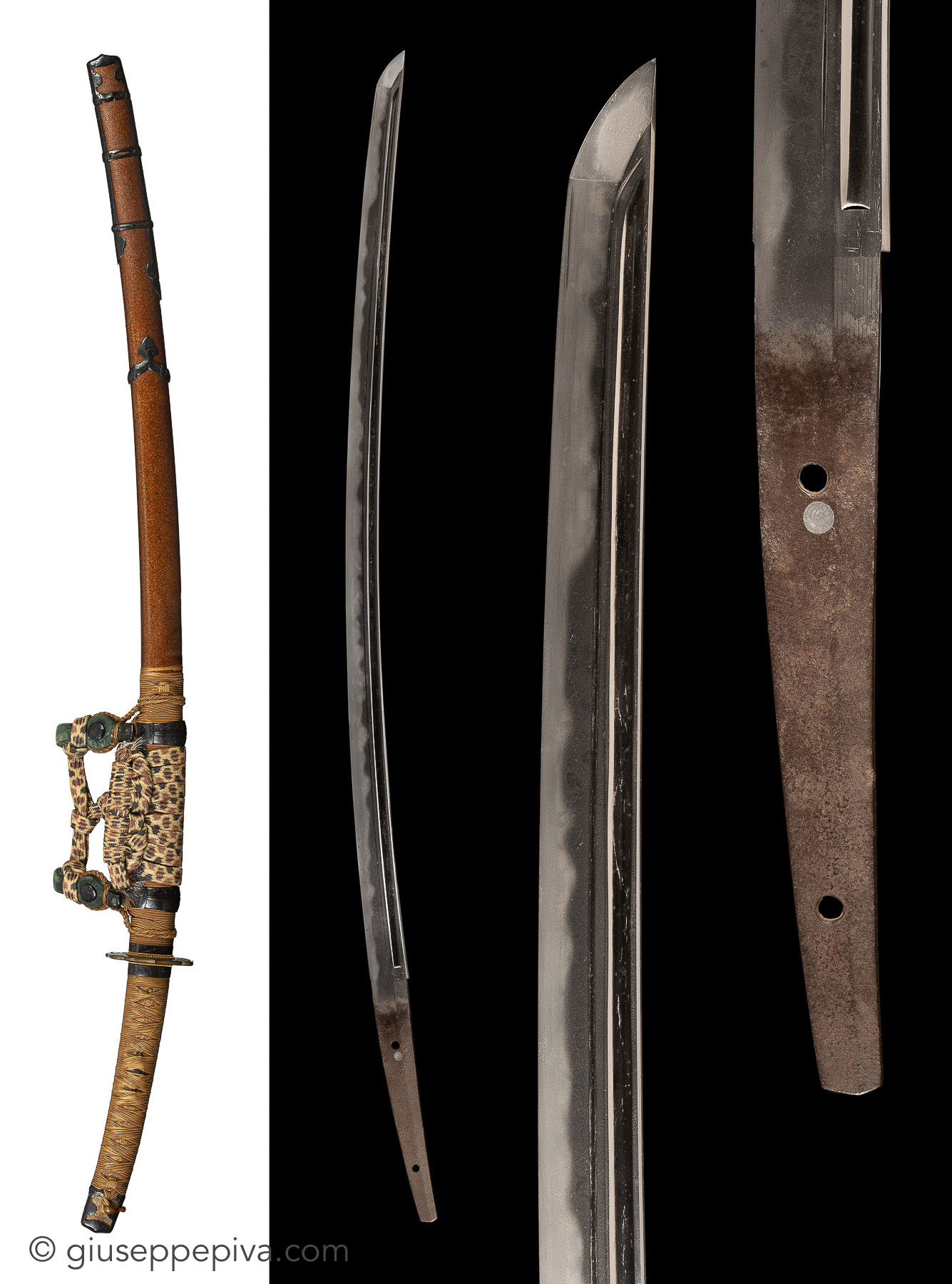 ORIGAMI [certificate]: With a Yushu (superior level) certificate by Fujishiro in 1986, attributing the sword to “Soshu ju Yasuharu”. Matsuo Fujishiro (1914-2004) was designated a Living National Treasure in sword polishing in 1996 and his certificates, especially those of Yushu type, are highly regarded.

This massive and impressive sword shows the typical features of the late Soshu blades, which take inspiration from Bizen style, in vogue in that period. The choji hamon, here with a flamboyant hitatsura design, is a result of this new, rich style. The most important group working in this way was the one settled in Odawara at the end of the Muromachi period, called Odawara Soshu, which formed a distinct style. This school, apart from Yasuharu, includes smiths like Masahiro, Hiromasa and Sukehiro.

Yasuharu was originally from Suruga and was a student of Shimada Yoshisuke. The name Yasuharu had been given to the smith by Hōjō Ujiyasu (1515-1571), daimyō of the Hōjō clan, who granted him the use of the kanji “-yasu”.

Even if Soshu swords from this period generally do not show nie anymore, it is noticeable that this sword is actually rich of this feature.

Dr. Walter A. Compton (1911–1990), who amassed probably the greatest nihontō private collection of recent times outside Japan, collected Japanese swords for fifty years. The cream of the Compton collection was exhibited in 1976 at Japan House Gallery, New York. The show included the first registered National Treasure lent by Japan for exhibition abroad: a thirteenth-century sword Compton had acquired in the United States and identified as a registered missing rarity. It had been taken from a shrine in Kagoshima Prefecture by a member of the United States armed forces after World War II. In 1963, Compton returned it as a gift to Japan and in later years made six other such gifts. In 1992, the Compton collection was sold at Christie’s, New York, for over ten million dollars, the most important such sale ever held in the West.


Katana for sale. Price on application. 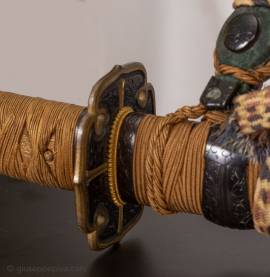 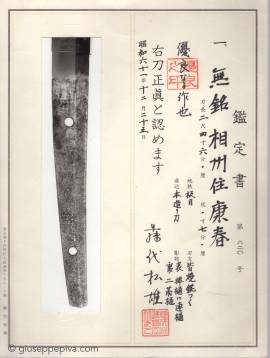