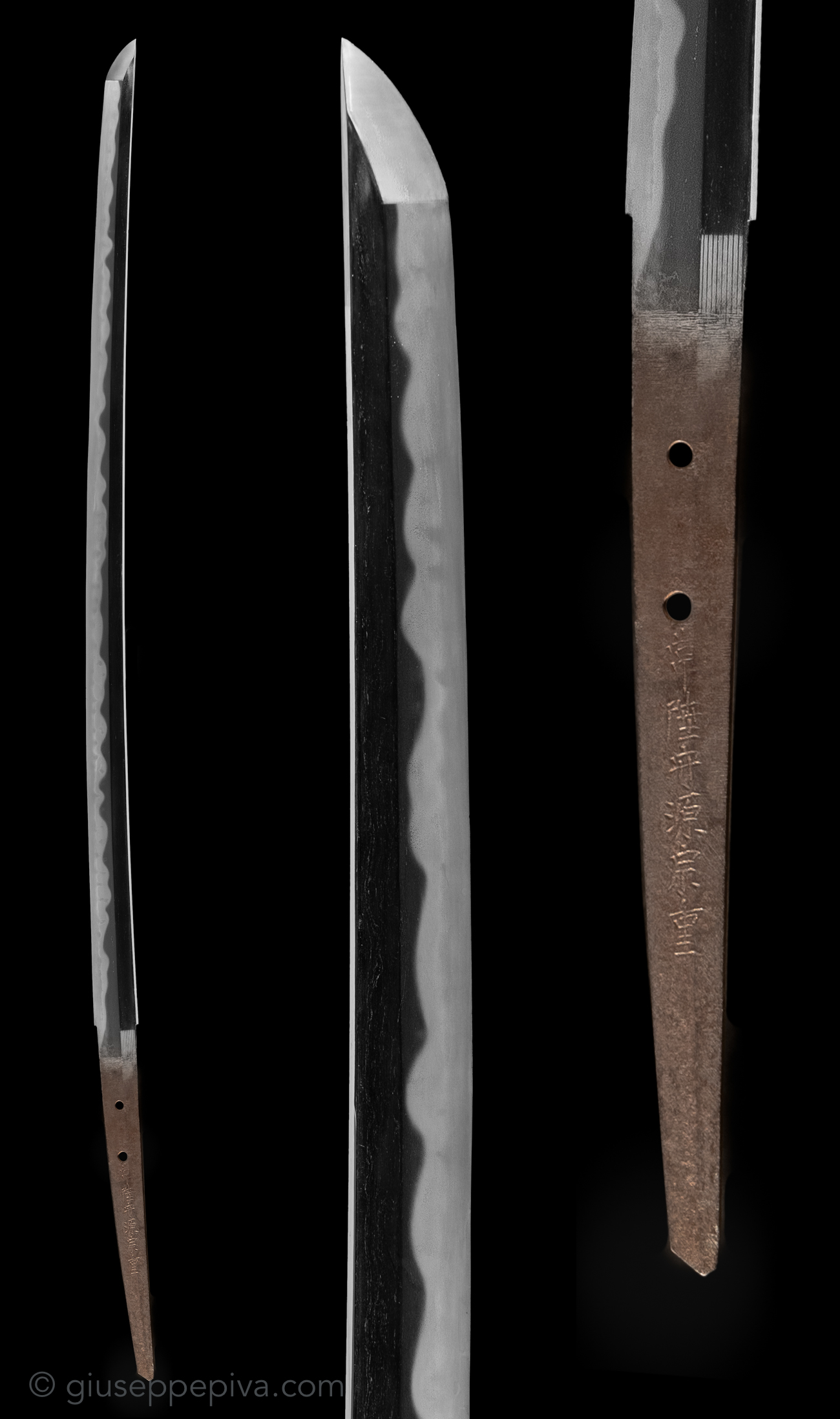 
A katana by Minamoto Muneshige

The Sukehiro school, or Tsuda school, was founded in Tsuda (Harima province) by Soboro Sukehiro. The school will see the emergence of leading smiths  through the shintō period, working in the Ōsaka tradition, generally with the flamboyant chōji-midare from the Bizen works. Muneshige, whose name was used by two generations, was pupil of Sukenao. Fujishiro rates Chu-jo Saku the first generation and Chu Saku the second one.

This sword is typical of the school’s production. The shape is with a very shallow curvature, as expected in a katana of this period in Osaka tradition, and offers a rich variety of activities throughout the temper line.

The tang is very long and elegant, ending with a very narrow irayama-gata tip, even if compared with other works by Muneshige or by other swordsmiths of this school.

It is a very long katana, in excellent condition, that shows the best features of the Japanese swords of this period.

Katana for sale, price in application 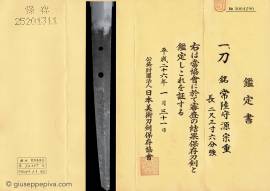