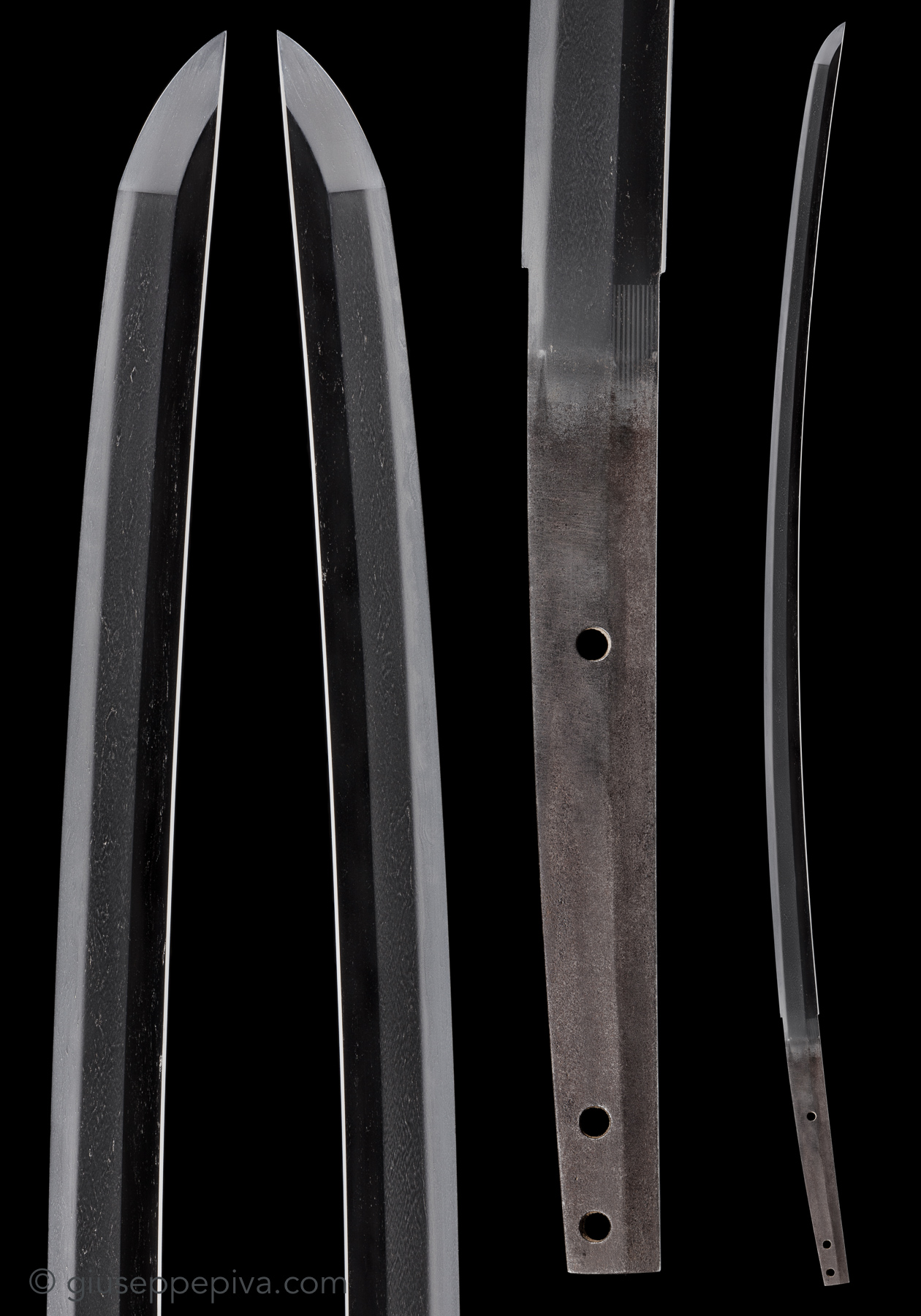 Designated as jûyō-tōken in course of the 43rd jûyō-tōken shinsa
Jōshû Rai Kuninaga
Ō-suriage mumei. This smith was a student of Rai Kunitoshi, but as he moved later to Nakajima in Settsu province and made swords there, he is usually referred to as Nakajima-Rai. This blade is a masterwork whose jiba shows the characteristic features of the smith very well.
Very rare, very precious.
Blade length: 2 shaku, 3 sun e 6 bu
Written by Tanzan Hendō in October of the year of the snake of this era (2013)

Koshirae
The sword is accompanied by a good old koshirae with high level fittings. The two piece habaki, part of which is solid gold, features a version of the Aoi mon of the Tokugawa house used by the Moriyama Matsudaira daimyō branch.

Rai Kunitoshi, one of the best Japanese sword makers of all time, had many fine students, but only three of them produced swords that were later signed with his name, accordingly to the daimei tradition: Kuninaga, Kunimitsu e Kunitsugu. Kuninaga is considered one of the great sword-smiths of the Rai school, working between the late Kamakura period and into the Nanbokucho period. After working exclusively for Kunitoshi and signing his blades with the master’s name, which probably says something about the important role he played in the school, Kuninaga moved to Nakajima around 1329 and founded the Nakajima-Rai school. At this point he started signing his own blades but there are still only few works remaining to us that Rai Kuninaga signed with his name and there are probably more daimei for Rai Kunitoshi than existing zaimei blades of his own.

This sword is of great quality and is considered a masterpiece of Rai Kuninaga, with strong activities both in the hamon and in the jihada. The shape is typical of the late Kamakura period, so it is probably from the time when he moved to Nakajima. It had been used in battle and carries a very nice kirikomi on the mune, a cut from another sword happened during an actual fight.

The sword photographs here are provided by Darcy Brockbank of Yuhindo, for which I owe a debt of thanks. 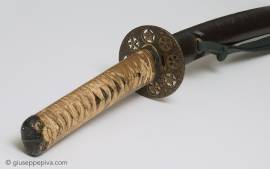 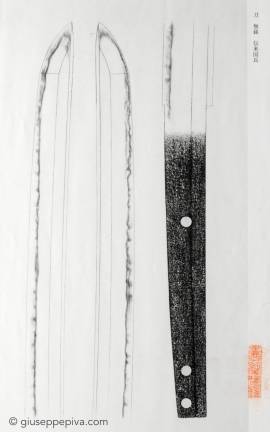 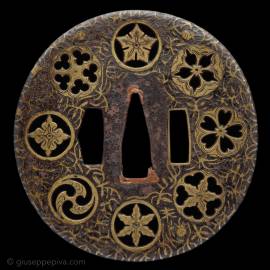 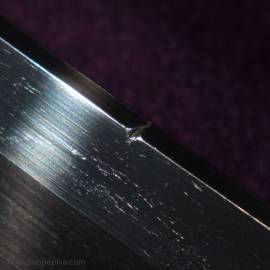 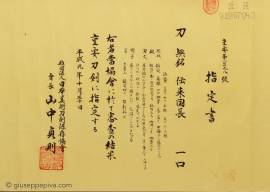