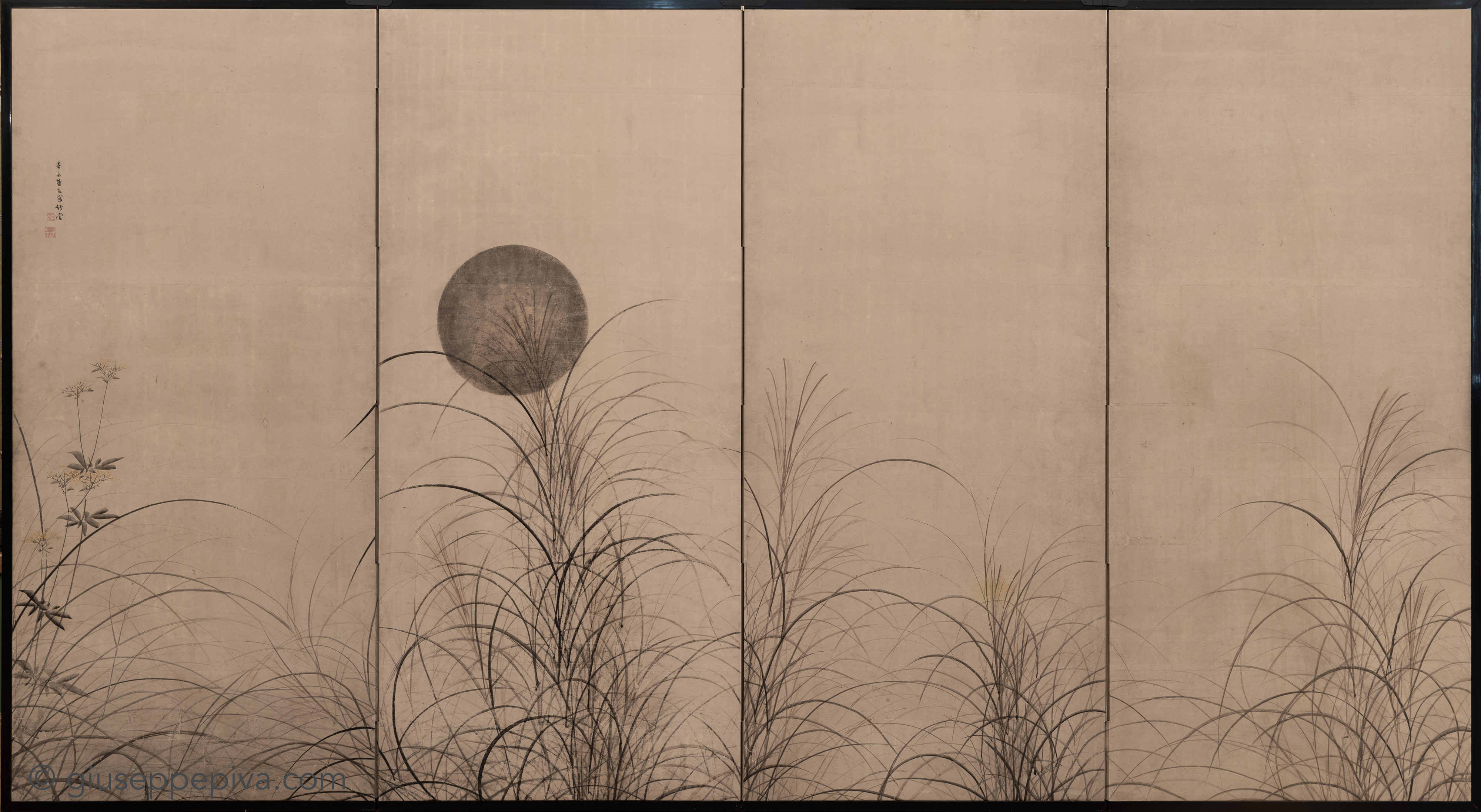 The composition of Musashino Plain was one favored by several Yamato-e schools of painting in the early modern period. Depictions of the plain of Musashino were generally brimming with taste. Musashino is part of the Kanto Plain which spreads over the western part of Edo (Tokyo). The tradition underlying this image began in a poem by Minamoto no Michikata (1189–1238):

On the Musashi plain

There are no mountains

Behind which the moon can slip,

A painting with the same subject is preserved at the Tokyo National Museum.

Kishi Chikudō was born in Hikone (Shiga prefecture) in 1826. He first studied with Nakajima Antai, a Kanō master, until he moved to Kyoto in 1842, where he became a pupil of Kanō Eigaku and in 1843 of Kishi Renzan (1805-1859). Renzan made him his heir in 1854. Thus, Chikudō became the fourth generation head of the Kishi school.

In 1855 Chikudō participated in the decoration of the Kyoto imperial palace. This imperial commission provided him and his school with a prestigious position in the art world. In his lifetime, Chikudō, Mori Kansai, and Kōno Bairei were regarded as the three greatest painters of Kyoto. His desire to develop an innovative, more individual style made him an important figure in the development of early Nihonga in the first half of the Meiji era.

The Kishi school is well-known for its tiger paintings, in which Chikudō was a master as well. His subjects include other animals, cherry blossom, moonlit scenes and bird & flower designs. He laid strong emphasis on shasei (sketching from life), which he passed on to his followers of the next generation. 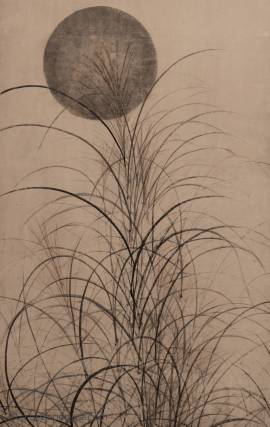 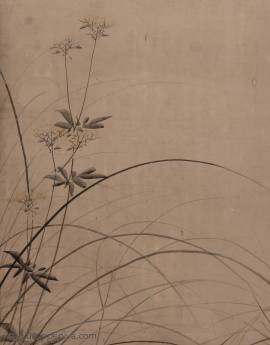