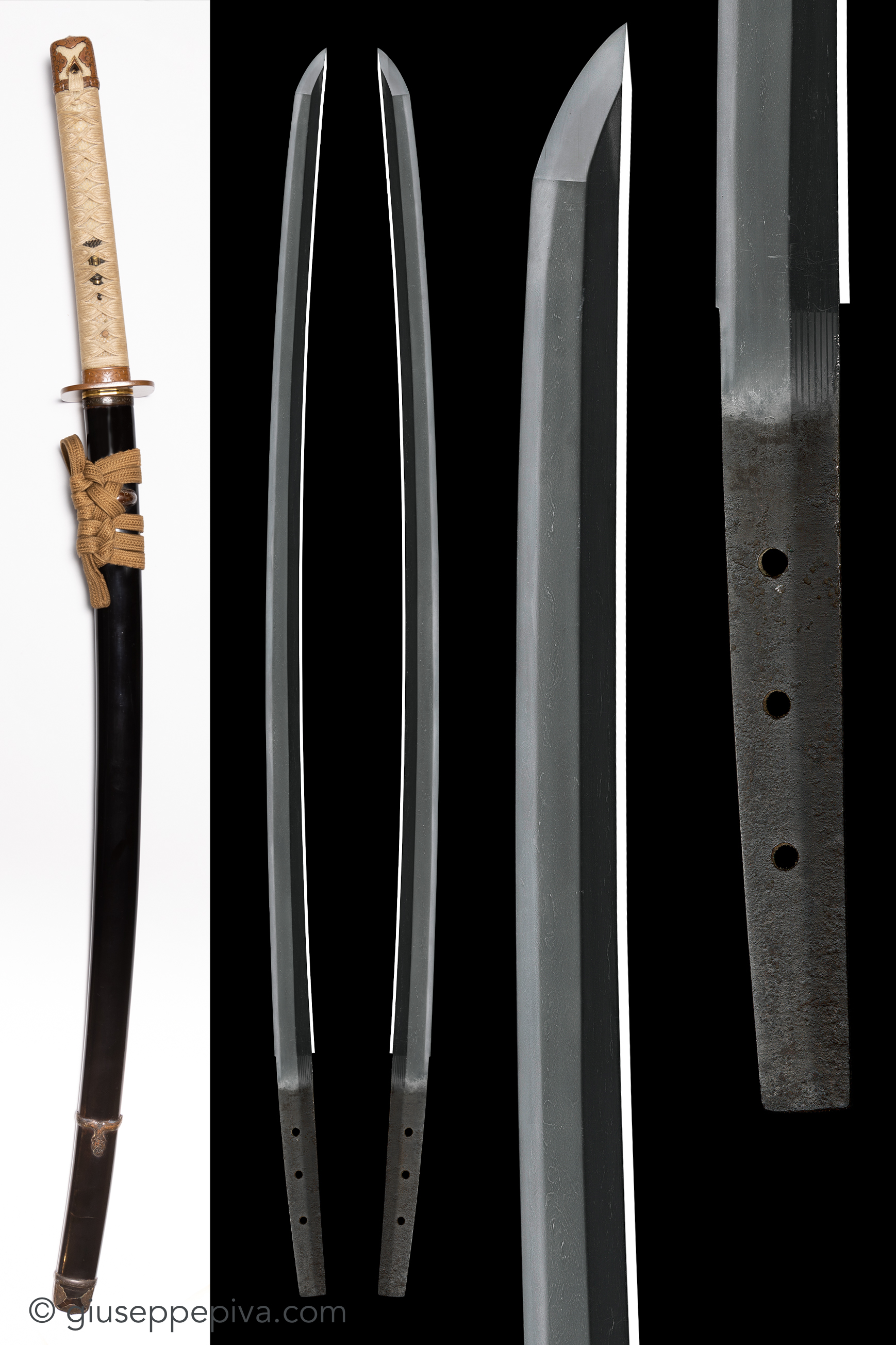 Koshirae [mounts]
The sword in shirasaya is accompanied by a good antique handachi koshirae with high level copper and shakudo fittings.

The founder of the Uda School is considered to have been Kunimitsu, originally from the Uda district of Yamato Province, at the end of the Kamakura Era.  All of the succeeding smiths of this school used the kanji character “Kuni” in their signatures.  At some point he moved to Etchu Province so even though the Uda School had its foundation in the Yamato tradition, it is considered to be one of the wakimono schools from this region, mixing different styles. Since remaining works by Kunimitsu are non-existent, his students, Kunifusa and Kunimune, are generally thought to be the true founders of this school. Both of these smiths studied under Norishige of the Etchu Province and they were active in the late 13th century. The works of these early Uda smiths followed the style of the Yamato den particularly in the areas of sugata and hamon.

“Ko-Uda” is the term used to specify works of the Uda school made before 1394. Early blades like the present one show Yamato characteristics, as a shallow sori and a fairly high shinogi.  The hamon is of nie structure with abundant nie activities such as ashi, yo, nie hotsure, sunagashi, and kuchigaiba. The bōshi often ends with a long kaeri which sometimes continues into muneyaki, as clearly visible on this katana. 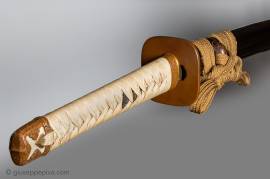 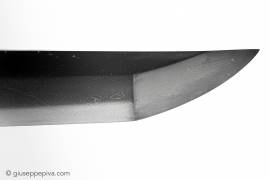 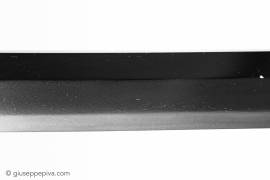 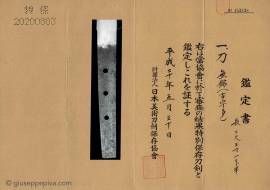