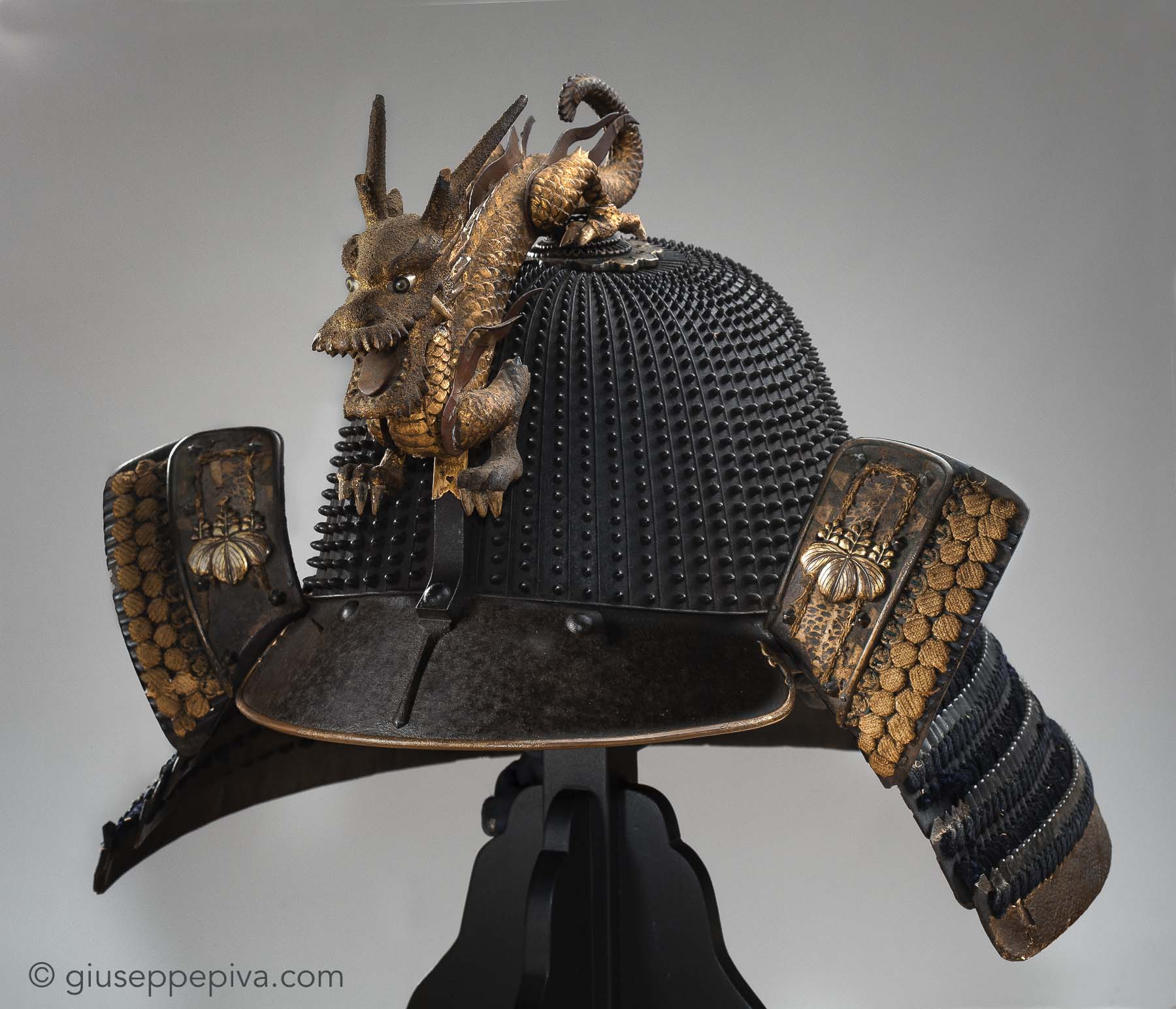 A russet iron (tetsu sabiji) sixty-two plate kabuto, each mounted with twenty-five small tapered standing rivets (ko-boshi) of decreasing size; the front plate, larger than the others, is fitted with two lines of rivets, while the rear one is left empty, for a total of 1.550 rivets.
The typical "Saotome-byo" is visible under this lining, an extra rivet which is almost an additional signature of the Saotome armorers.
The five-stage shikoro (neck protection) is in blue-laced kiritsuke-kozane and is fitted with large double fukigaeshi on which gilt metal kiri-mon are applied.

Iechika is generally indicated as the fourth generation of the Saotome family and is considered one of the best helmet makers of the Edo period; ranked as "Jo Jo I" level, his kabuto can be found in some of the most important suits of armor from this time, including masterpieces from the Tokugawa clan. There have probably been two or three different makers who signed Iechika, but ko-boshi helmets of the best quality, like this one, show some common features and must have been made by the same smith: the rivets are perfectly aligned and their shape is elongated, tapering only at the point and hence looking like a bullet; their position, especially on the rear of the helmet, is not centered on the plate but closer to the back suji.

The Saotome school takes its name from the village in the Hitachi province where it originated. According to the Meiko Zukan, the most important antique manuscript about Japanese armor, it was founded by Ietada, a samurai at the service of the Tagaya clan who started this activity after he became a ronin. The Tagaya clan were stripped of their 60,000 koku holdings after the Sekigahara battle due to their defection to the Uesugi clan, so it is probably after 1600 that Iesada founded the Saotome school, even if it is unclear how he managed to learn such skill in manufacturing helmets. The school remained active until the end of the 18th century, producing some of the finest samurai helmets. 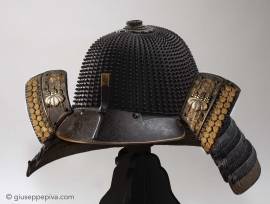 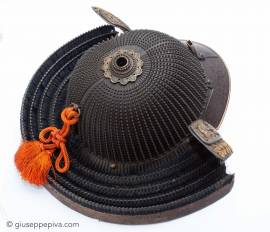 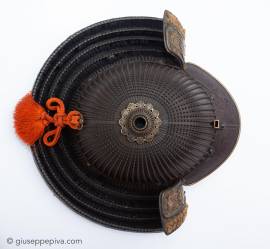 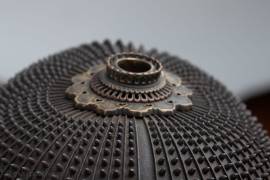