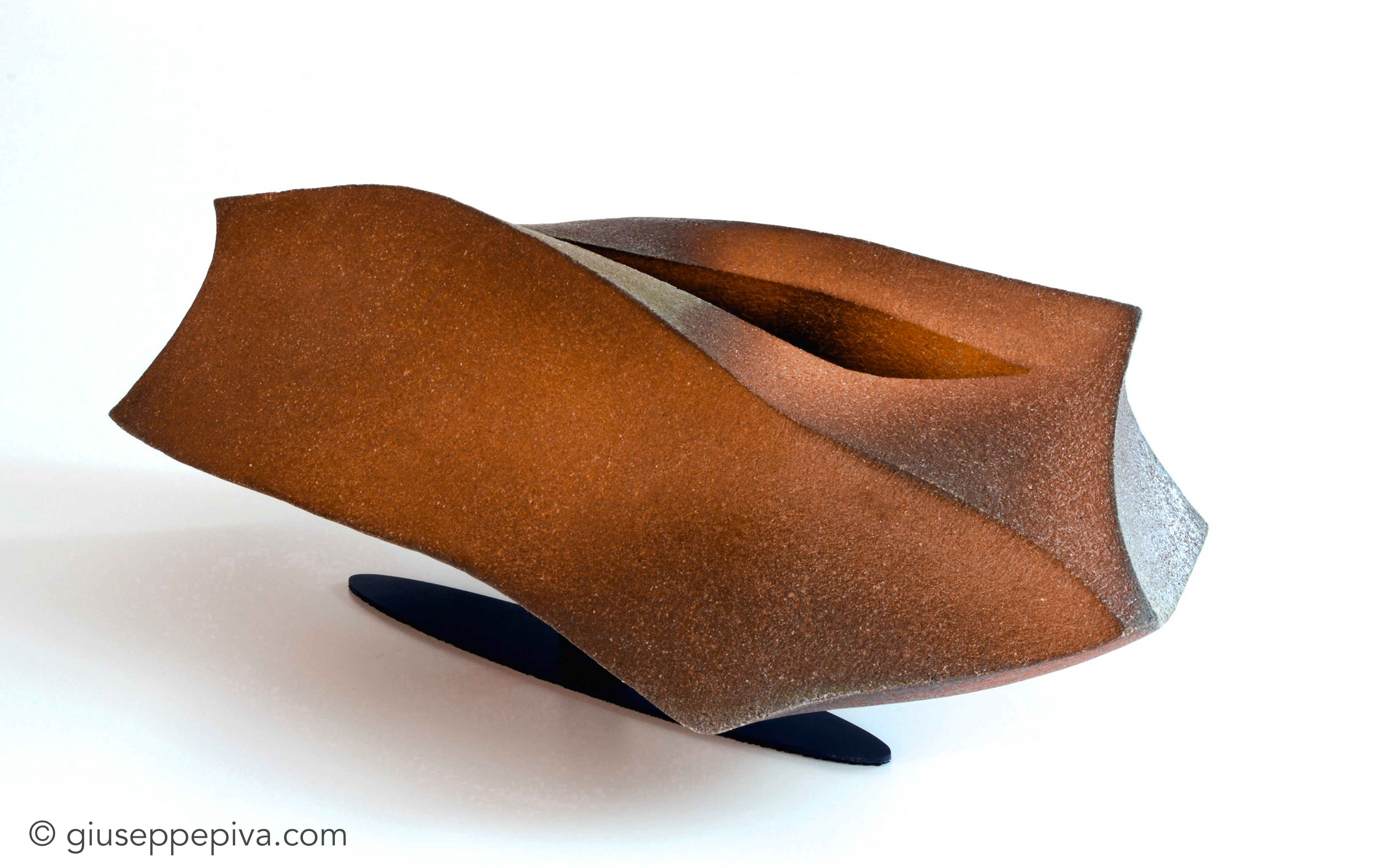 What is immediately striking about the work of Yabe is his keen and natural sense of line. The artist, in fact, takes great care in first drawing an image of the work, and after hand-building the basic form a blend of Bizen mountain and rice-paddy clays, the work is carved with a knife into the form he had envisioned. After carving, the work is first bisque-fired and then its main-firing is executed in a small wood kiln for 3 days at a temperature reaching 1180 degrees. The resulting futuristic forms of Yabe’s stoneware present fresh new possibilities for Japanese Bizen clay in the 21st century.

Shunichi Yabe (1968-) is the grandson of the Living National Treasure of Bizen, Toshu Yamamoto (1906-1994), yet his soaring sculptures are worlds apart from the traditional vessels of his famous grandfather, who was a master at the potter's wheel, and his father, Atsuo Yabe, a veteran Bizen potter. Instead, Yabe exhibits in his work a penchant for the sculptural, as can be seen from his degree in Sculpture at the Nagoya University of Arts. It is his ability to create dynamic objects not fettered by the ghosts of Bizen tradition and freed from functionality, which has made Yabe one of the most exciting artists to come forth from Bizen.

Among public collections of Japanese ceramic, the British Museum has already bought some of his works. 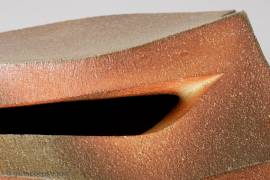 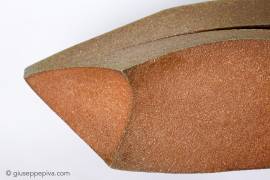 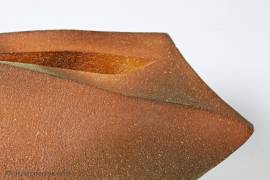