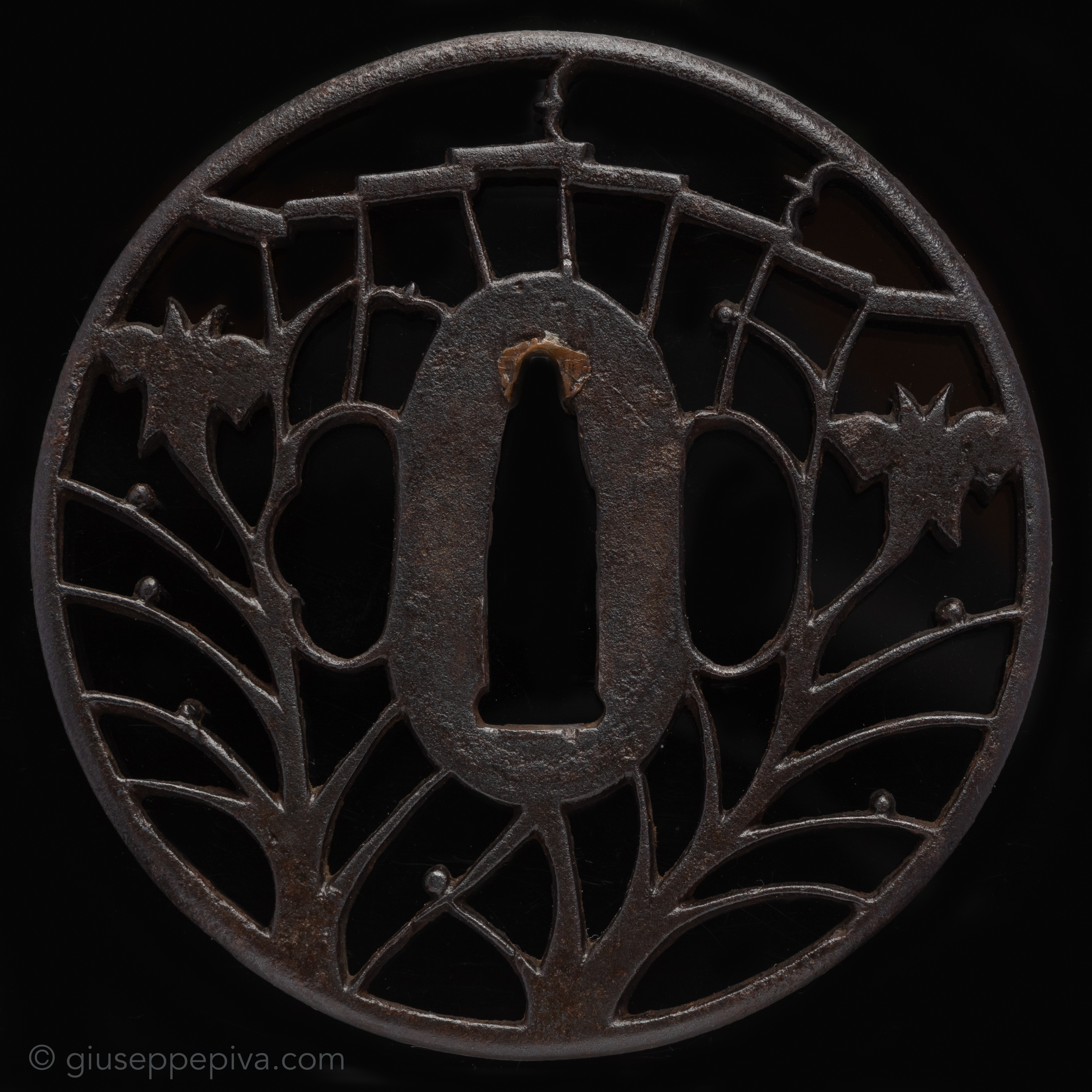 Elegant iron tsuba with positive openwork yatsuhashi design, with the wooden eight-planked bridge on top, two large irises on the sides and geese on top.

Yatsuhashi are wooden bridges that are staggered or set at angles, often seen in Japanese gardens. The theme derives from the 10th century Ise Monogatari tale: exiled from Kyoto after an affair with a high-ranking court lady, the story’s protagonist stops at Yatsuhashi, a place where a stream branches into eight channels, each with its own bridge. The sight of irises prompts him to compose a nostalgic love poem.

The first syllable of each line forms the Japanese word for irises (kakitsubata). The English translation, though unable to convey the complex wordplay of the original, is also an acrostic:

I wear robes with well-worn hems,

Reminding me of my dear wife

I fondly think of always,

The tsuba comes with a Hozon Tōsogu certificate (fitting worth of preservation) issued by Nihon Bijutsu Token Hozon Kyokai. 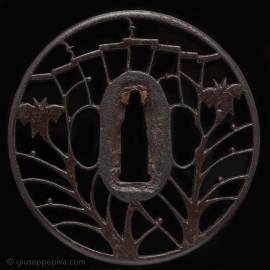 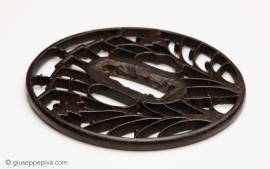 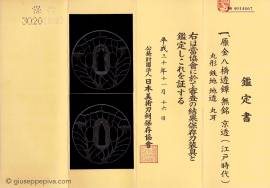