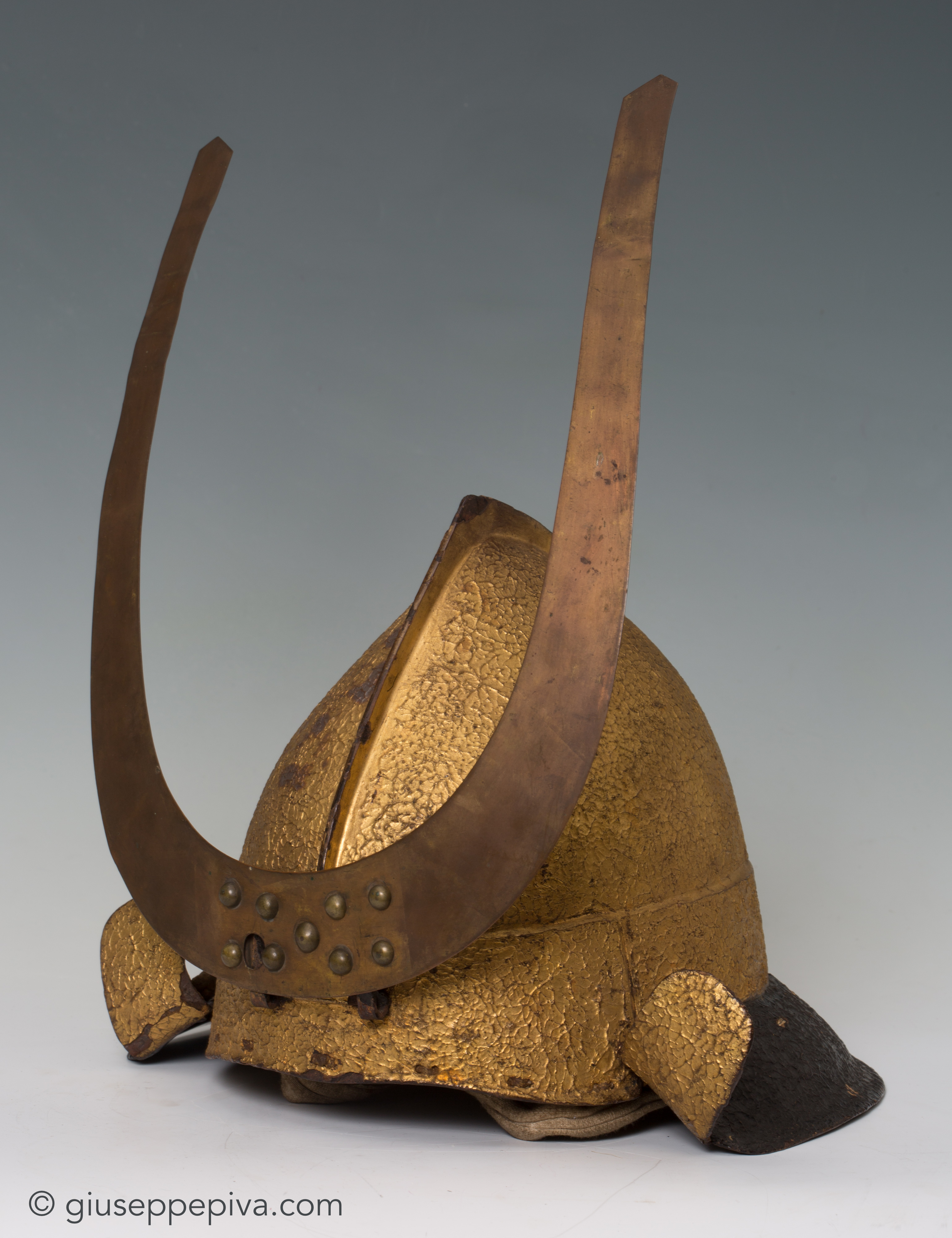 A gold lacquer helmet of momonari shape. The single-plate shikoro is black lacquered and the original maedate is gilt.

The momonari shape (peach-shaped) is inspired by European helmets, specifically designed to deflect the firearms’ bullets.

This kind of helmet is well known: they had been made for the campaign of Korea (1592-98) in Kyushu island. The peculiarities of these helmets were that they did not belong to a single soldier but they were distributed to those who needed. The term “okashi” is used for describing those armors that belonged to the Castle, and were not privately owned; these golden momonari helmets are considered to be the first example of this new kind of equipment.

The Tachibana clan is certainly the most famous army to use this type of helmet and 318 helmets are mentioned in their inventory; as other parts of the armor are not listed, it is possible that the soldiers had their own dō (cuirass). An important role played by these “standardized" helmets was to create a sense of belonging to the army.

Kabuto for sale. Price on application. 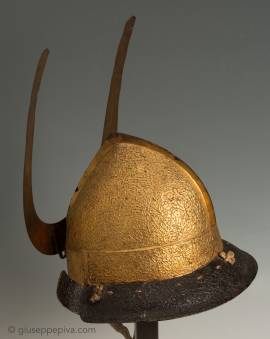 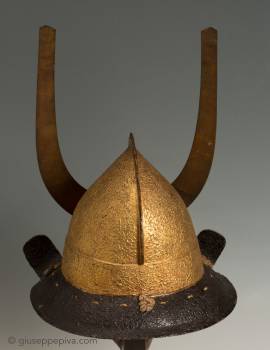 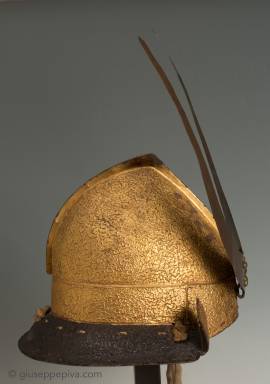 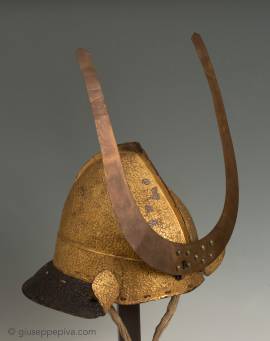 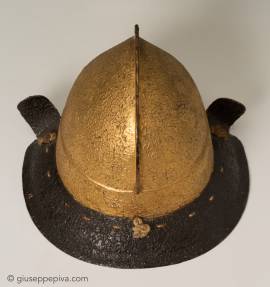 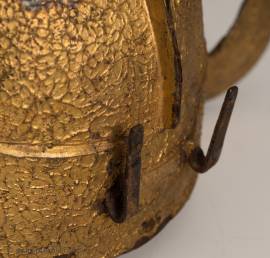 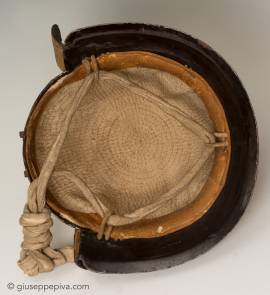 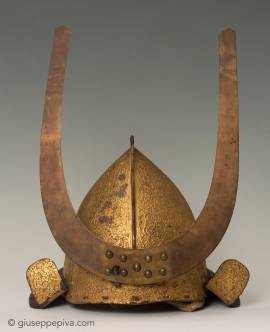 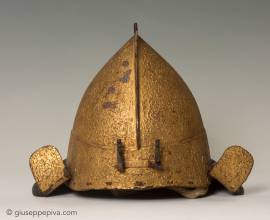