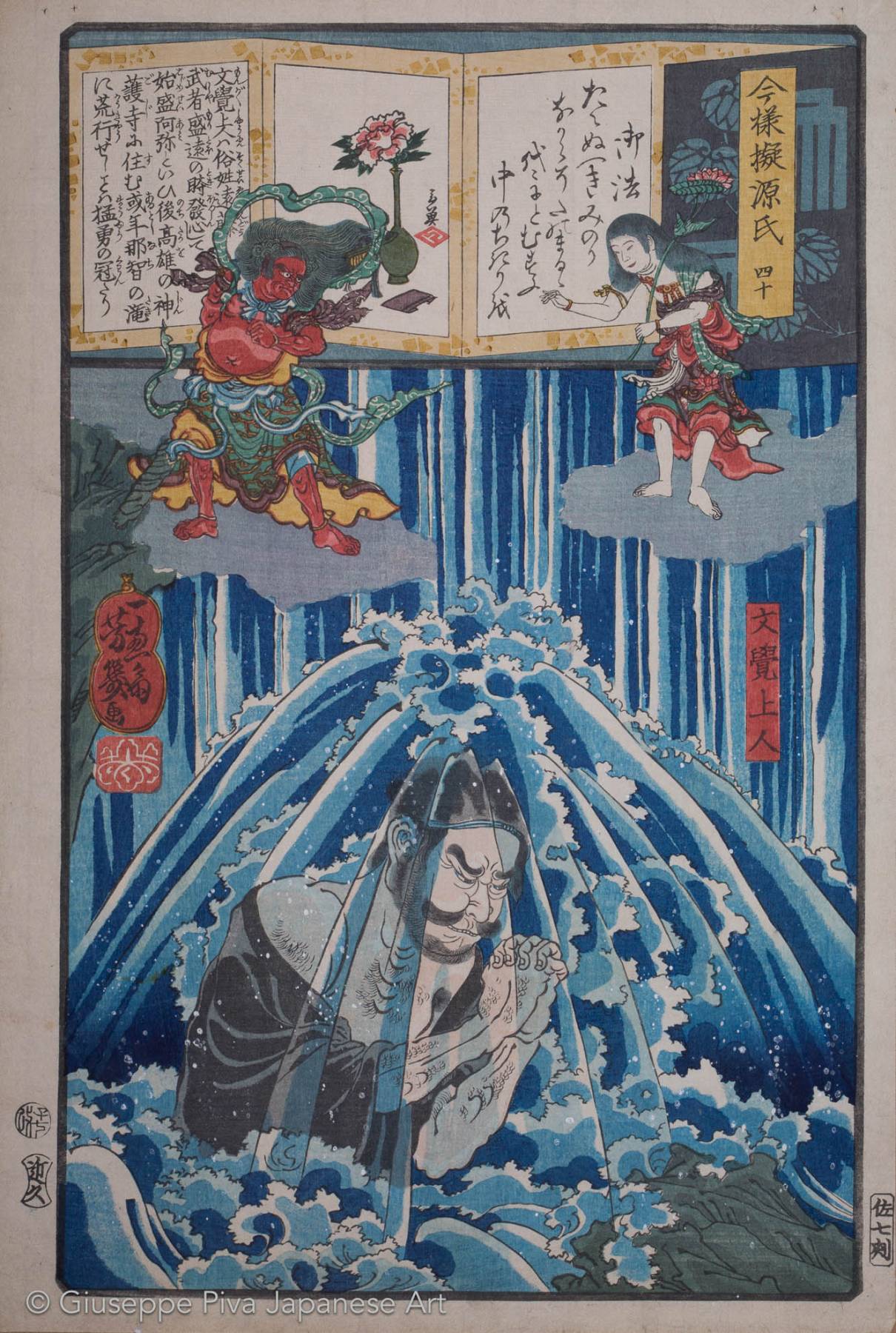 Print with Mongaku under the waterfall

The print depicts the monk Mongaku Shonin in repentance beneath a waterfall. The scene is based on the legend of Endo Morito, the secular name of Mongaku who was originally a samurai a samurai guard of the imperial family in Kyoto. In his late teenage years, he fell in love with Kesa, the beautiful wife of his samurai colleague Watanabe Wataru. She rejected his persistent entreaties until one night she agreed to receive him in her house at night, where she said he would find her husband asleep in a room and could kill him. However, too late, Morito realized that the person he killed was actually the lady herself, who had put herself in her husband’s place to save her honor. Morito repented his evil ways and became a monk using the new name of Mongaku. As a harsh penance, he prayed under the waterfall of Nachi in Kumano (today Mie and Wakayama prefectures) in the freezing winter for twenty-one days, reciting incantations to the deity Fudo Myoo. It is said that at the point of death, Mongaku was rescued by the two attendants of Food Myoo, Kongara, and Seitaka, so that he could complete the full three weeks of austerities. 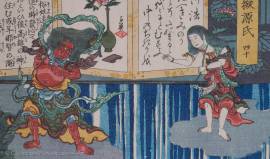 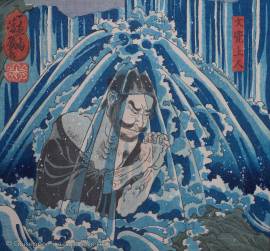