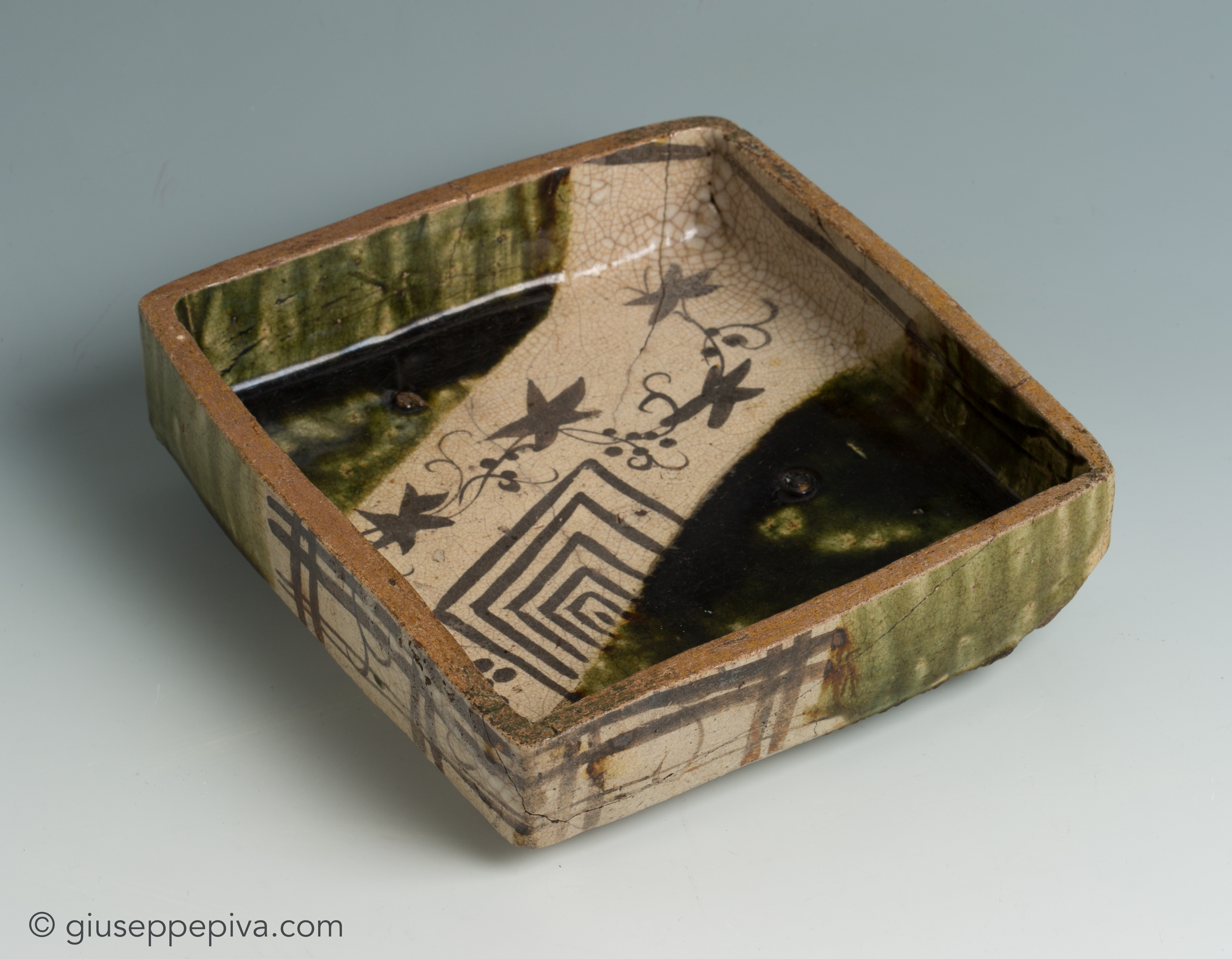 Momoyama to Edo period, Early 17th century
20 by 18 by 5.7 cm
With a tactile surface texture decorated with an asymmetrical design painted between green-glazed areas, this dish is a typical example of Green Oribe (ao-oribe) ware. The glaze fired to a vivid color flows down to the side walls pooling in rich, deep green lakes at the bottom on two opposite corners and the white strip in between is decorated in a brown iron wash with grape branches and leaves, together with a design of concentric squares. The exterior sides of the dish show a stylized drawing of fences.
A square dish is probably the best medium to enjoy Orybe-style decorations as pictorial art. With naturalistic design mixed to a geometric pattern, this plate seems made more for show than for serving food. In fact, dishes of this size and shape were used for serving fish during the traditional kaiseki meal on chanoyu gatherings and a ceramic ware with a painted interior would create a certain sense of drama for tea ceremony participants, intriguing the viewers as the decoration would be gradually revealed as the food was eaten.
Originated in the late 16th century, Mino ceramics are high-fired wares produced in Seto and Mino areas of Gifu Prefecture and are strictly related to tea ceremony. Out of the four Mino styles, the most popular has been named after the tea master and gentleman samurai Furuta Oribe (1544-1615), a preeminent figure of tea ceremony culture. Oribe-ware is easily recognizable by the flamboyant decoration: this style represented a shift in taste at that time and denotes the constant quest by tea practitioners to find new assemblages to intrigue and surprise their guests. Furuta was not directly involved in the production of these ceramics, but the style developed during the time he lived, in his native province of Mino, was certainly influenced by his taste.
Price band: 25,000€ - 50,000€
Oribe tray for sale. Price on application. Please include item stock number: alt-1197 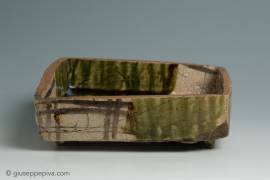 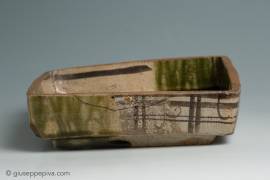 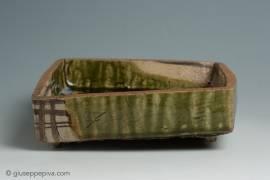 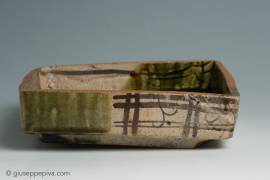 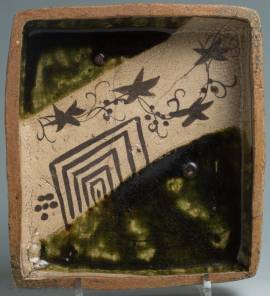 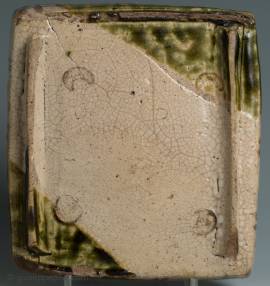