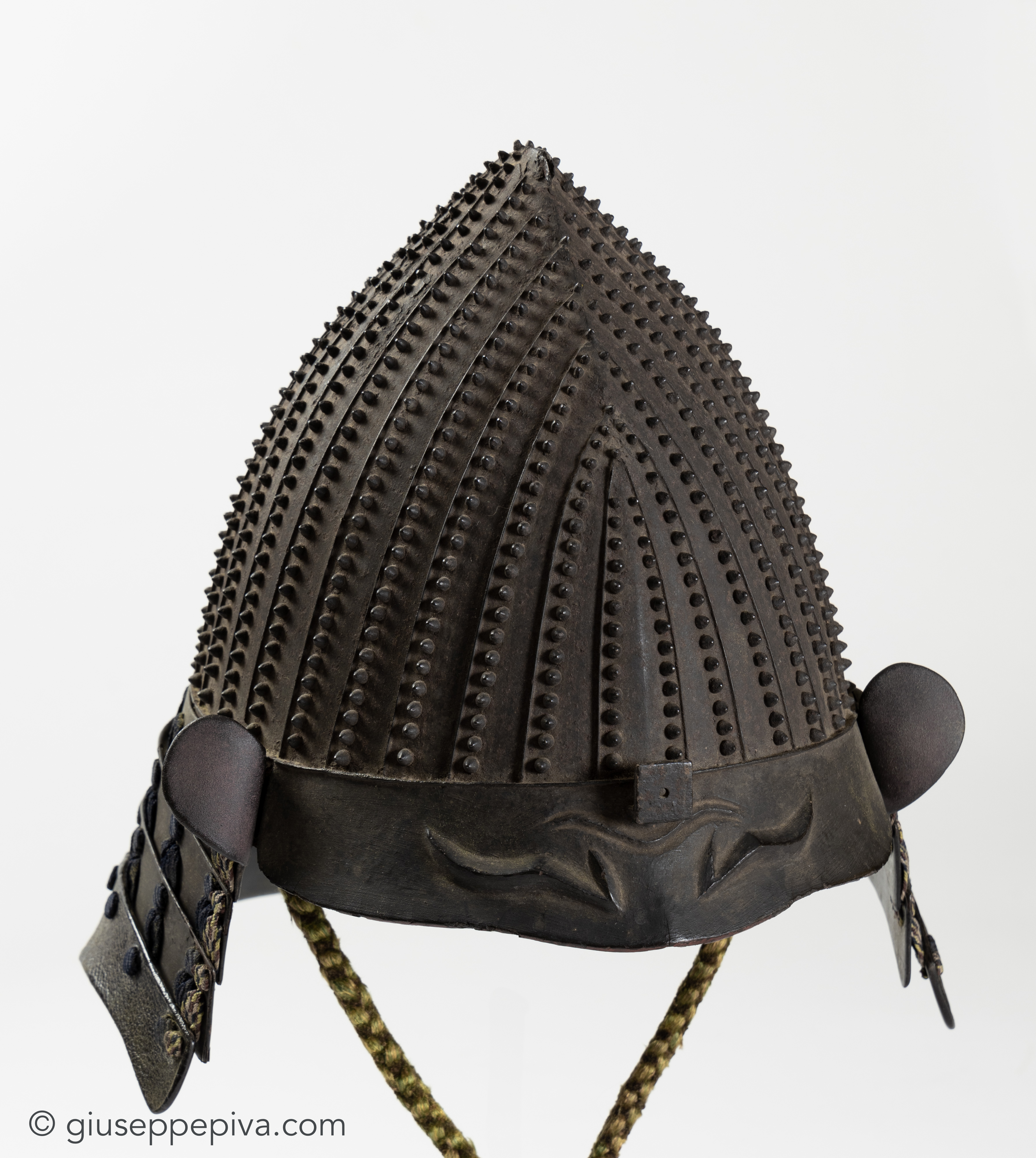 This unique shape helmet is made of 32 plates joined with wide standing rivets placed near the suji of each plate. The back central plate runs inside the helmet to join each pair of plates at the ridge, fixed with an extra rivet for each joint. At the peak, a sort of beak-shaped element has beed inserted, to design the typical cabasset peak that originated the momonari design. As usual, the direction of the peak is toward the front and not toward the back as seen in the European helmets.

Probably due to a combat damage, the kabuto had been restored during the Edo period and shows two iron plaques inside.

The Portuguese traders who arrived at Tanegashima in 1543 used to wear a helmet called cabasset, created as a protection against bullets. Inspired by the European models, also Japanese armorers introduced new shapes and techniques which could work against firearms, the most popular of which is certainly the momonari kabuto, literally “peach-shaped” helmet. Differently from the present one, momonari kabuto from that period were generally made in two or four large plates only and there are very few known with this construction. In fact, even if made with multiple plates, momonari kabuto always show a medial standing flat rim, while the use of an internal reinforcement which leaves an even ridge is extremely rare. 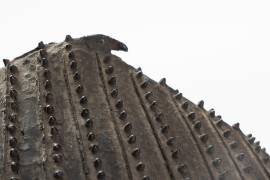 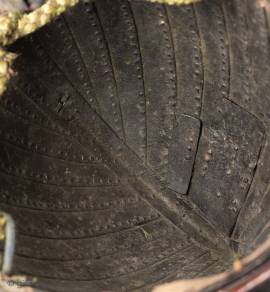 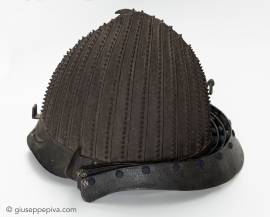 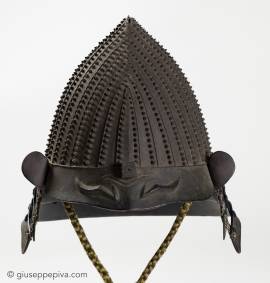 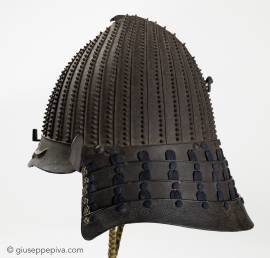 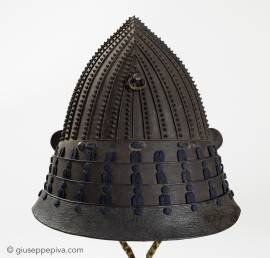 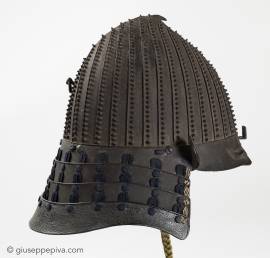