This is Nantenmbō’s finest masterpiece of character design, showing on two separate paintings, one with the advancing line of processing monks and one with the receding one, as described in the above calligraphies. The artist’s humor and affection for monk’s lifestyle can be seen at full in this works, which he painted several times in his eighties and which has been imitated by all the contemporary zen artists.

The hats of the monks resemble the begging bowls used by zen monks, a symbol of their buddhist faith.

Nantembō was born in the city of Karatsu as the son of a samurai. He became a monk of the Rinsai Zen sect at an early age. His Buddhist name was Zenchū. Nantembō was the nickname he received in 1873 because of the nandina staff (Bō) he acquired to admonish his students. He became a controversial figure in Japanese Zen circles, devoting his energy to reforming Zen in Japan. He had to give up his prestigious post at the Zuigan-ji in Matsushima because of this. Later he was appointed at Kaisei-ji in Nishinomiya, where he stayed until his death in 1925. 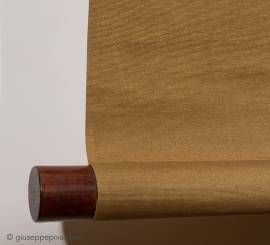 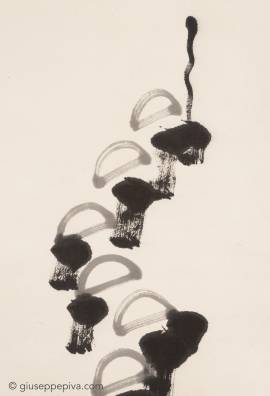 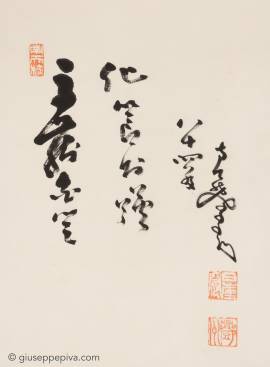 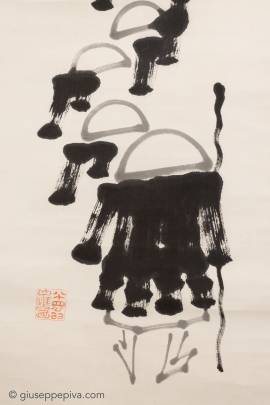 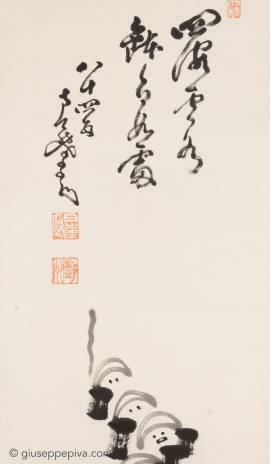 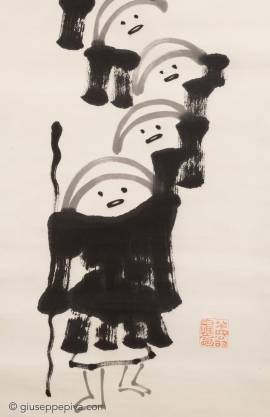