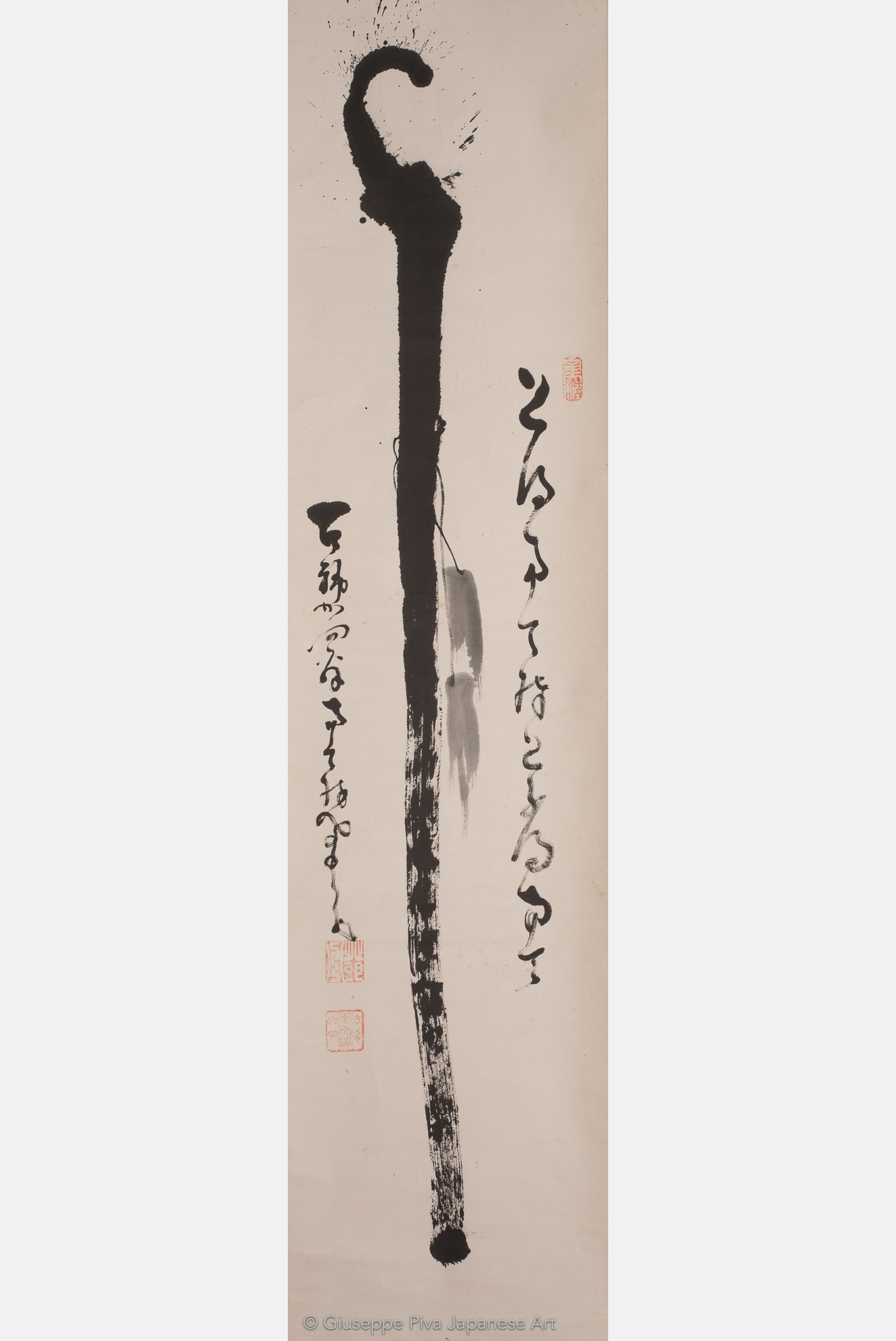 “If you answer, Nantenbo, if you do not answer Nantenbo "

The artist monk Nantenbo was a Japanese zen master. His artist’s name Nantenbo is a combination of the name of the shrub and the word for staff :

Nantenbo made himself a staff from a a branch of nandina and used it to prod his students toward making progress. His nickname thus embodied his sternness, his unbending behavior. In the center of the painting is the Zen staff. The script relates to the saying of Chinese master Te-Shan (782-865) “if you speak- thirty strokes; if you do not speak- thirty strokes”. Nantenbo adapted the sentence slightly.

The las character, meaning staff has been replaced by a painting. This is a play on the words for the Zen staff and Nantenbo. The speech and silence of student suggest the koan riddles that the theater sets his pupils. There is no relation answer to it, but it can be given in a gesture, a sound a speech. Whichever way is chosen, the response will elicit blows from the teacher’s cane, intended to release the student from their mental confinement. 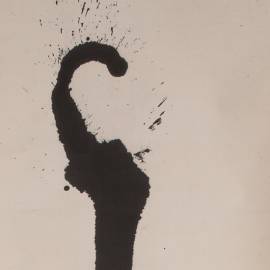 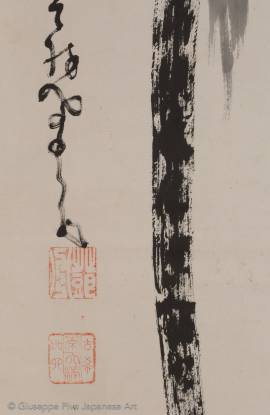 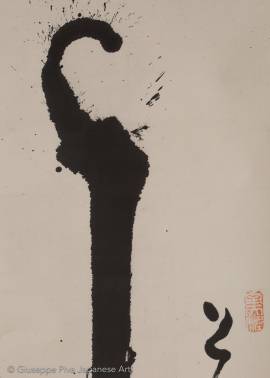 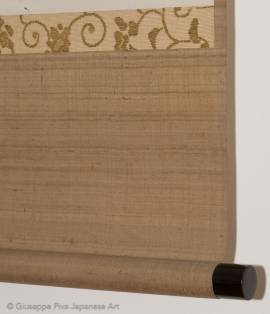