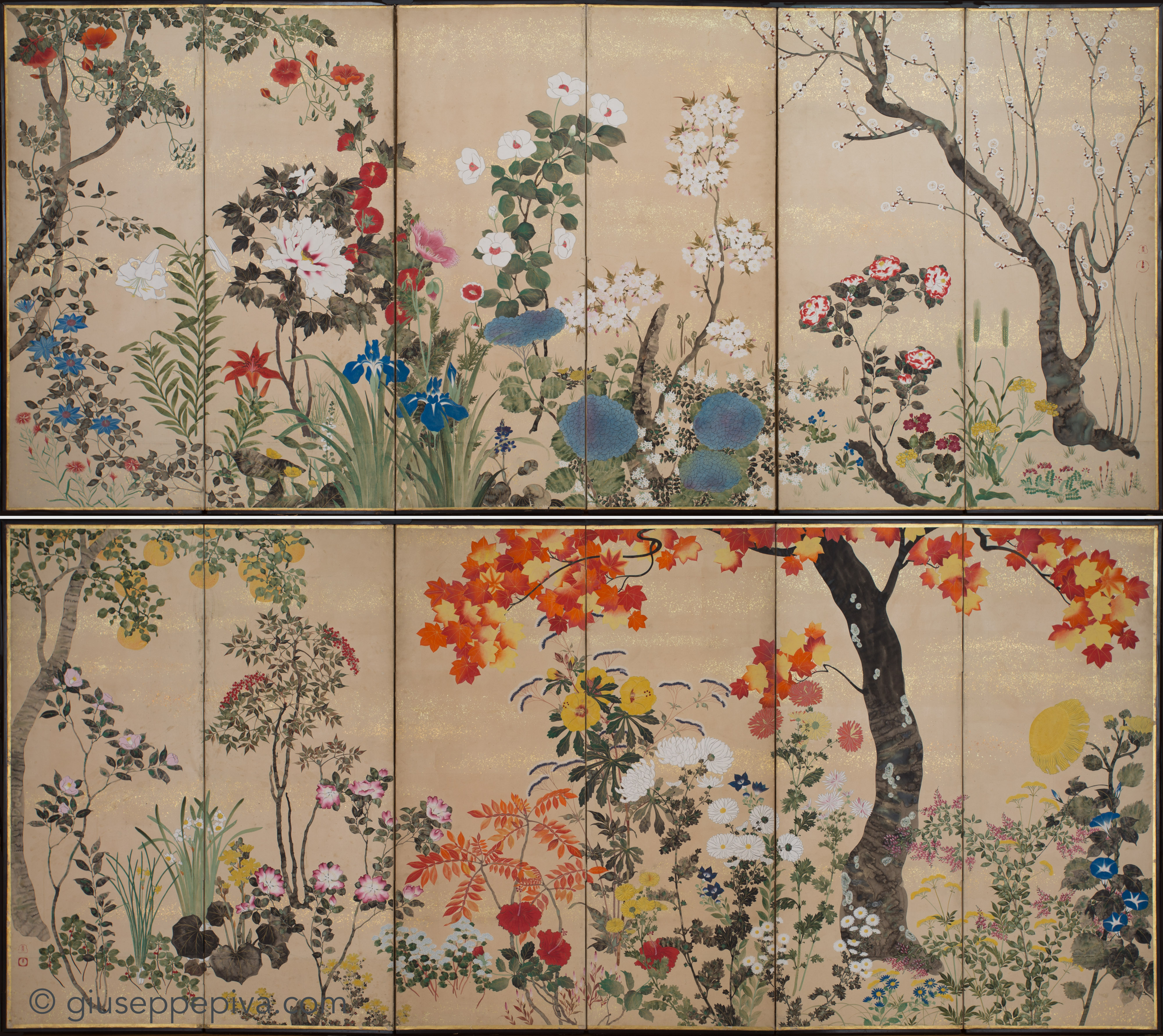 This pair of screens belongs to a genre of lyrical paintings of flowers, grasses, and other plants that flourished around the middle of the seventeenth century and became a specialty of the Sôtatsu studio. The use of a rather complex composition of clusters of flowers and the puddling of ink was initiated by Tawaraya Sôtatsu, the founder of the Rimpa school, who was active from 1600 until 1642. The screens are abstract and decorative but there is, at the same time, a keen sense of naturalism not only in the attention to accurate detail but in the profusion of vegetation. The passage of the year is symbolized by the variety of plants that bloom in different seasons. The tarashikomi - here used on leaves, petals and trunks - is a classic Rinpa technique in which pale black ink or a color is brushed onto an area of a painting and then either darker ink, or the same or a contrasting color, is dropped into the first before it has completely dried, creating an effect of pooled colors with softly blurred edges. Its delicacy, preciousness, and effeminacy are identified with the over-refinement of its patrons, while the vigor, monochromatic discipline, sharp observation, and virile forms of the Kano school are a testament to the vitality of the rising warrior class. The plants are almost all identifiable: in the summer-spring part, you can find wheat, buttercups, irises, begonias, hydrangeas, coral bells, lilies, hawthorn, violets, dandelion, cherry, almond, poppies. While in the winter part there are maple tree grapefruit tree, daisies, Bellflower, hollyhock, wild pink, thistle, chrysanthemum. 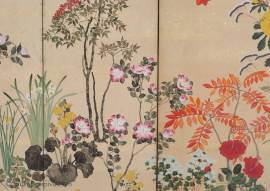 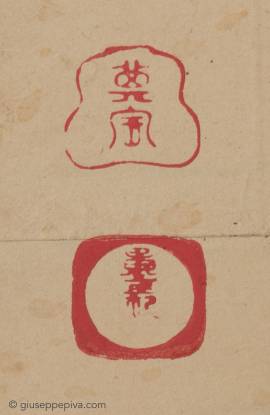 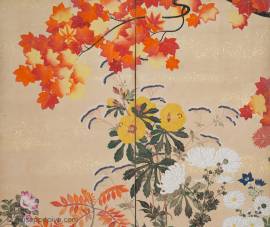 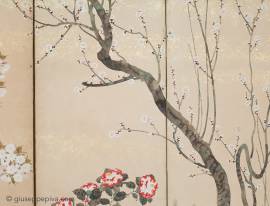 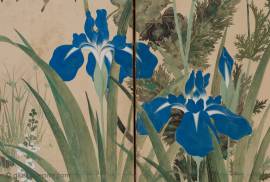 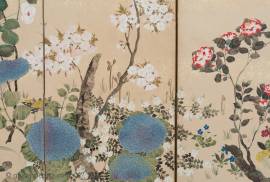 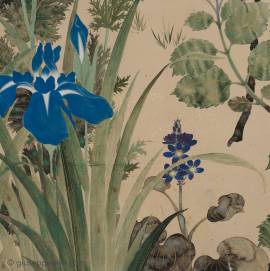 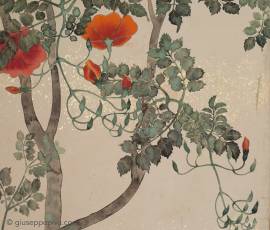 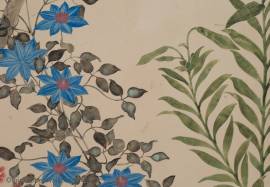 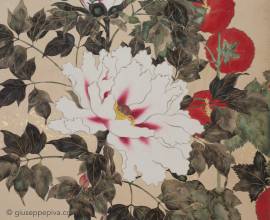 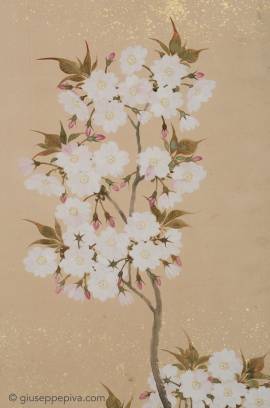 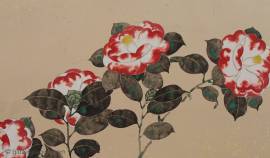 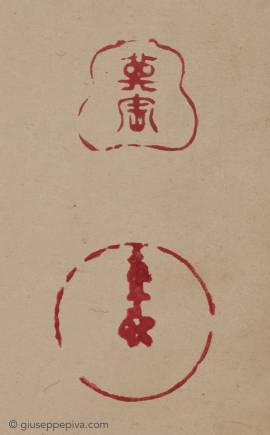