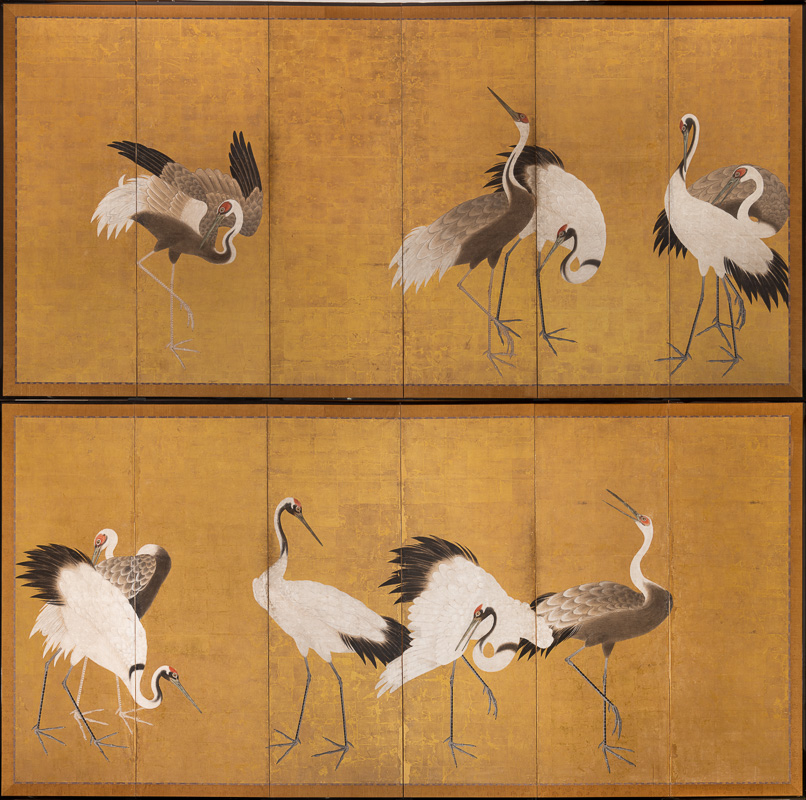 On a homogeneous gold background, ten cranes, five for each of the two screens, are elegantly grouped. The depicted birds are of two species: the "Japanese crane," which has white plumage and a red tip of the head, and the "white-necked crane," which has silvery plumage and red-rimmed eyes.

This sort of screen is most known for the ones created by Maruyama Ōkyo (1733-1795), but his mentor, Ishida Yūtei (1721-1786), an exponent of the Kan school, painted at least three pairs of screens with comparable subject matter. The subject matter is portrayed with tremendous naturalism while also having a degree of stylisation, which is emphasised by the lack of a natural environment and the use of the profile cut.

Maruyama Ōkyo worked in Kyoto after receiving training on both Oriental and European prototypes, and together with Matsumura Goshun (1752-1811) founded his own school based on the fusion of these two currents: on the one hand, a taste for abstraction and simple lines, and on the other, a search for faithful reproduction of nature. 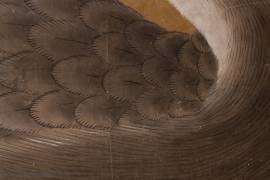 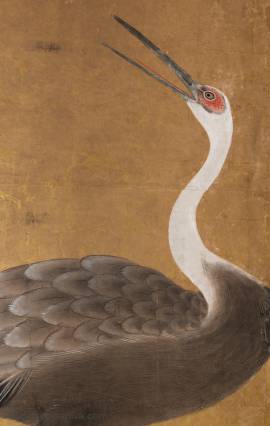 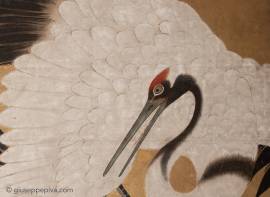