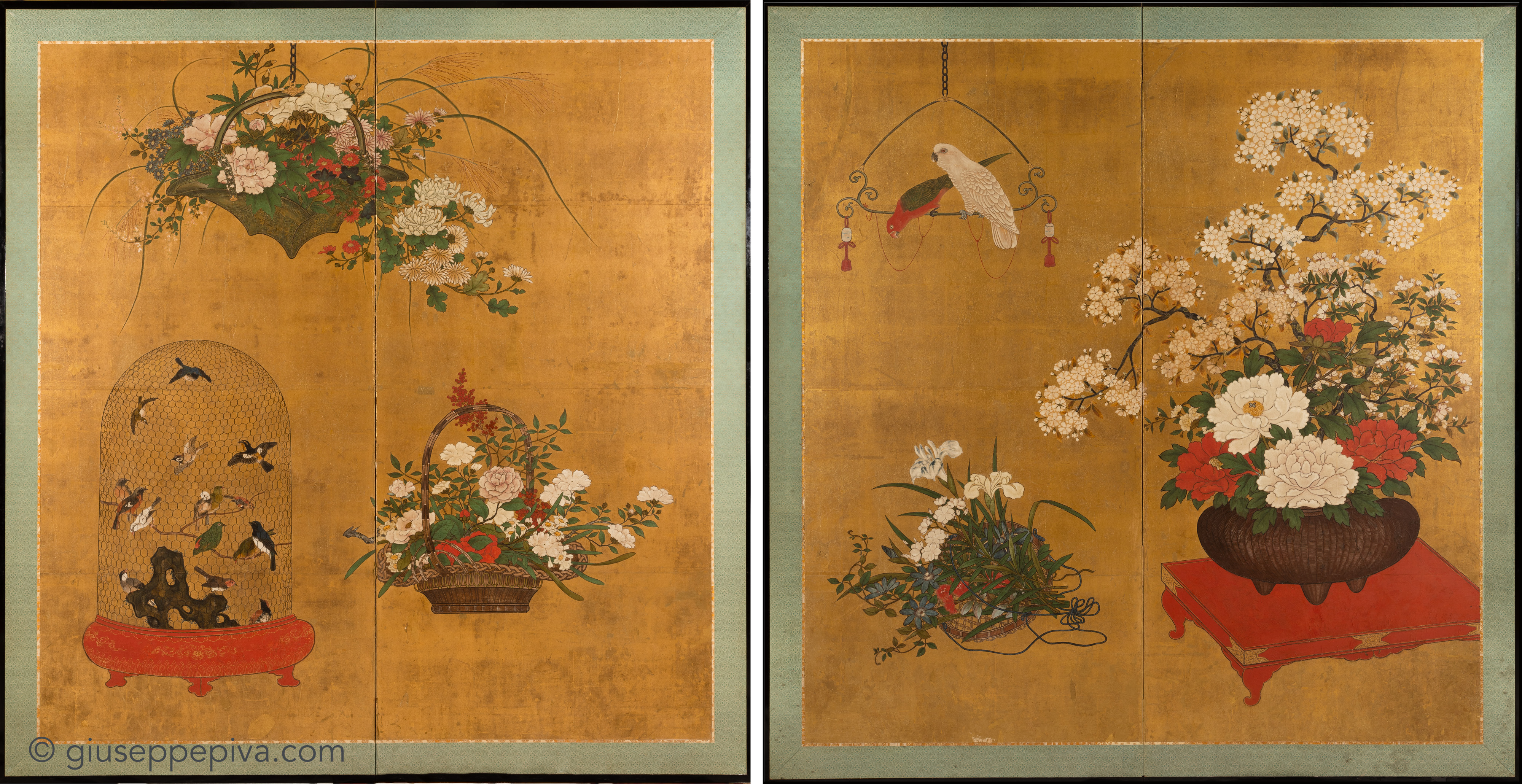 A pair of two-panel screens with Karamono and birds

The term karamono is used to define ceramic, carvel lacquerware, furniture, bronzes and other decorative items imported from China. They became highly prized as imported curios, used in Japan as kazari - display items - and even the shōgun would install karamono in his chamber (zashiki) and invite members of the court and clergy to view them. Often karamono have been copied by Japanese craftsmen, so shapes from Chinese bronzes and porcelain have been used in Japan for centuries. Flower baskets for ikebana were also imported from China. These karamono baskets had formal, symmetrical structures with tightly plaited weaves. Unlike those used during the tea ceremony, that maintain a natural and austere wabi-sabi construction, karamono bamboo baskets, like those represented on this pair of screens, were modelled on Chinese bronzes and show classical forms. Chinese bronzes themselves, as seen here, would also be used to display flower compositions. Even exotic birds would serve as kazari. While bird-keeping was already popular since the early Edo period for the enjoyment of their songs, the habit of breeding birds for aesthetic purposes was quite unusual. Some entertainment stalls kept parrots and other rare specimens in exquisite cages for their customers’ enjoyment. The composition of this pair of screens seems inspired by the same amusement: kept on an elaborate perch or in an elegant cage fitted with a scholar’s stone, these birds are intended to intrigue and fascinate the viewer. Also, natural history studies became fashionable in Japan during the 18th century, due to the import of European books and prints. These imported images inspired paintings of rare birds which, regardless of whether they had any significance or meaning, were highly appreciated by collectors. Painting with this style were introduced by the nanga samurai painter and Confucian scholar Yanagisawa Kien (1703 - 1758), who began his training with artists of the Kanō school, but became a disciple of Watanabe Shūseki and then of the nanga painter Gion Nankai. 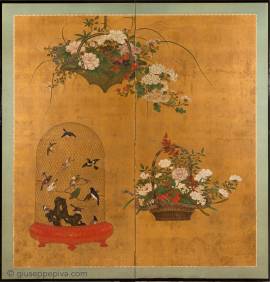 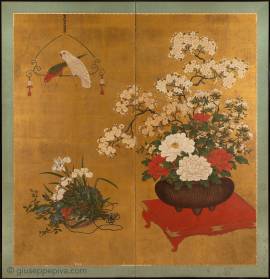 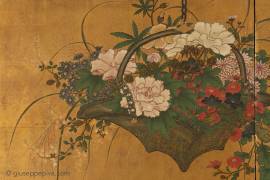 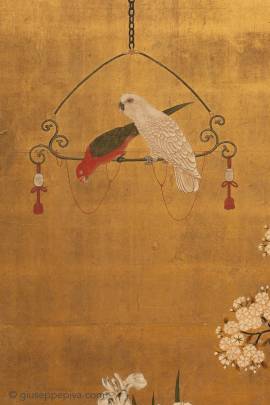 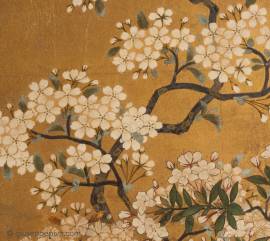 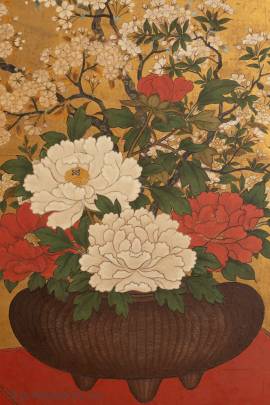 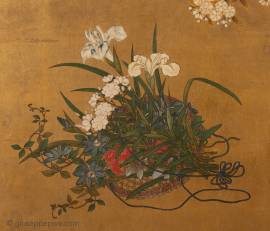