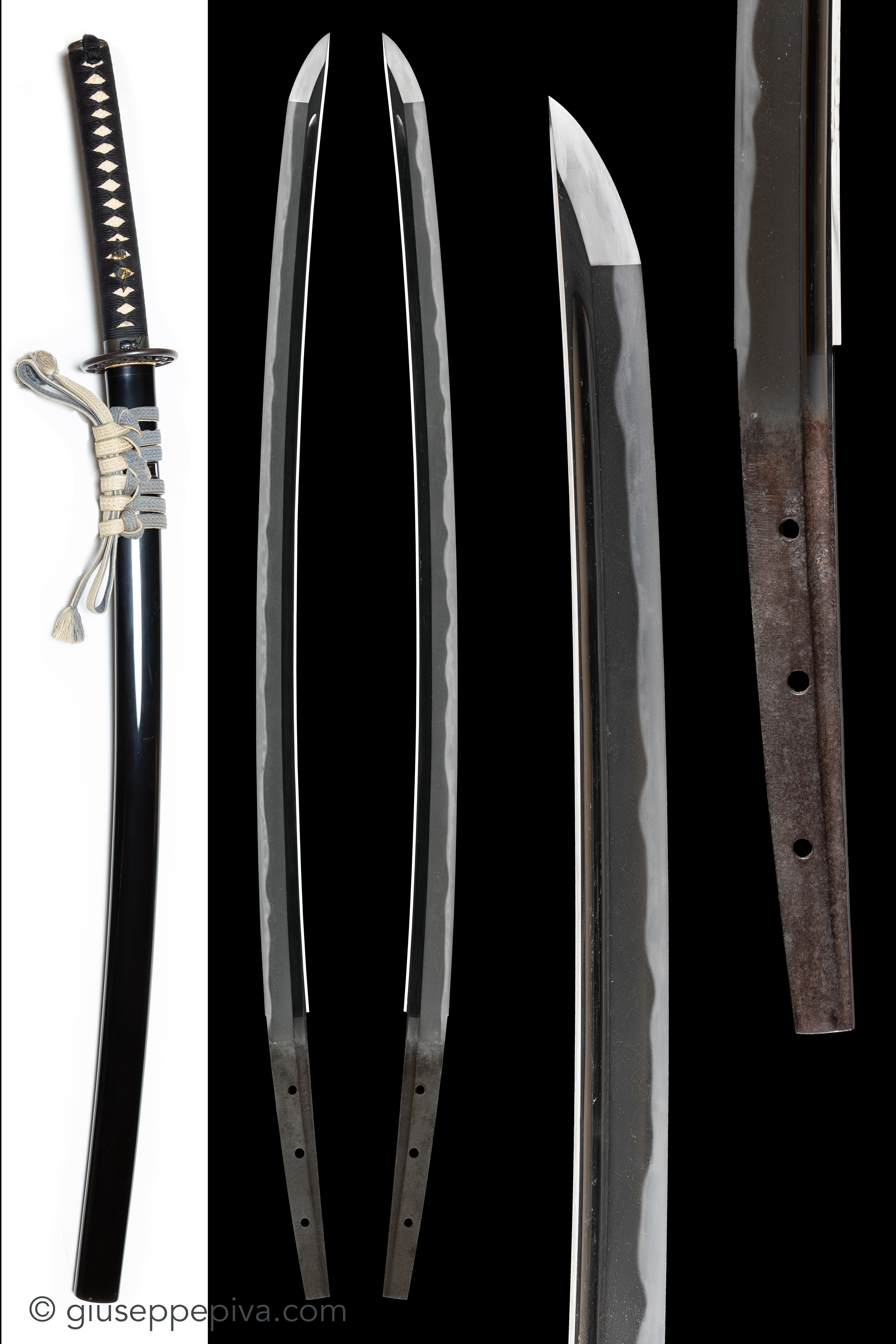 Horimono [carving]
Bo-hi on both sides

Samonji, whose real name was Saemon Saburo Yasuyoshi, is considered one of the top swordsmiths of all times; he is also known with the nickname of “Ō-Sa”, meaning “The Great Sa”, since he used the kanji “Sa” (左) to sign his swords. Samonji worked in Chikuzen, in the Kyushu island, but he broke up with the local tradition around 1340-50 and switched to the Sōshū style, founded in Kamakura by Shintogo Kunimitsu and perfected by Masamune, Yukimitsu and Norishige. That means he used more nie-based hataraki like kinsuji and sunagashi, with the hamon that became notare mixed with gunome.

Samonji was also an active teacher, with several students. His seven notable pupils were Yukihiro, Yasuyoshi, Hiroyoshi, Yoshihiro, Kunihiro, Sadayuki and Yoshisada, the sword-smith who this blade is attributed to. Sa Yoshisada is ranked Jo-jo saku by Fujishiro. He followed his master’s style, with the use of a beautiful itame hada with some area of larger mokume or hadatachi, as on this blade. His hamon, a mix of notare and gunome, often starts in a yakikomi style, very close to the machi: this narrow part of the hamon is  still clearly visible on this blade, even if the original length has been altered.

The sugata of this katana, with the predominance of an imposing kissaki, is quite typical of the Nanbokuchō period, which saw bitter internal struggles and was marked by a climate of virile ostentation both in the context of the opposition of the northern and southern courts, and in anticipation of a feared third Mongol invasion. In that period, blades have been the longest of all time, with a pronounced kissaki, so that they could be repaired in case they were damaged during battle. The bo-hi carvings on both sides show the typical Nanbokuchō pointed end at the height of the yokote, which would allow the reconstruction of the point without affecting the carving.