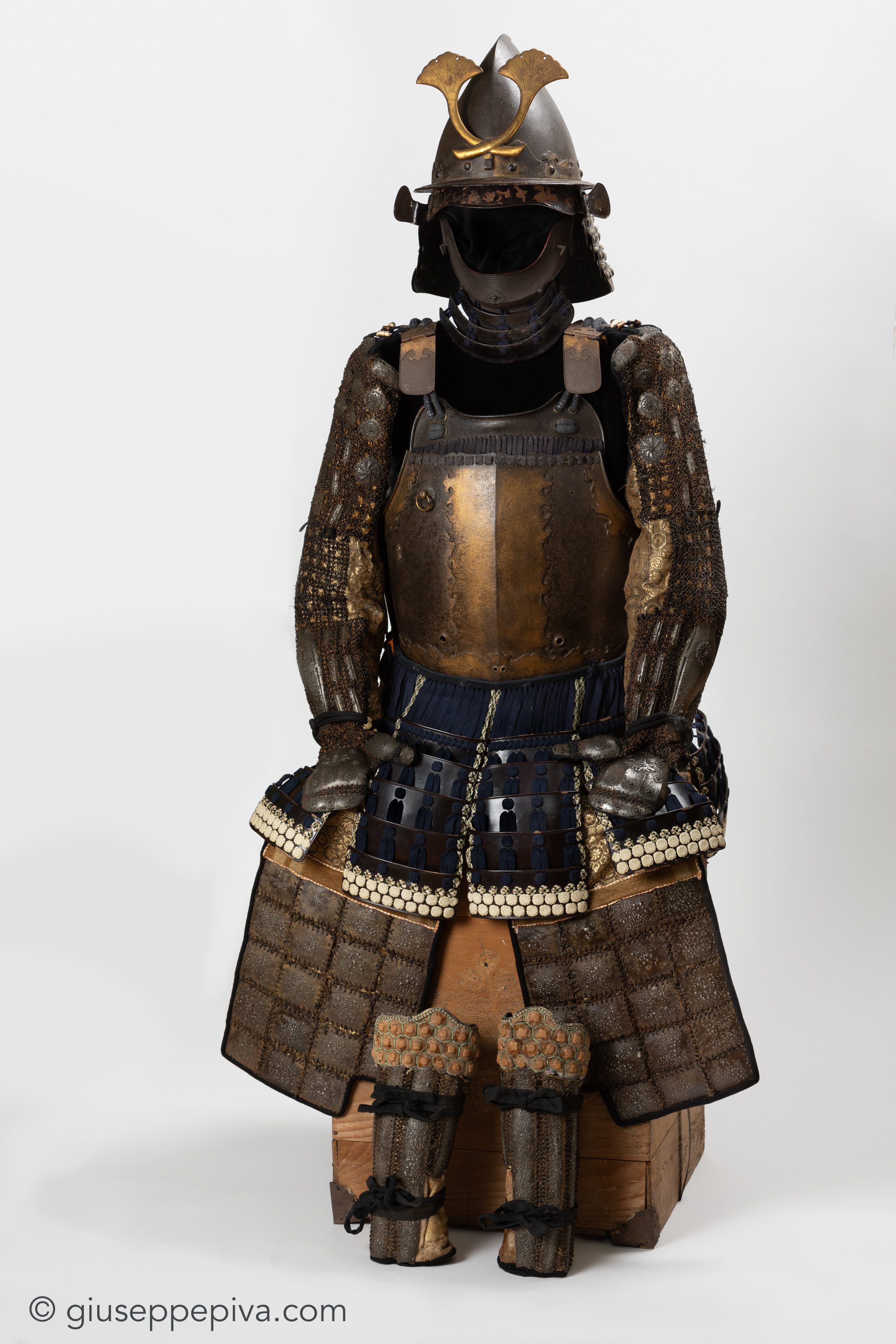 European armor was brought into Japan through trade with Spain and Portugal in the 16th century. With the introduction of firearms, the Japanese would, in fact, imitate those suits of armor, designed to deflect bullets, and began producing them in Japan, which were collectively called nanban (“Southern barbarian”) indicating a foreign origin.

This rare composite samurai armor incorporates interesting elements made in this style as well as an original European helmet bowl mounted in Japanese style. The kabuto is made, in fact, from an actual cabasset helmet, a model similar to the morion, used in Spain and other European countries since the 16th century, to which a Japanese visor and neck protection (shikoro) have been added during the Edo period. As common for this style, a hoate face protection is associated with the kabuto.

The iron cuirass (dō) has the same form as that of a European cuirass: it has shinogi, a peak in the middle that would be efficient against matchlocks’ bullets for the samurai during battle. Also, the applied cut-iron decoration (kirigane) are modelled in nanban-style. The kusazuri (groin protections) has been probably relacquered or changed during the Edo period, when this suit of armor had been restored. 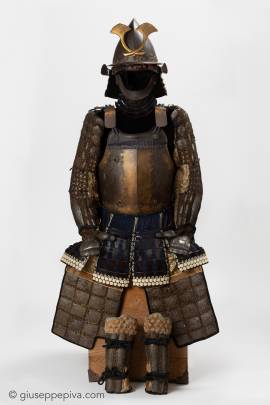 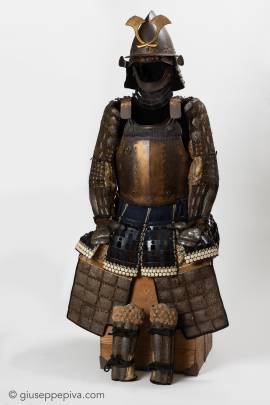 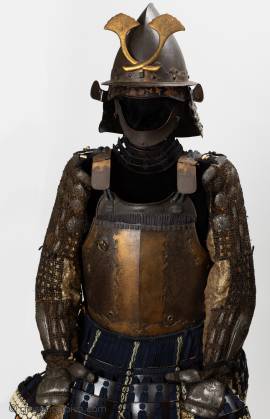 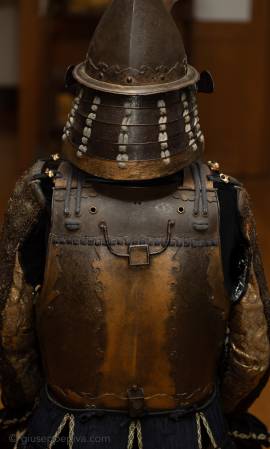 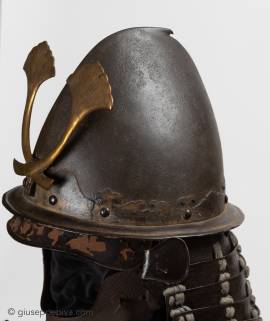 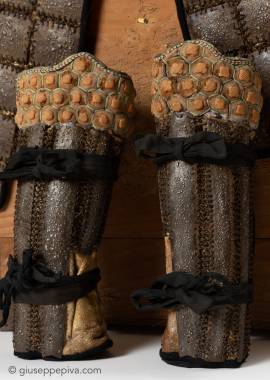 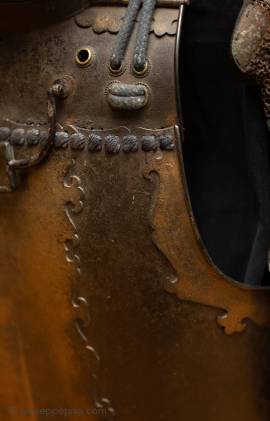 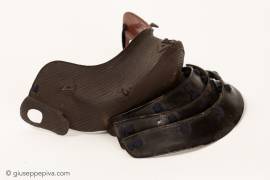 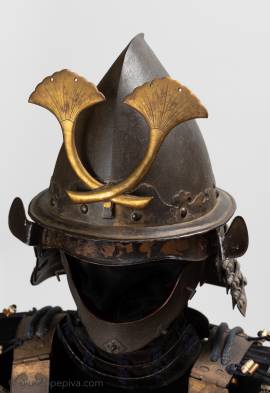 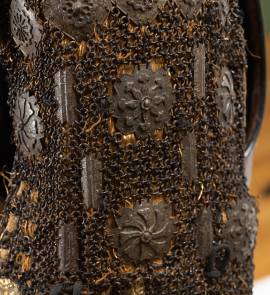 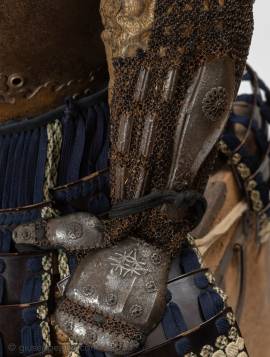 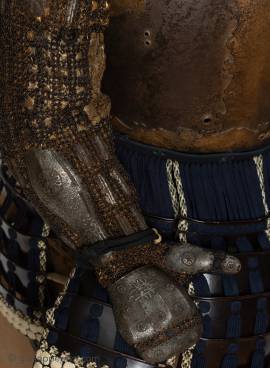