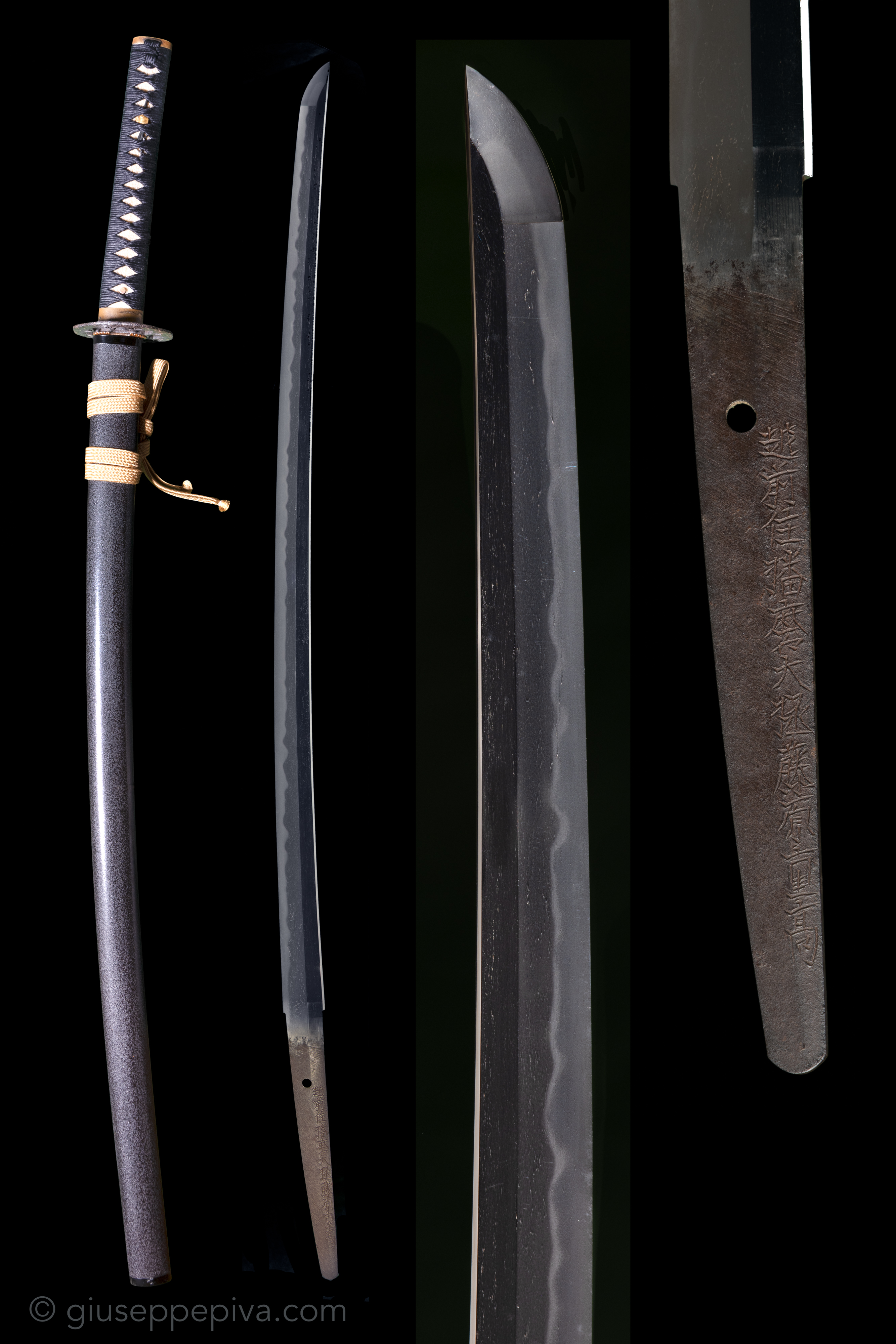 Koshirae [mounts]: The sword is accompanied by a good antique koshirae with high level fittings.

At the dawn of the Shinto Age in Echizen province (now Fukui prefecture), native sword smiths from Seki moved to Echizen and were very active during the mid 17th century.  Their work reflects the Shinto tokuden tradition of the time mixed with the Mino style they were bringing.

In fact, the first generation Shigetaka, with the official title of Harima Daijo granted by the Imperial Court, had come from Iida (Shinshu) to Seki to become a disciple of Kanenori.  Together with his master he then moved to Ichijōdani (Echizen) to work for Asakura clan.

This katana was made by 2nd generation Shigetaka, who studied under his father and under Kanetane; his style is similar but his signature is slender than the 1st generation. Both these smiths are rated as Chu-Jo saku by Fujishjiro and have a rating of 3.5Mil¥ on the Toko Taikan. The school continued up to the shinshinto period but the title Harima Daijo was not used after the third generation. 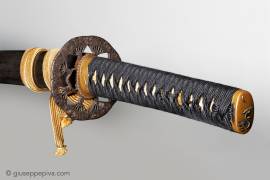 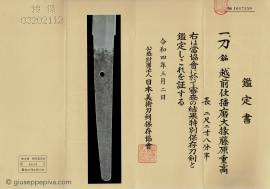