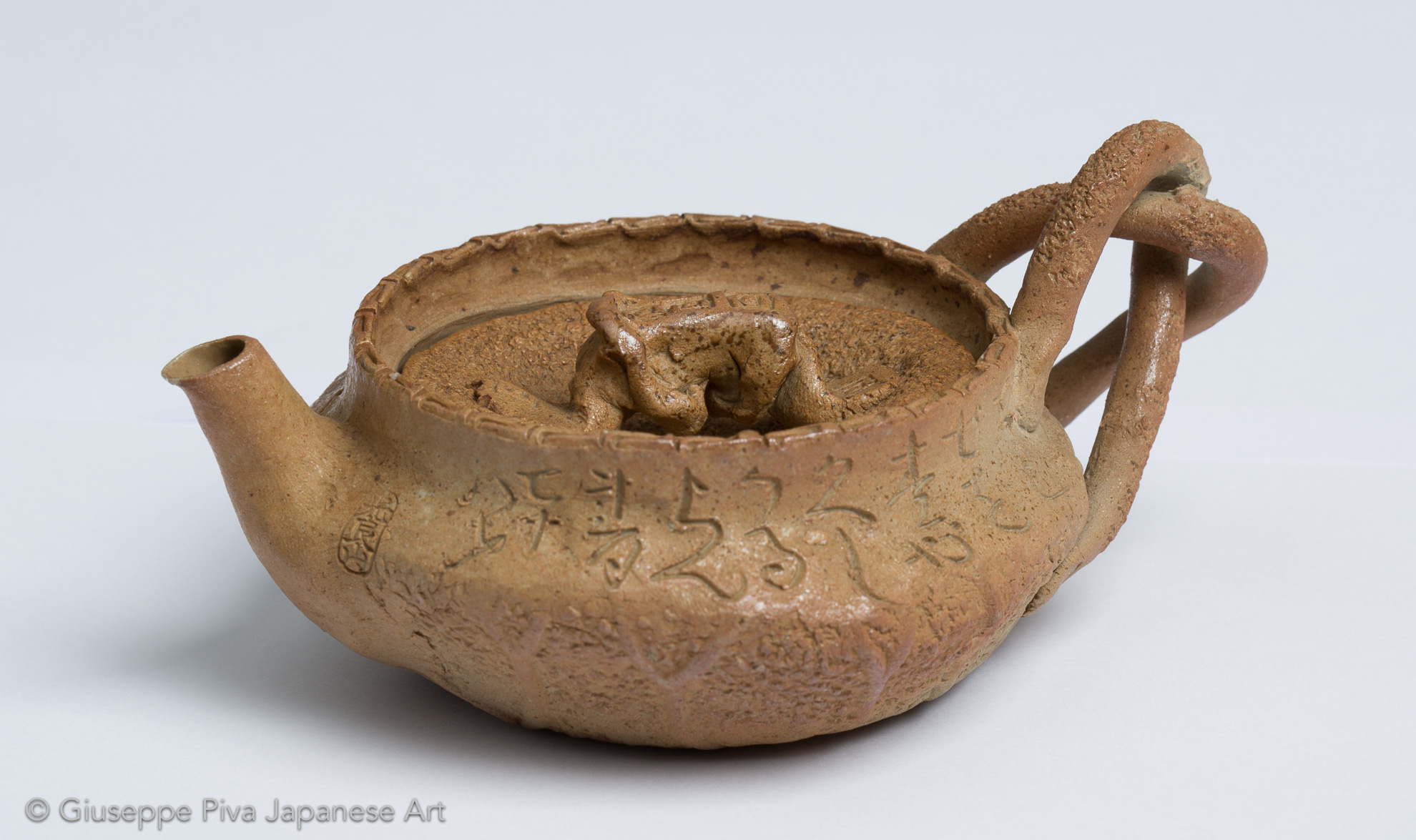 
The poem is incised by Otagaki Rengetsu (1791- 1875) while the teapot is by Kuroda Koryo (1823-1895) whose seal is impressed on the body of the pot, right to the spout.
Made for steeped tea (sencha), the twin handles share the theme of two sprouts with the poem. The textured lid, patterned lid handle and intricately carved rim show Koryou’s unique sensibilities.

In the future
happiness
and long life
two sprouting leaves
to grow a thousand years. 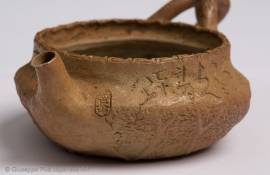 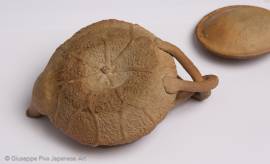 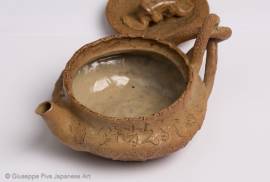 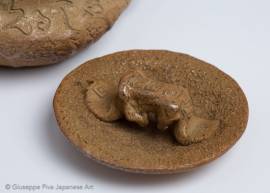 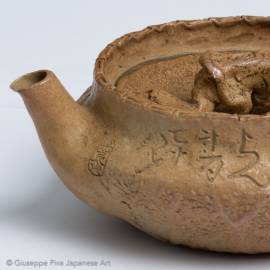