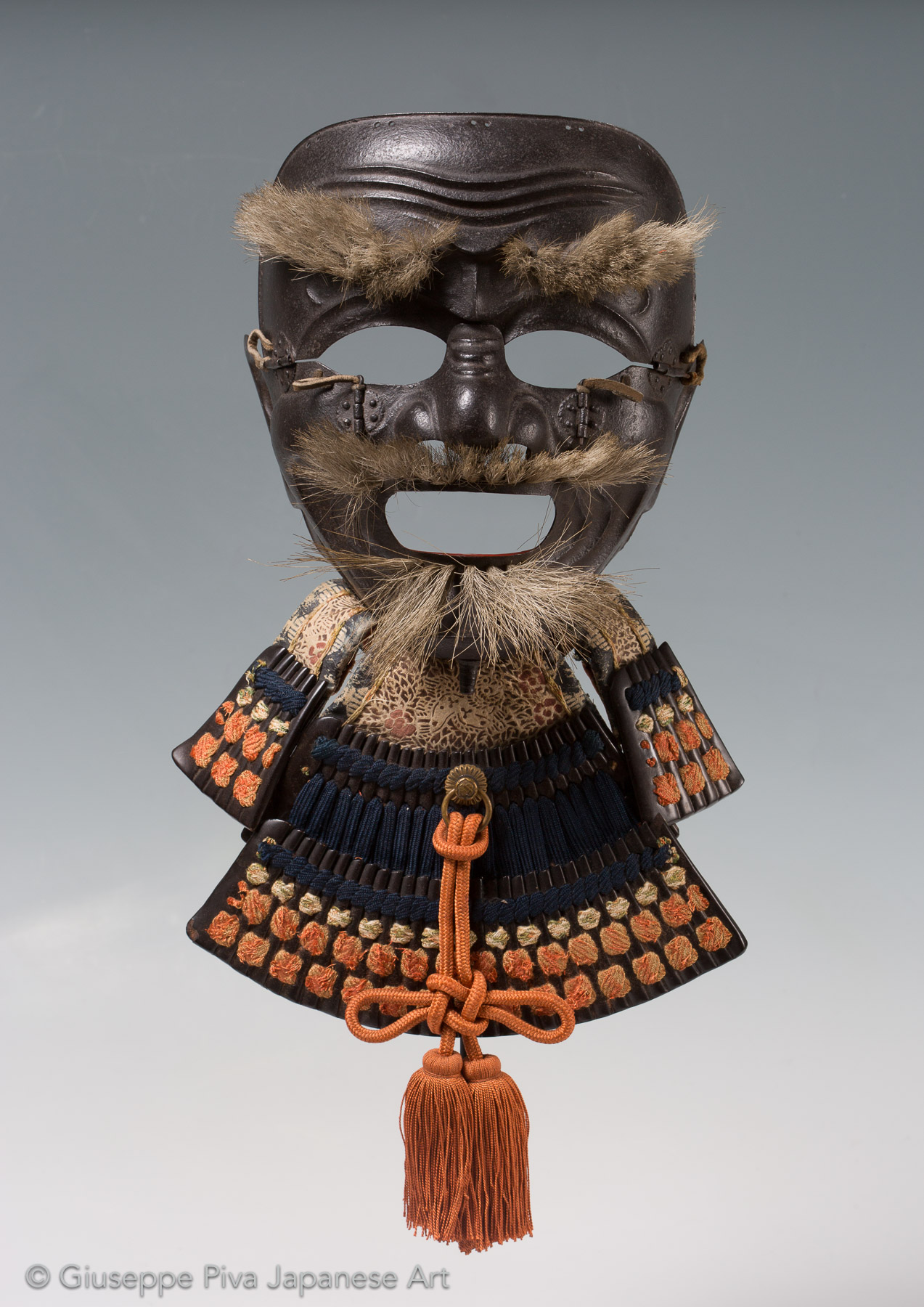 Armor for the face - mengu - developed towards the end of the Muromachi Period (1336- 1573) with the double role of protection and a fastening point for the kabuto ropes through hooks or rings. However, masks that completely cover the face were never common, as not very practical, and their spread was restricted to high-ranking samurai who could wear them for official occasions as an indication of their social status. For this reason original sōmen are very rare and almost invariably of excellent quality. A modular construction - generally in three parts as in this case - allowed to fasten the kabuto properly, adding the upper part only when necessary.
The expression of this mask derives from the Noh theatre character of Okina (old man), considered particularly sacred as an omen for longevity and prosperity. It shows features of a gentle old man, with three long wrinkles on the forehead (miage-shiwa) and thick white hair eyebrows. A bat-shaped embossing under the eyebrows emphasizes the eyelids and creates a sunken-eye effect which underlines the age of the represented face. The facial expression is overall very rich and powerful. The quality of this mask is extremely high: the plate is heavy and thick and the craftsmanship is superb, with crisp and precise embossing work.
The mask is inscribed under the chin “Hiroshima (no) jū Ryōei saku”, but the style suggests an attribution to a smith from the Myōchin family, that produced the best sōmen of the Edo period, often characterized by thick eyebrows and a powerful expression, with wrinkles that defined the force of the warrior who wore it.
Sku: men-1209 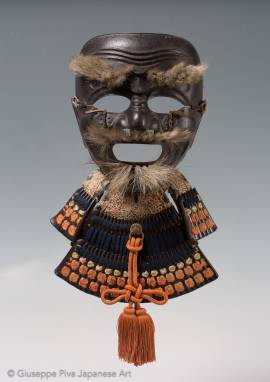 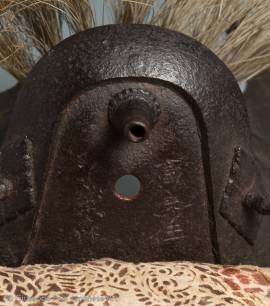 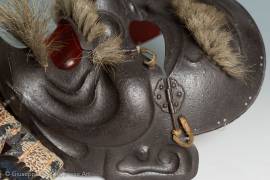 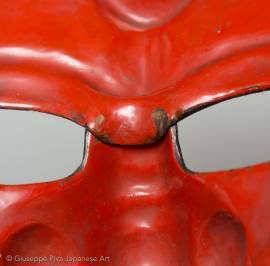