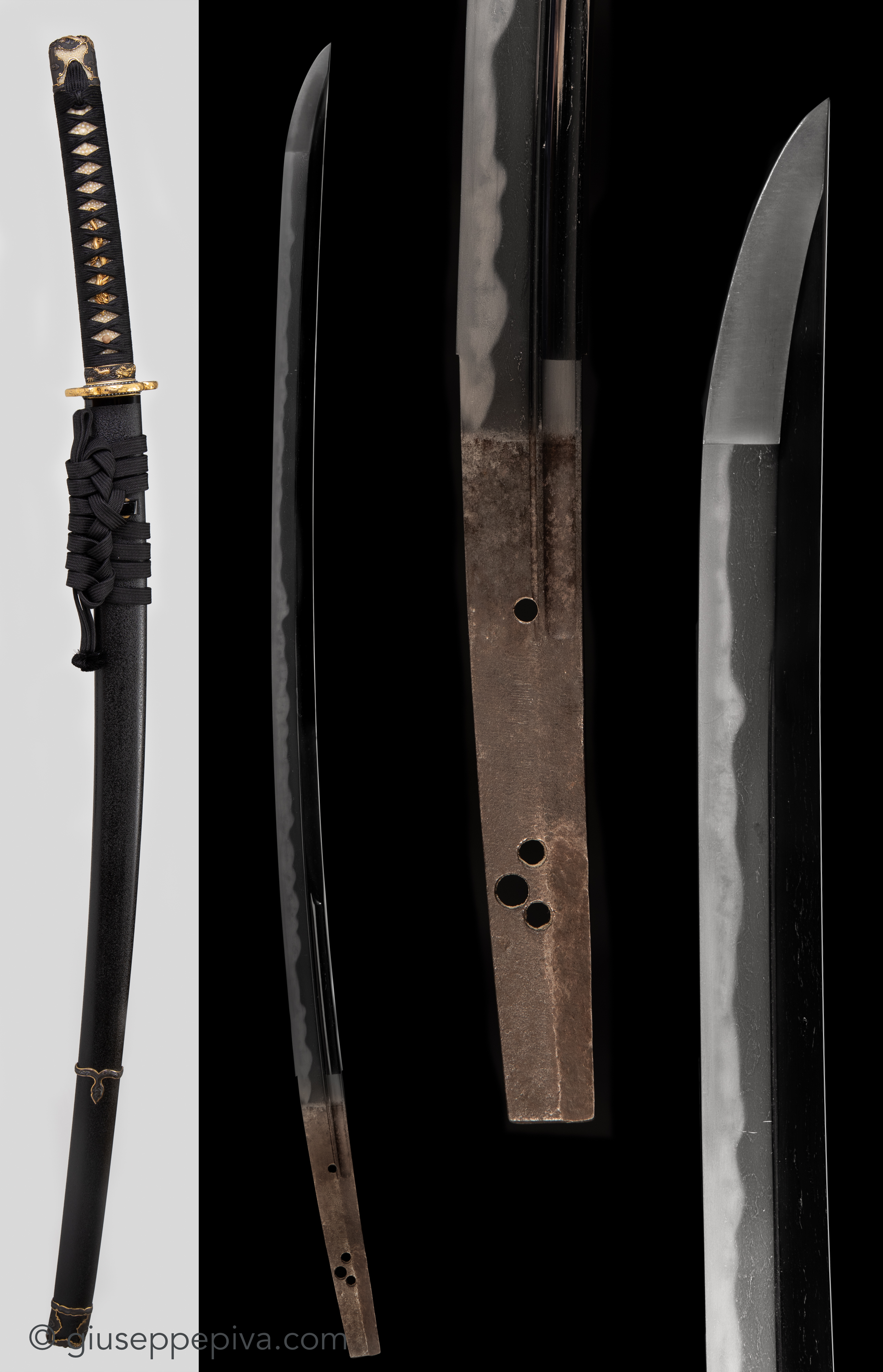 Boshi [point]
Notare ending in kaen on one side and ko-maru on the other.

Koshirae [mount]
The sword is accompanied by a good handachi koshirae with antique high level fittings in shakudo and gold with dragon theme.

Samonji, whose real name was Saemon Saburo Yasuyoshi, is considered one of the top swordsmiths of all times; he is also known with the nickname of “Ō-Sa”, meaning “The Great Sa”, since he used the kanji “Sa” (左) to sign his swords. Samonji worked in Chikuzen, in the Kyushu island, but he broke up with the local tradition around 1340-50 and switched to the Sōshū style ,founded in Kamakura by Shintogo Kunimitsu and perfected by Masamune, Yukimitsu and Norishige. That means he used more nie-based hataraki like kinsuji and sunagashi, with the hamon that became notare mixed with gunome.

Samonji has always been listed as of the the best among the ten students of Masamune (Masamune Juttetsu) and recent studies point out how that his early works are very similar to those of Rai Kunimitsu, which he could have followed before moving on and adopting the elements of the great Sōshū masters.

Samonji was also an active teacher, with several students. The line diminished during the Muromachi period and ended by 1500. This katana can be dated at the mid Nanbokuchō period, meaning it was probably made by a direct pupil of Ō-Sa. The attribution made by the NBTHK is in fact “Katana - Sue-Sa; Ō-Sa Ichimonji”, meaning “Late-Sa katana; pupil of Ō-Sa”.

Even if on the NBTKH certificate this blade is described as “katana”, its shape clearly suggests it was obtained from a naginata and can be described as a “naginata naoshi”. Its style, with the predominance of an imposing kissaki, is quite typical of the Nanbokuchō period, which saw bitter internal struggles and was marked by a climate of virile ostentation both in the context of the opposition of the northern and southern courts, and in anticipation of a feared third Mongol invasion. In that period, blades have been the longest of all time, with an extremely pronounced kissaki, so that they could be repaired in case they were damaged during battle. 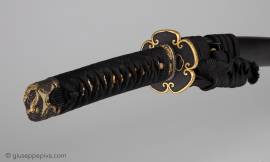 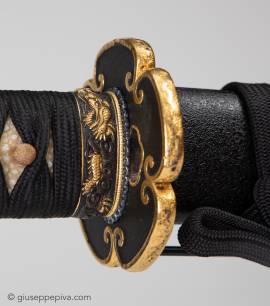 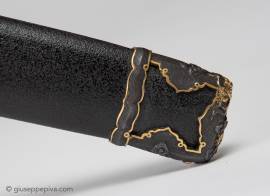 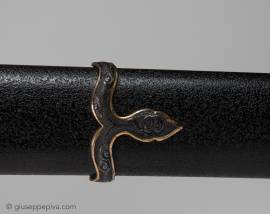 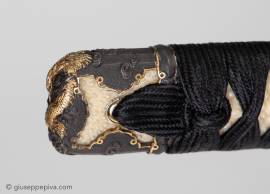 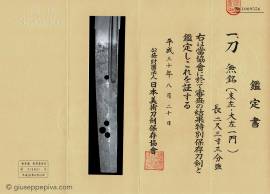