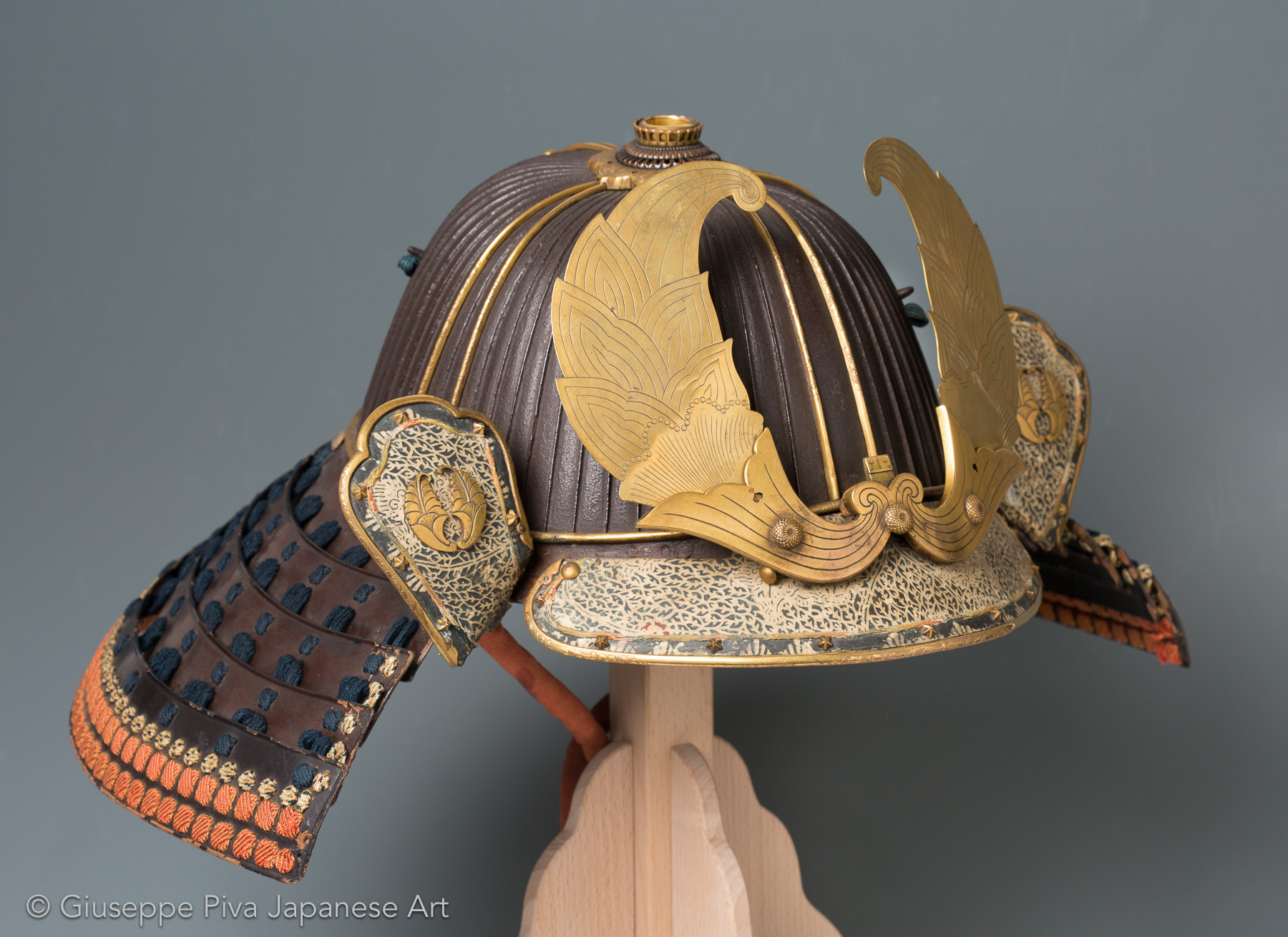 This excellent kabuto is signed by an unrecorded Japanese armorer and is hence an important documental piece. The style and the signature suggest Nobutaka was a student of Myochin Nobuie working between 1570 and 1620; the inside of the helmet has been in fact later inscribed with the date “Tenbun 3” (1534 in Japanese calendar) to suggest this is a work from his master’s period.

The inside bears also three votive inscriptions in red lacquer.

The mounts are of very good quality, with borders covered in carved gilt metal and the kuwagata (frontal ornament fixed to the visor) unusually shaped as the family crest of the Nabeshima clan, two apricot blossoms. Another interesting and unusual feature is the way how fukigaeshi are fixed to the helmet with hooks on the back, without which they are free to rotate on hinges. This feature was used by archers, in order to be able to fold the fukigaeshi and be free to pull the bow’s string close to the eye.

Founded in the late 15th century, the Nabeshima of Hizen province were descended from the Shôni and during the sengoku period became valued supporters of the Ryûzôji family. When the Ryûzôji went into decline after 1584, Nabeshima Naoshige secured his independence and lived to see his family established as Edo Period daimyō. During the Edo period, the clan's Saga Domain became quite famous for the porcelain wares produced there. 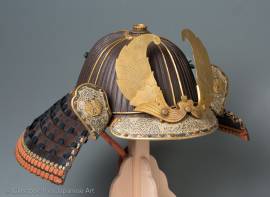 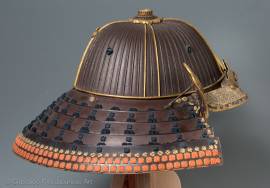 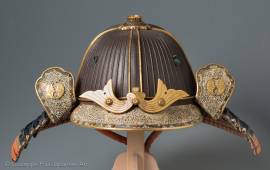 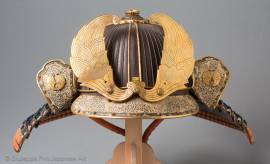 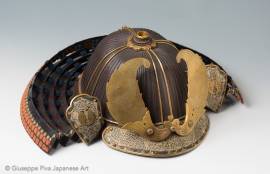 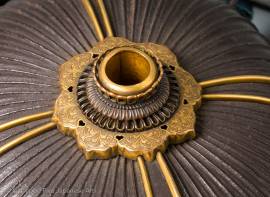 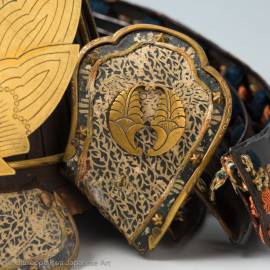 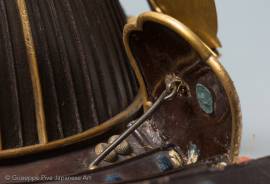 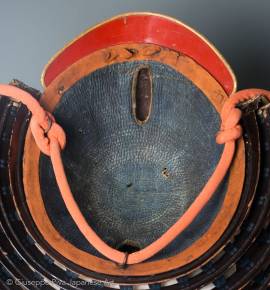 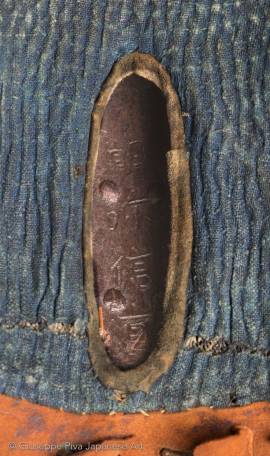 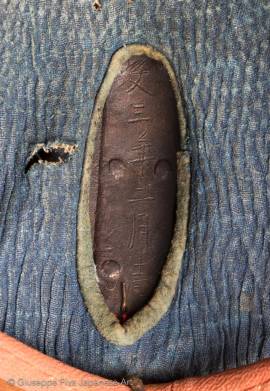 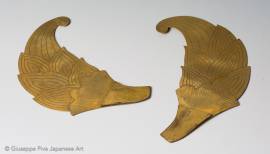