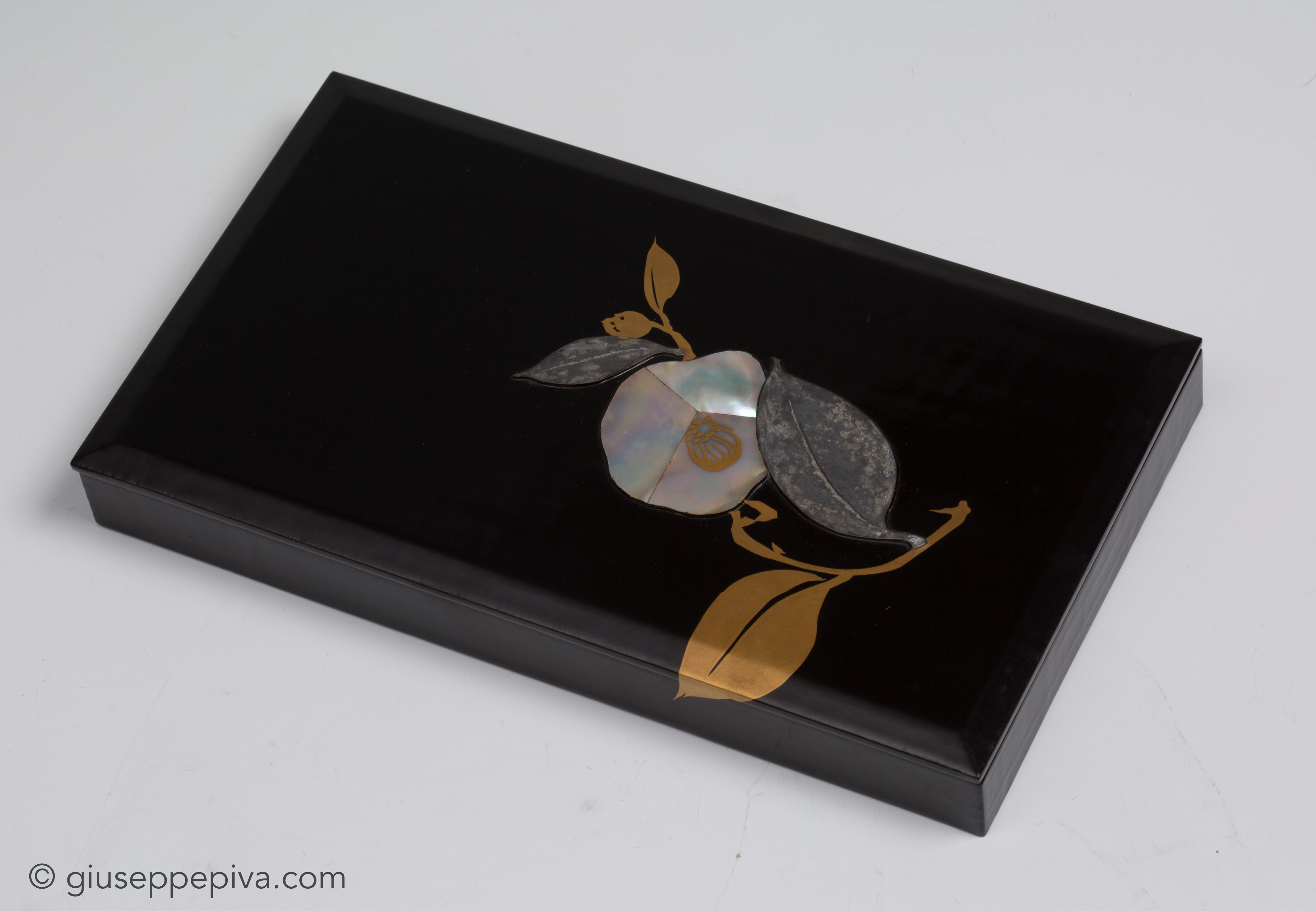 With a signed and sealed tomobako

A black lacquer writing box with inserts in pewter and mother of pearl decorated with camellias. All the lacquers decorated by  Kamisaka Sekka were made by his brother, Kamisaka Yukichi.

Painter and designer, Kamisaka Sekka has been one of the most important Japanese artists who brought the traditional aesthetic in the western world. Sekka came from a samurai family - his father was in service at the imperial palace in Kyoto - and studied art during a very delicate period of Japanese history: the transition between the old feudal system of the Edo period to the modern capitalistic one of the Meiji restoration. It has been a traumatic era for all Japanese people and it had relevant effects on artists and their works. In fact, they had to choose between “old” and “new”, between “traditional” and “international”. Sekka chooses the road of national traditions and committed himself in all the fields he could. Under the guidance of his teacher Kishi Kokei, he decided to follow the art of the Rinpa School, using plain and simple designs. 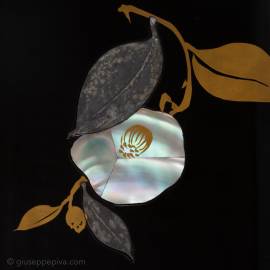 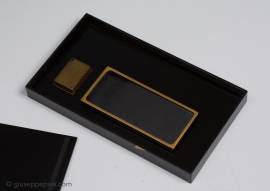 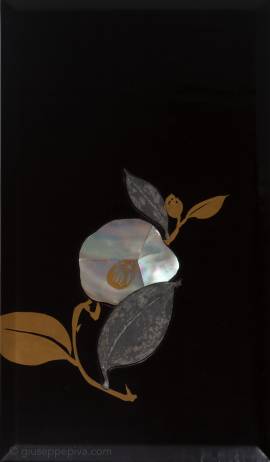 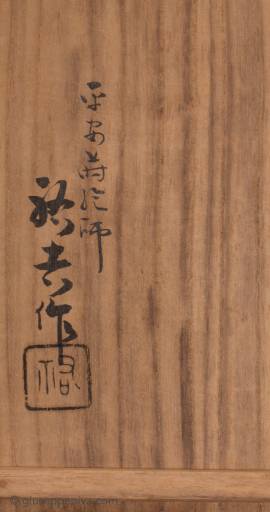 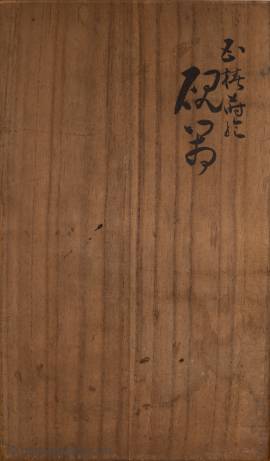